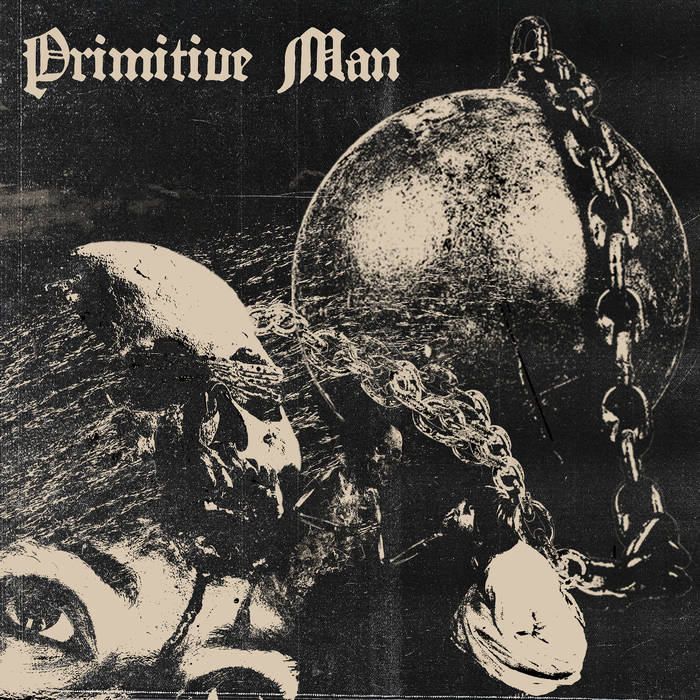 What I Like: The promo copy of this album was tagged with one word for the genre: "misery."  While it gave me a chuckle to see it, I can't think of a better description of Primitive Man's music.  Caustic is over an hour of endless torment and anguish; a level of suffering rarely understood beyond those who have truly experienced the toxic mixture of rage and sorrow that accompanies unexplainable loss; or perhaps acknowledgement of the infinite.  Musically, those familiar with the band will find themselves in familiar territory: soul-crushing, sustained chord progressions and anguished death metal howls.  I picked up on a few slight evolutions in the occasional (highly effective) use of guitar effects to heighten the experience as on "Commerce" and "Sugar Hole" among a few others   The sudden jolt of tracks like "Sterilty" are also welcome in terms of pacing.

Critiques: If you lack patience, and avoid sounds based in drone, an hour and fifteen minutes may be a bit much.  You're not going to get much in the way of variation or surprises...just "another f#&king wasteland."

The Verdict: Primitive Man aren't a band that one goes to for fun; listening is an act of self-inflicted punishment.  Caustic is the sonic equivalent of an extended session of flagellation.  That potentially sounds awful, but ultimately no one does it better than Primitive Man.  I am not generally a big fan of repetitious, droning doom... And yet this still gets me right where it matters. Ethan and company are the masters of misery indeed.  Stream it early HERE.