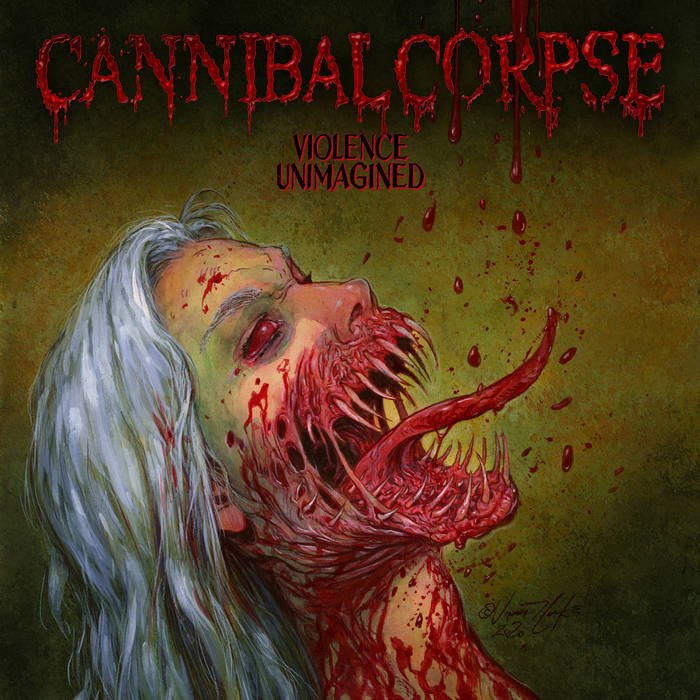 Review of Cannibal Corpse and their new 2021 album Violence Unimagined via Metal Blade Records. Cannibal Corpse is as death metal band formed in 1988 and one of the big driving forces of the genre's Florida scene. Violence Unimagined is the band's FIFTEENTH album in their thirty-second year of existence (0_0), and the first to feature guitarist Erik Rutan of Morbid Angel, Ripping Corpse and Hate Eternal as part of the fulltime lineup in addition to production duties. Key Tracks: Murderous Rampage, Inhumane Harvest, Necrogenic Resurrection