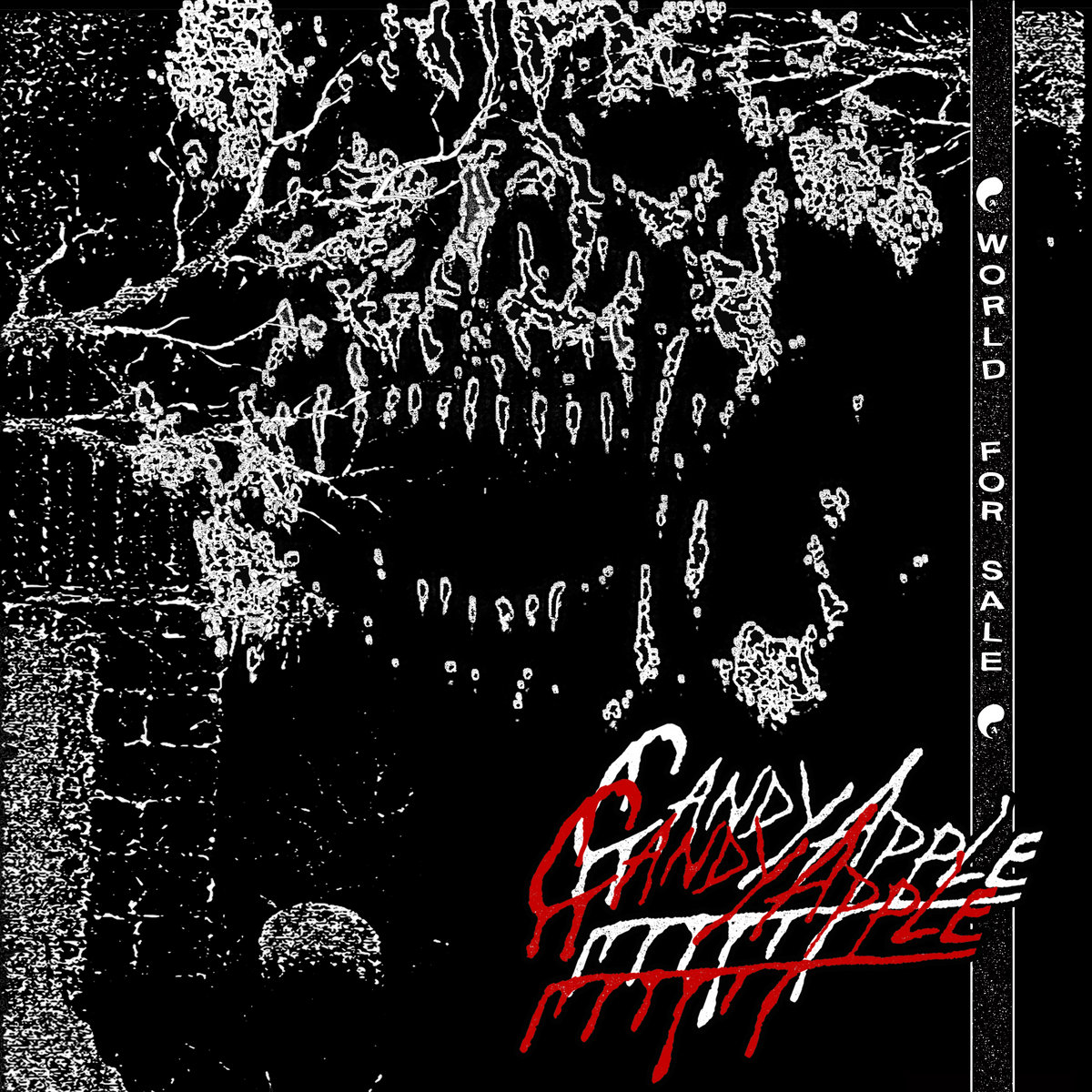 World for Sale
by Candy Apple

I always find it interesting when bands have names that seem to be the polar opposite of their sound.  Take Denver’s Candy Apple for example, who sound like they could be a power pop or other mellower rock act but instead go right for the throat with aggressive and in your face hardcore punk.  Over the years they’ve only seemed to get angrier and louder, with last year’s Sweet Dreams of Violence full-length offering up reverb heavy hardcore punk and moments of respite that had hints of post punk and even some rock ‘n roll.  Candy Apple has quickly followed that up with a new EP titled World For Sale, which throws out all the respite and delivers raging instrumentation and vocals that leave behind scorched earth in their wake.

When a lot of bands in the hardcore punk spectrum decide they want to be faster and louder, their music sometimes devolves into a wall of similar sounding riffs and pure noise.  This definitely has its place but can sometimes be disappointing if said group had more nuance to their prior material.  Candy Apple has dodged this issue on World For Sale, and while you won’t find any unexpected cuts like “The Cowboy” this time around each of the four tracks takes a slightly different approach that makes them stand out.  Where Sweet Dreams of Violence relied upon a sometimes-washed-out sound that had an almost garage rock aesthetic at points, World For Sale comes in like a wrecking ball with a much more direct sound that allows its guitar and bass work to be much clearer despite just how loud and noisy everything is.  The in-your-face volume adjustments and swagger behind these riffs makes an immediate impression, and the quick and punchier nature will likely get these songs stuck in your head.  Whether it’s the mid-tempo, looser nature of “Re-Animator” that culminates in blast beats that are on par with the intensity of most metal or grind bands or the lurching bass riffs that end “I Don’t Wanna Talk About It”, there’s a lot that stands out in a short period of time.  There’s a familiarity to what Candy Apple is doing here, but they’ve showcased an aggressive side that goes beyond their past material and hits as hard as possible.

The shifts in production have resulted in a more direct approach to the vocals as well, as they were layered behind a healthy amount of reverb and felt buried underneath the rest of the band on Sweet Dreams of Violence.  Here it sounds like the screams and yells are directly in front of you and there’s an added weight to the performance that suits the violence and speed Candy Apple is going for on this EP.  I like this approach as it gives off intensity similar to what I imagine the band would be like on-stage, and that makes a big difference.  Admittedly there are a few moments on “Re-Animator” where it sounds like the vocals are being stretched just a little too far, but this is a small detail that doesn’t take away from how strong the performance is.

Considering the relatively quick turnaround between the full-length and this EP, it’s surprising just how many tweaks Candy Apple has made to their music.  But the changes are welcome ones, as they’ve gone for an even noisier and in your face approach that makes their riffs hit like a freight train.  I’m curious if some of the mellower exploration from Sweet Dreams of Violence will resurface on a later release with this more direct recording style, but no matter what happens this EP is going to remain on my playlist for some time to come.  World For Sale is available from Convulse Records and Smoking Room.