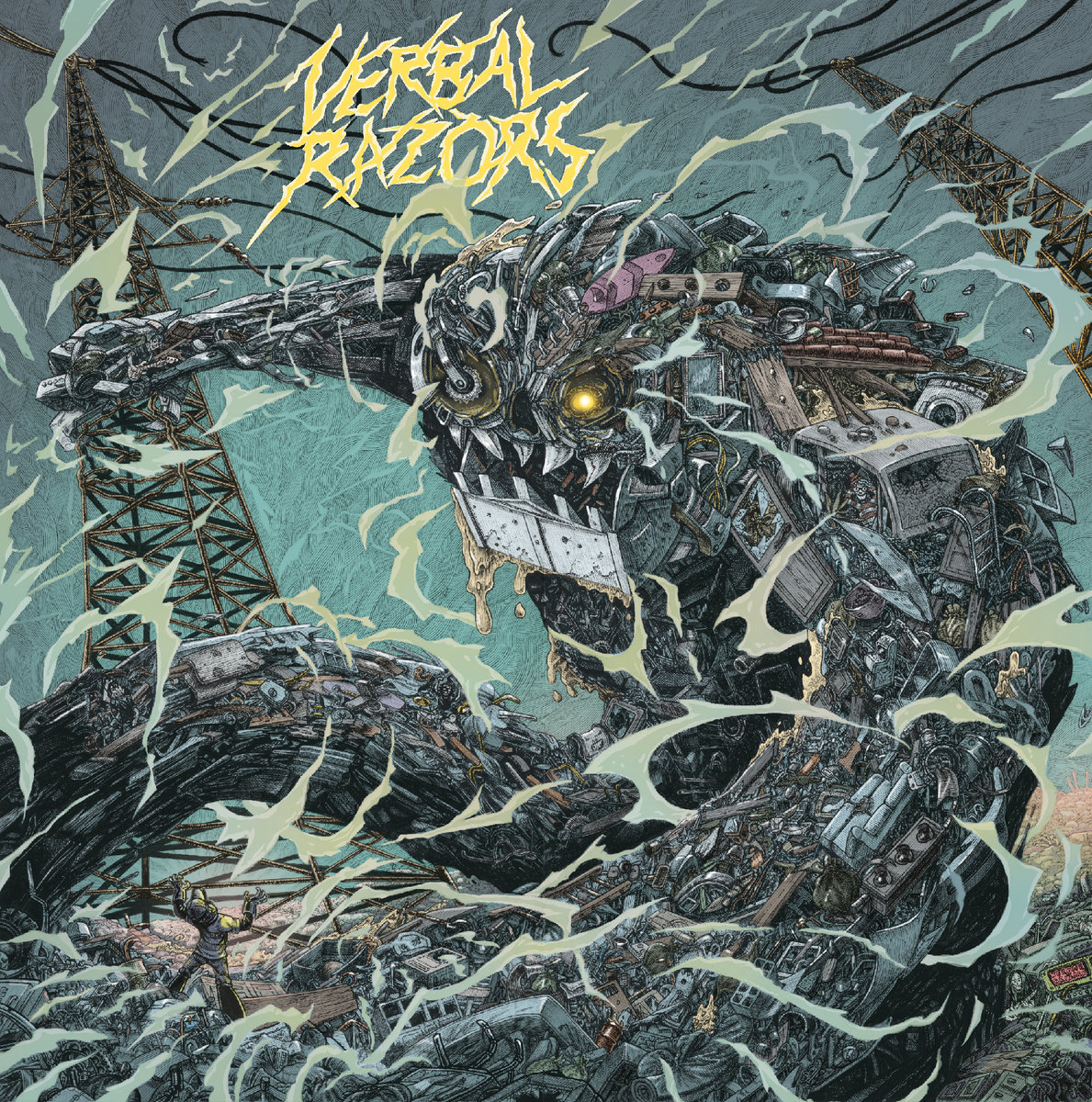 By Thunder and Lightning

By Thunder and Lightning
by Verbal Razors

Crossover thrash is most often associated with the U.S., as many of the originators of the style and current well-known bands like Municipal Waste and Power Trip hail from the country, but there are still plenty of groups from around the world that can do the style justice.  One you may not have come across before is France’s Verbal Razors, who have been around since 2008 and recently released their third full length album By Thunder and Lightning.  Offering twelve tracks (or thirteen if you get the CD or LP) that fly by in just over half an hour, these guys truly balance all sides of crossover together with a few additional metal influences and deliver material that’s high energy and downright fun to listen to.

One of the first things I look for from a record in this genre is how different the riffs are from one another, as it’s easy enough for a band to play fast and with an immense amount of energy but so many of them write songs that all blur together by the end.  While there are some similar formulas to some of the songs on By Thunder and Lightning there’s plenty of standout leads and stylistic changes that catch your attention even as each one flies by one to two minutes.  As you’d expect, there’s a healthy dose of scorching thrash leads and chunkier tonality that feels like it’s going to bulldoze through your wall, with the jaggedness and bite of punk to back it up.  But Verbal Razors throws in a bit of speed metal and NWOBHM influence on songs like “Party Mate” and “Order by Kicks”, and the shifts over towards some of these other old-school heavy metal styles gives the band a different overall vibe than many of the other modern crossover thrash artists out there.  That’s not to say that every single track has a standout moment as a few of the quicker ones do blur together slightly, but in comparison to much of the genre there’s a lot more variation to the songwriting and the energy level remains through the roof no matter where the instrumentals go.  Plus, any album that makes me want to crank the volume to max and start a one-man pit while quarantined gets a thumbs up.

If there’s one element of Verbal Razors’ music that could prove to be a sticking point for some people, it may be the vocals.  That’s not to say that lead singer Simon does anything significantly different from what you’d expect from this genre, as he has one of those screaming/yelling ranges where it’s easy to make out most of the lyrics and he’s backed up by two of the other members who provide some gang vocals.  But there’s something about the performance and how the record was mixed that often makes it feel a bit muted compared to the instrumentals, as while there are moments where he breaks free from the high flying riffs and stands above it quite often he gets slightly drowned out by everything else happening.  It doesn’t quite have the same intensity and fire of some of the group’s inspirations, but it’s hardly a deal breaker either.

They may not be reinventing any elements of crossover thrash, but the injection of some additional metal elements and the downright infectious nature of some of the leads makes Verbal Razors’ latest album well worth checking out for fans of the style.  The vocals could stand out a bit more compared to the nonstop fire of the guitar work, but as a whole this is a strong showing and for a band named after an Exodus song they do the old guard proud.  I may not associate French metal with thrash that often, but with more albums like this that just may change.  By Thunder and Lightning is available from Deadlight Records.