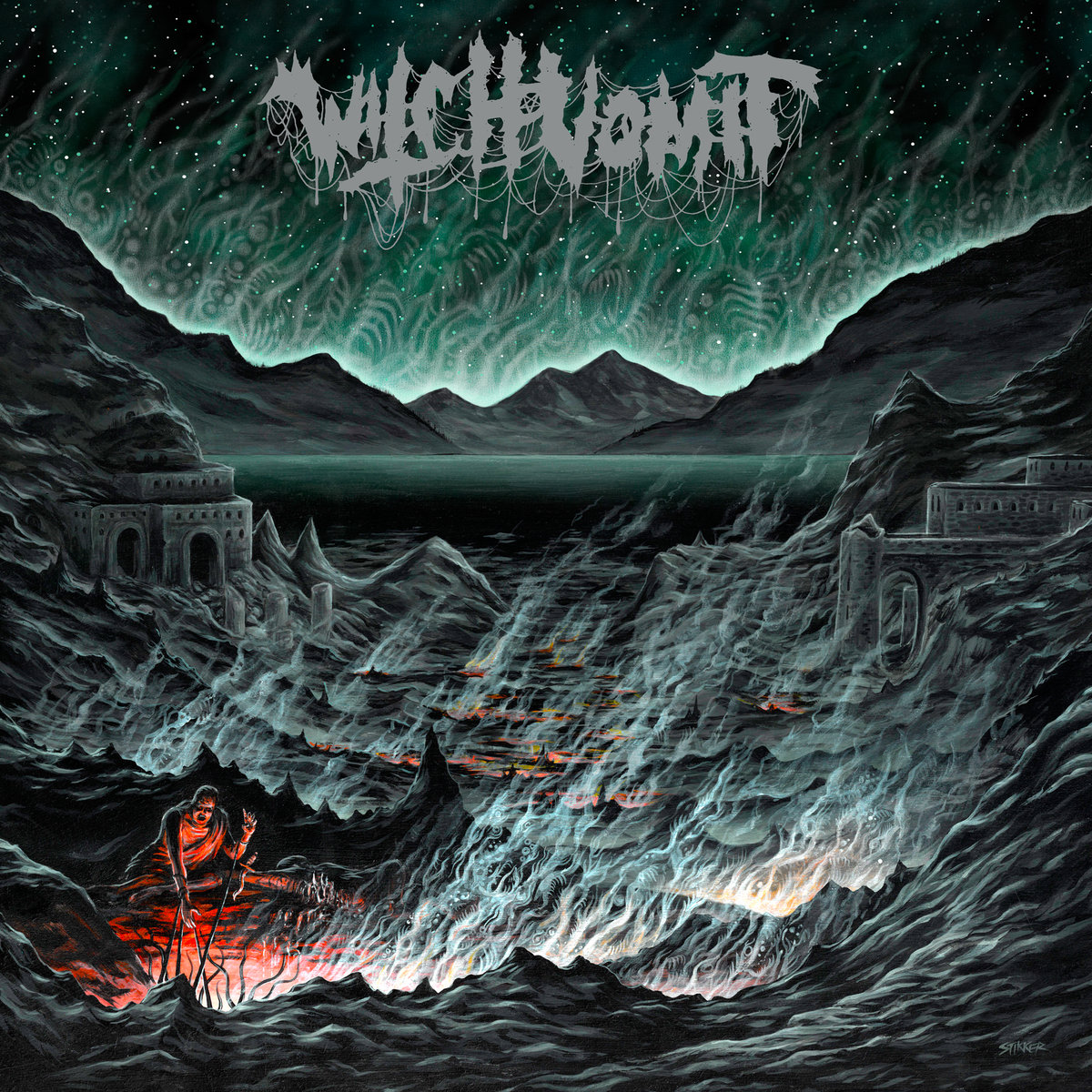 Buried Deep in a Bottomless Grave

Buried Deep in a Bottomless Grave
by Witch Vomit

Portland’s been producing plenty of killer death metal over the years, with Witch Vomit being one of the more recent ones to stand out thanks to a strong full length and EP between 2016 and 2017.  With members that also play in Dagger Lust and Torture Rack (to name a few), it’s clear these guys are a very productive bunch and this year they’ve put the finishing touches on Witch Vomit’s sophomore full length Buried Deep in a Bottomless Grave.  This time around it seems like the pace has gotten even more furious than before and the production has pushed outwards towards an even fuller sound that lets the grotesque tonality come through with sickening impact.

Witch Vomit’s always kept their writing on the short side and that’s once again the case with Buried Deep in a Bottomless Grave as it comes in at twenty-seven minutes in length, but the band crams a considerable amount of content into that period.  There are some slower transitions but compared to other death metal groups that let the slow, lumbering sections expand outwards here they last for an incredibly brief span of time before the band refocuses their attack.  Compared to their previous two releases there’s even more of an emphasis on speed and transitions, with scorching riffs and solos flying by with such intensity that there’s barely a chance for the listener to breathe.  This is bolstered by a fuller production that makes the instrumentation have some real weight to it, and the filthier tone of the guitar breaks free in such a way that a perpetual stench seems to fill the air.  Even with the brisk pace there are moments to the album that stand out and it doesn’t fully blur together as sometimes can be the case when the focus is speed and the attack, though it may take a few times through to fully get a feel for everything happening here.

T.T.’s vocals have only seemed to get more twisted and nightmarish with each Witch Vomit release and they’re used to full effect here, as after a short instrumental section on opener “From Rotten Guts” he launches into guttural growls and some downright terrifying shrieking.  Given the type of pitches he uses in Dagger Lust this seems appropriate, and it’s just as impactful when backing the material on this album.  Not only is he able to hit a bit more range than the average death metal vocalist but the pitches are so filthy that it really enhances the overall sound, and that helps Witch Vomit to further stand out.

20 Buck Spin’s been crushing it this year with great death metal and Witch Vomit’s latest is up there alongside Tomb Mold and Superstition.  It flies by quickly but grabs you with its filthy tonality, nightmarish vocals, and constant attack on the senses.  Buried Deep in a Bottomless Grave is out now from 20 Buck Spin.