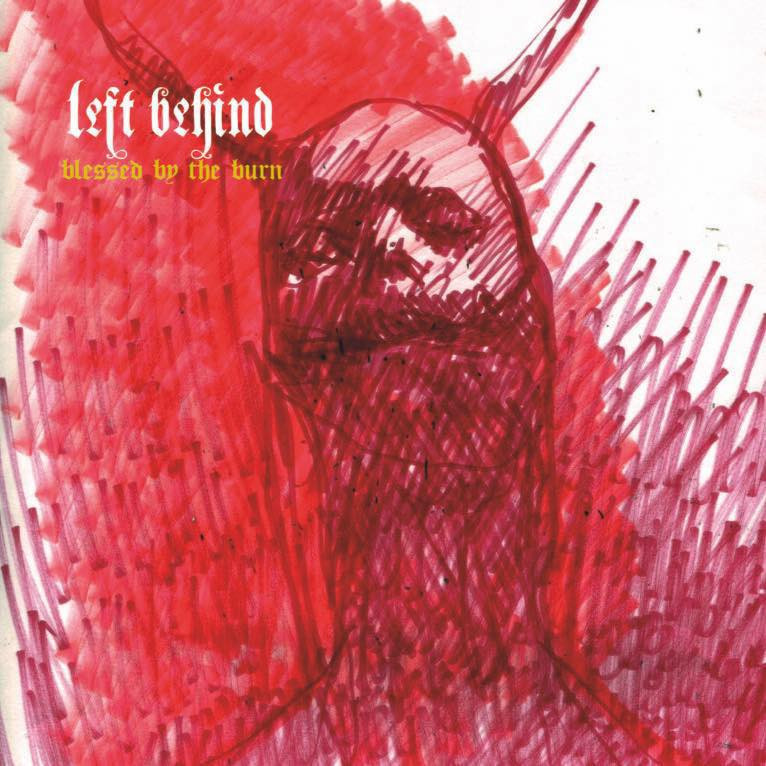 Blessed By the Burn

Blessed By the Burn
by Left Behind

The Pitch: Charleston sludge and death-infused hardcore band Left Behind with another excoriating new album hot on the trail of the crushing Seeing Red.  FFO: Early Helmet, Wolf King, The Apex

What I Like:  Seeing Red was a real treat; an insanely heavy release that pulled no punches.  Hell, it was one of my favorite albums of 2016.  Blessed By The Burn showcases a band with no interest in toning things down.  The first proper vocal outburst on this record is "Right behind you, f#%king b&#ch!"  It's far from a creative or subtle intro, but Left Behind never feigned to be Fitzgerald.  Quite to the contrary, their blunt, caveman-like lyrical delivery is a large part of what drew me to the band to begin with.  They are the unbridled id; the bull in the china shop.

So the vocals haven't seen many changes from their borderline death metal heaving, but there have been some mild shifts in the instrumentation.  In addition to Left Behind's usual focus on sludgy, downtempo drumming and oppressive, buzzing distortion, I am sensing an increase in Southern fried hooks.  This ain't Lynyrd Skynyrd, but expect to hear a number of riffs that'll have you reaching for an extra helping of cornbread and pulled pork.  The title track, aside from the abrasive vocals, is something I'd expect to hear on a Crowbar or Weedeater record.

Critiques: While I still appreciate the crater-inducing impact of Blessed By the Burn, it is missing a certain X factor that was present on Seeing Hell.  The songs don't strike me as being quite as memorable, and there are fewer striking scream-along moments that made that album so much fun.  It's not a major decline, but it is noticable.

The Verdict: Above all else, Blessed By the Burn is among the most unapologetic and uncompramising albums of the year.  While I don't find it to be as catchy or immediately satisfying as its predecessor, it's still an enjoyable, cathartic release of inner demons.  "It's like putting out a fire with gasoline." Buy HERE.

Flight's Fav's: Paranoid, Burn Out, Sweetness of Nothing