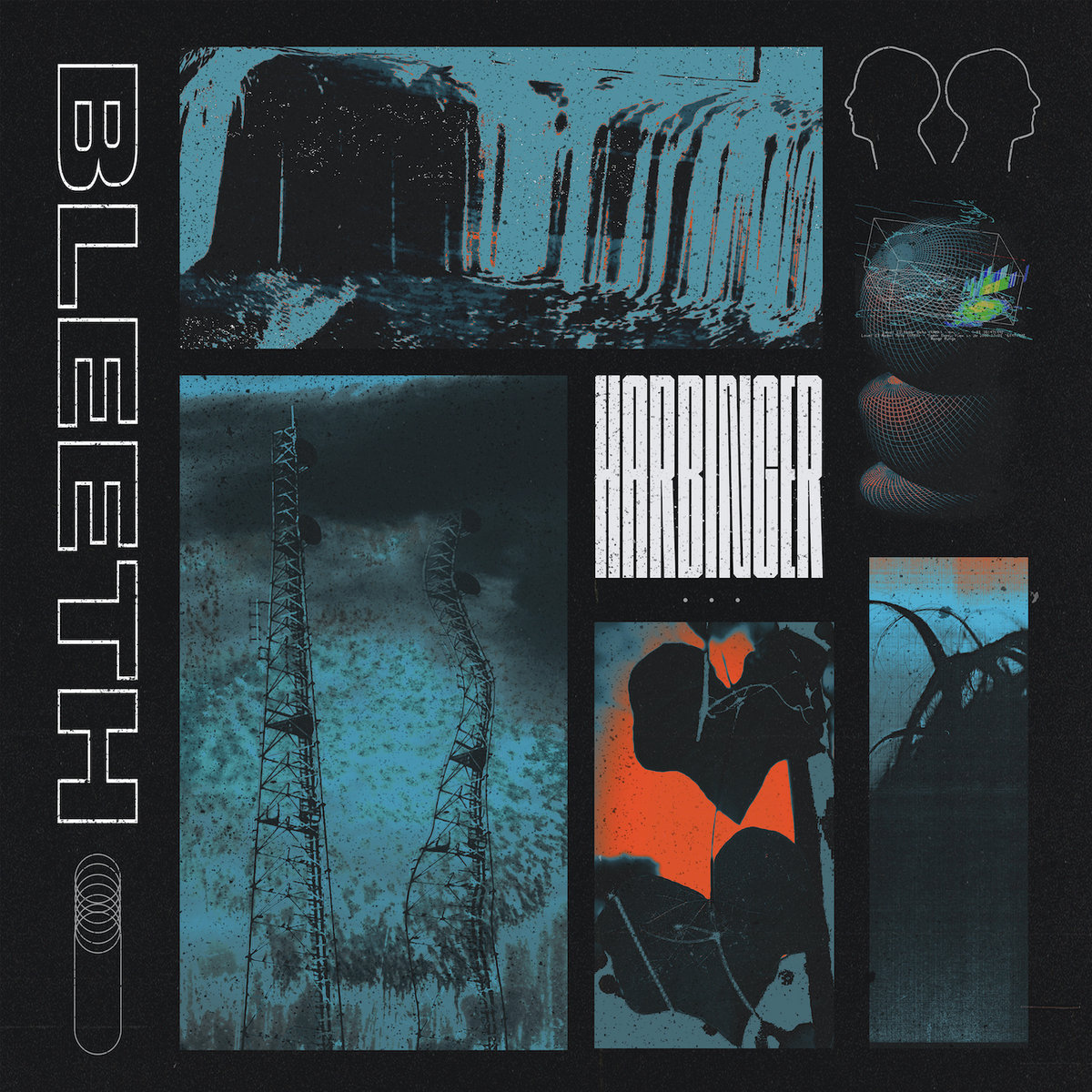 Miami based Bleeth occupy an interesting space within the sludge genre, channeling just as much noise and alternative rock with some industrial slants on their latest album Harbinger.  Harbinger follows up 2018’s Geomancer and emphasizes shorter tracks with faster tempos, hurling a flurry of jagged and ever-changing riffs at the listener.  Although sometimes it feels just a bit too short and doesn’t fully allow all of its ideas to fully reach their peaks, this new direction is still likely to leave an impact on listeners and showcases Bleeth’s ability to transform and deconstruct their sound in interesting ways.

There’s a consistent flow between each of the six tracks, and even though it doesn’t feel like they’re part of a larger instrumental narrative the way they bleed into each other ensures listeners aren’t given too much breathing room for the seventeen-minute run-time.  “Initiation” starts things off in more familiar territory with a lumbering, powerful sludge/doom groove that sounds like it could shatter glass windows at higher volumes, but around the halfway point in the drums and guitar shift over to more jagged rhythms that remind me of both post metal and noise rock.  This type of transformation continues on each song, and you’ll hear elements of bands like Godflesh when the industrial flourishes pop up as well as moments that bring in a little bit of 90s alt-rock but run through a metal filter.  It’s a combination that works well and sometimes comes across like an amalgamation of classic lineups from the likes of Amphetamine Reptile or Robotic Empire without sounding too close to one band from either of those labels.  However, despite the fact that the noisy, angular riffs and sudden blasting sections feel like it was tailor made for my tastes, I did find that seventeen minutes is just a bit too brief for what Bleeth is going for here.  Songs like “Skin of Your Teeth” come through with full impact, but a few of the others seem to end before they fully hit their peak level of destructive power and bleak atmosphere.  I can appreciate the group’s desire to go for shorter arrangements and faster overall tempos, but they do seem to be cutting themselves off a little too early.

One of the elements that drew me to Harbinger was the vocal switch-offs between Ryan Rivas and Lauren Palma, as the interplay between the two reminded me a bit of Kylesa but with different pitches.  Rivas and Palma are constantly changing their approach from one song to the next, as Rivas sometimes has a much deeper and pissed off sounding growl while other moments find him having some additional electronic distortion that falls somewhere between the vocals on a Godflesh or other death industrial album.  Rivas meanwhile screams and sings in equal capacity, which is where the noise and alt-rock comparisons come into play, but there’s still a significant amount of aggression behind every word.  Like with the instrumentals, the vocal work is hard to pin down into a specific genre and that’s part of what makes the material leave an impact.

Bleeth’s direction on this follow-up is an interesting one, as they’re constantly shifting rhythmically and tonally in ways that capture many different styles of heavy music.  It’s aggressive and jagged, yet there are flourishes of bleaker melodies that worm their way into your subconscious, and while the band could still take some of these ideas further there’s still plenty here that will draw me back for another bludgeoning.  Harbinger is available from Seeing Red Records.