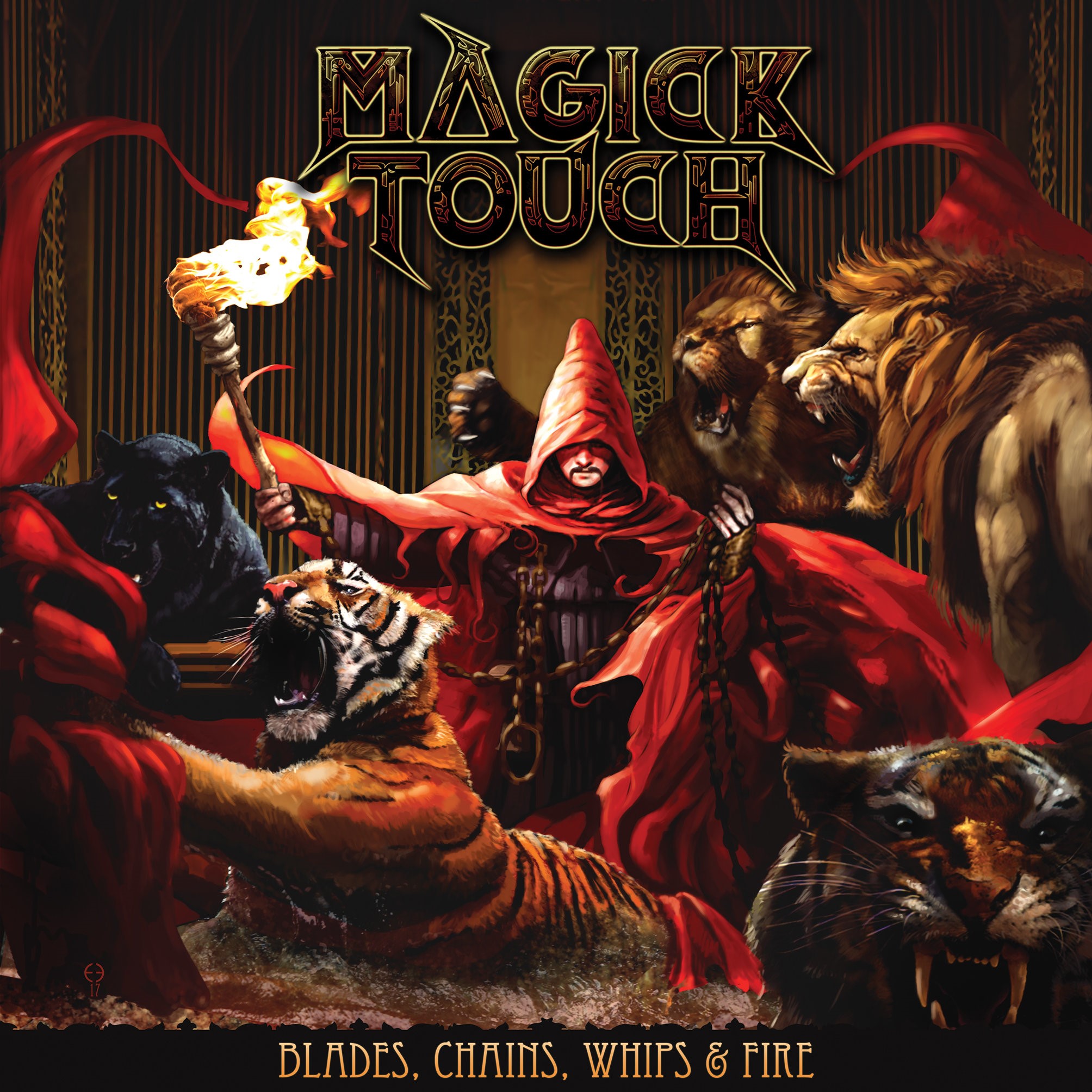 When it comes to rock ‘n roll and heavy metal, the riff is king.  Norwegian power trio Magick Touch showcased a firm grasp on that concept with their debut full length Electrick Sorcery back in 2015 and a little over two years later they’re back with another high energy release titled Blades, Chains, Whips & Fire.  Where their debut provided a hefty dose of blues/hard rock that pulled in a wide range of 70’s and 80’s influences, this follow-up straddles the line between rock and early heavy metal.  The riffs impress from start to finish and while Magick Touch is sure to remind you of a slew of different bands they twist it into a mixture that stands on its own.

Spread across ten tracks, Blades, Chains, Whips & Fire keeps things fairly lean with the majority of the songs running between three and four minutes in length.  The group uses to their advantage, hitting the listener with immediate hooks that stick around just long enough to get you nodding along to the groove without overstaying their welcome.  For much of the album Magick Touch keeps the tonality and guitar leads right at the intersection of classic hard rock and heavy metal, with hints of Sunset Strip glam and AOR added in for good measure.

There are plenty of groups out there paying tribute to a wide range of rock legends right now, particularly in Scandinavia, but where these guys stand out is in their ability to channel a different side of the genre on every song.  While listening to Blades, Chains, Whips & Fire a number of different bands are sure to come to mind, but Magick Touch never falls too closely into the template of any particular one and just when you think you’ve got them figured out they tweak the formula.  The recording also gives off a warm, earthy tone with just the right amount of weight to the instrumentals which ensures that this album really puts the “hard” in hard rock.

With two of the three members handling vocals, Magick Touch ensures that their vocals are just as high energy and varied as their instrumentals.  This is one of my favorite aspects of the album, as there are plenty of harmonies that fill the sound and instantly grab your attention.  The overall pitch skews towards the higher end of the spectrum, though there are a few dips into slightly gruffer pitches on the title track and a few other key moments.  Weak singing can derail any type of rock album quite easily, so it’s great to see that this band has two capable vocalists in their ranks that really help to push these songs over the top.

Like any album with a classic rock flair, Magick Touch’s sophomore effort has an air of familiarity to it.  But even if individual sections remind you of a specific band, the combination never treads too closely to one formula and shakes things up from one song to the next.  Plus when you have non-stop hooks when it comes to both guitar leads and vocals without a single weak song, you have an album worth paying attention to.  Fans of everything hard rock and heavy metal take note!  Blades, Chains, Whips & Fire is out now on Edged Circle Productions.