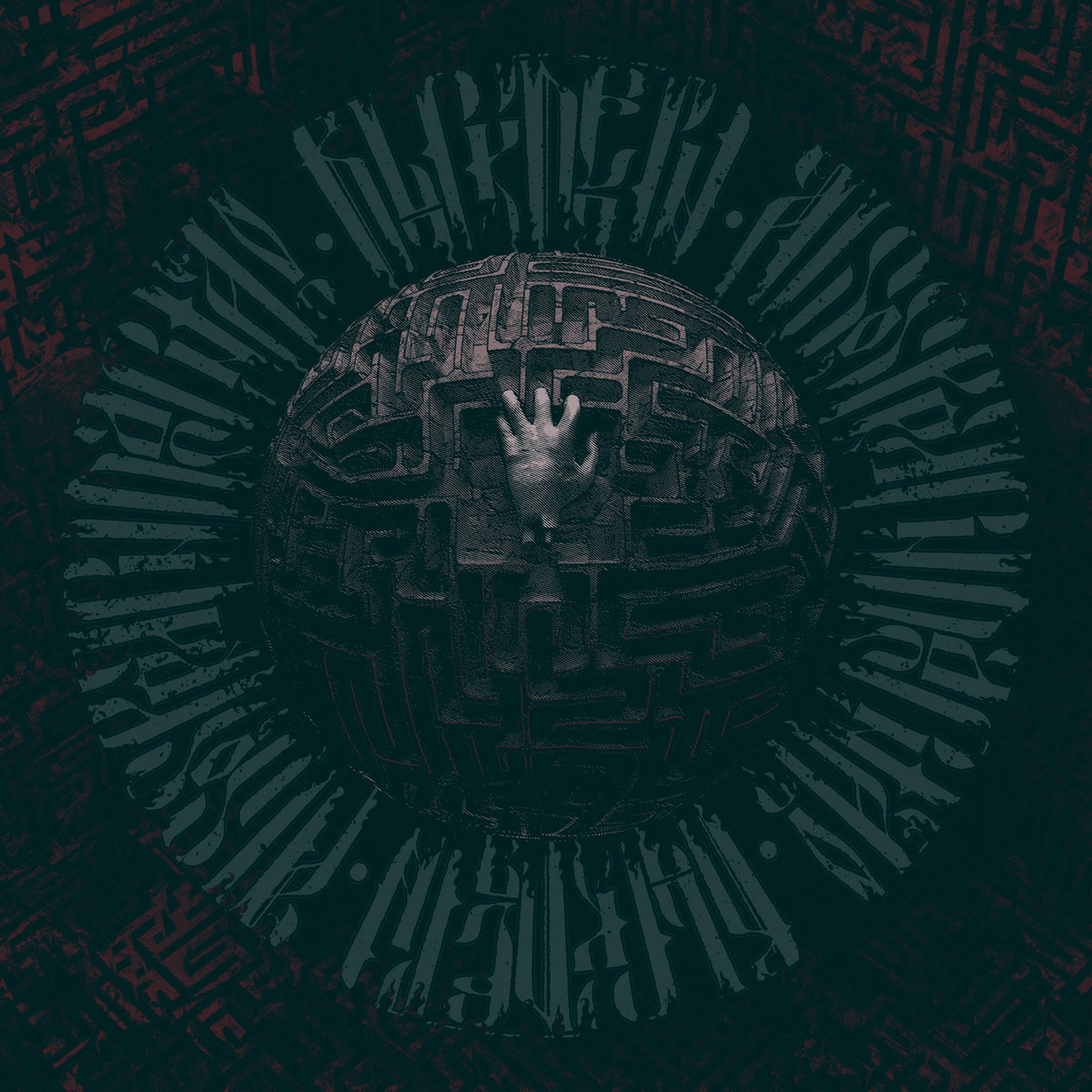 Blackdeath’s roots stretch all the way back to 1995, making them one of the earlier and more productive Russian black metal bands out there.  Despite releasing ten albums to date they haven’t gained quite as much notoriety as artists from other countries but diving into their discography reveals a beginning in rawer bludgeoning that has given way to some more eccentric and experimental flourishes.  Their last few albums Gift and Phantasmhassgorie remained firmly rooted in black metal’s violence and fire, yet there was often something to the rhythms and vocals that felt a bit more twisted and different from the norm.  For full length number ten, Also Sprach das Chaos, Blackdeath has fully embraced their strange and psychotic side without losing their fundamentals, offering two tracks in thirty-four minutes that sprawl outwards like a stream of consciousness from the psych ward.  It’s likely to be a bit of an acquired taste, but those who have found themselves drawn in by bands such as Urarv and Dødheimsgard will thoroughly enjoy the madness.

The promotional material that came with Also Sprach das Chaos mentions that the band considers this album to be a play of sorts, and that makes the free-flowing nature of the instrumentation make a bit more sense.  I know that mention of theatrics and stage plays might have you running for the hills after the oddity that was the recent Furia album, but bands like Cultes des Ghoules have proven that you can bring these approaches into a black metal framework and Blackdeath also backs that up.  Despite the sound being as abrasive as anything in their back catalog, there’s a playfulness to the way the guitar and bass seem to dance over the recording with a fluid yet sinister feel.  Each of the two tracks has a lot to take in, and despite the length of each one the band manages to keep things interesting throughout thanks to plenty of well-placed twists and turns.  Opener “Paralysiertes Äquinoktium” launches right into icy guitar leads and booming bass lines that retain black metal’s key elements, but by the halfway point each note feels like it has been bent and twisted into something recognizable.  This holds true on “Im Labyrinth”, where the rhythms seem to bend in a more avant-garde manner and come through like an aural representation of madness.  It’s hardly progressive or post, yet the way Blackdeath has twisted their black metal roots here feels a bit twisted and strange compared to both their previous discography and the average genre release.  The bursts of effects at key moments courtesy of Abigor’s T.T. adds to the psychotic, nightmarish tone, and the early appearance of them on “Im Labyrinth” even reminds me a bit of Mysticum.  It’s a lot to take in and demands several times through to get all the details, but like some of the other black metal that likes to push outside of the usual boxes the effort proves to be worth it.

Despite hailing from Russia Blackdeath has often written their lyrics in German, which gives them a different sound compared to their fellow countrymen.  On Also Sprach das Chaos Colonel Para Bellum delivers these German lyrics in a deranged manner, often sounding like he is having conversations with himself from one verse to the next.  This adds to the avant-garde feel of the album, and at certain points brought Aldrahn (Urarv, ex-Dødheimsgard) and ICS Vortex (Borknagar, Arcturus) to mind which added to the appeal for me.  “Paralysiertes Äquinoktium” ends with chanting courtesy of all three members that shifts the sound inwards, like you’re peering into the psyche of each of them at the same time, and it serves as an interesting segue way into the next song.  This section does stretch on just a bit too long for my taste, but this proves to be a minor detraction overall.

Phantasmhassgorie offered plenty of strange and unexpected moments, especially on its second half, but I can’t say that I was expecting Blackdeath to follow it up with something that blew their sound completely outwards.  In lesser hands the material could’ve dragged and not justified its track lengths, but this trio has managed to keep things interesting and injected even more twists and turns without losing their core identity.  It’s further proof that bands like this can take black metal and mess with it a bit without needing to soften things up, and it’s a stunning achievement from a group more people should be aware of.  Also Sprach das Chaos is available from End All Life Productions.