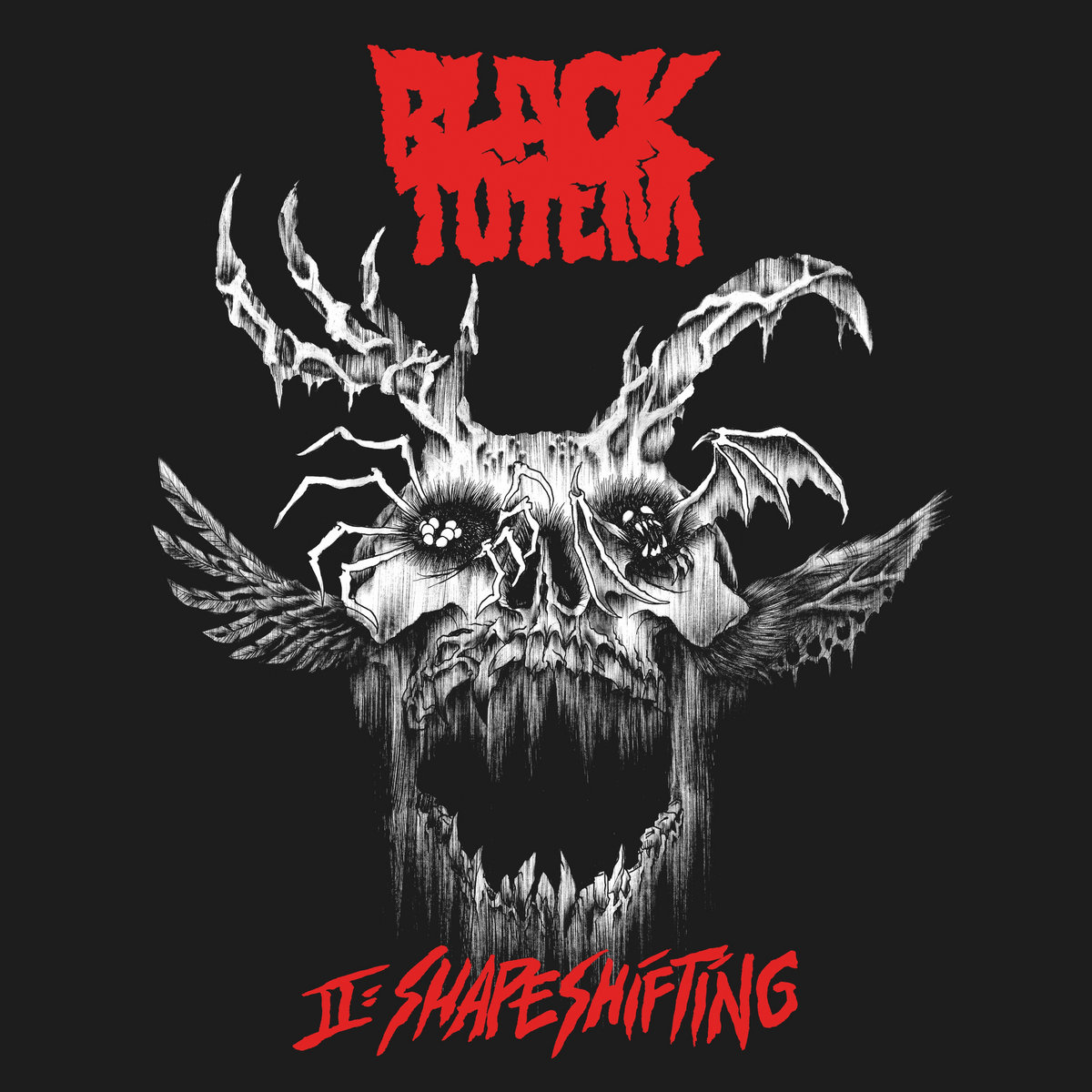 Black Totem’s been lurking in the underground since 2008, but this year’s II: Shapeshifting is the first time I’ve come across the Finnish deathrock/punk band.  As the album title’s use of numerals and bluesy guitar work might indicate, this is a group that takes a significant amount of influence from Samhain and the first couple of Danzig solo albums, with singer Spit Poison even doing coming extremely close to the pitch of the man himself.  It’s a quick and fun album that adds a bit more doom into the mixture, and while the songwriting doesn’t always reach the same level as those classic efforts there’s still a lot to like about what Black Totem has on display.

Having gone back to sample what I could find of the group’s previous discography, it sounds like Spit Poison’s voice moved much closer to Danzig’s bluesy and gruffer singing pitch on their self-titled full length in 2015, with the singing having a different tone prior to that.  In the six years that have passed Poison has clearly improved on that further, sometimes hitting so close that you could swear you were listening to a Danzig or Samhain B-side.  It’s the closest I’ve heard another singer come since Nightbitch’s Chris Taylor and is something that drew me to Black Totem’s material right from the start.  There’s a swagger to the performance that gives the band a lot more energy than some of the others of this type, and with the bluesy and soulful backing vocals on many of the tracks it does help the album to stand out a bit more. The lyrics often have a horror and tongue in check edge to them, making this a fun and gritty listen.

So, the vocals are likely to be what most people are drawn to first, but what about the riffs?  This is where I found Black Totem to be somewhat hit or miss with their mixture of genres.  Rather than going one for one with the bluesy rock and heavy metal of Danzig, this group uses that as a base and adds elements of punk, early doom, and deathrock like Christian Death around it.  The result is up-tempo songs with a lot of danceable beats like “Begone Vampire” and “Dead Meat” combined with much slower numbers that seem to lurch forward like the undead.  When Black Totem hits that sweet spot between the two styles they prove to be utterly infectious, providing simple yet effective hooks that stick with you and are drenched in sleaze and filth.  But a few of the slower tracks feel just a bit too similar upon repeat listens, making those moments stand out a bit less in comparison to the hard rocking, upbeat ones.  I can appreciate that II: Shapeshifting does try to strike this balance between the doom/metal side of the spectrum with the punk and rock ‘n roll influences, but for now the latter wins out.

Let’s face it, newer Danzig has been questionable at best so there continues to be room for newer acts to take up the charge and offer this same blend of blues, punk, and metal.  Black Totem captures the attitude and vocals perfectly, and while their attempt to bring a bit more doom in doesn’t always hit the mark this is still a fun album to come back to.  The potential is there for them to take it even further and really deliver strong songs from beginning to end, so here’s hoping that it won’t take another six years to find out.  II: Shapeshifting is available from Svart Records.