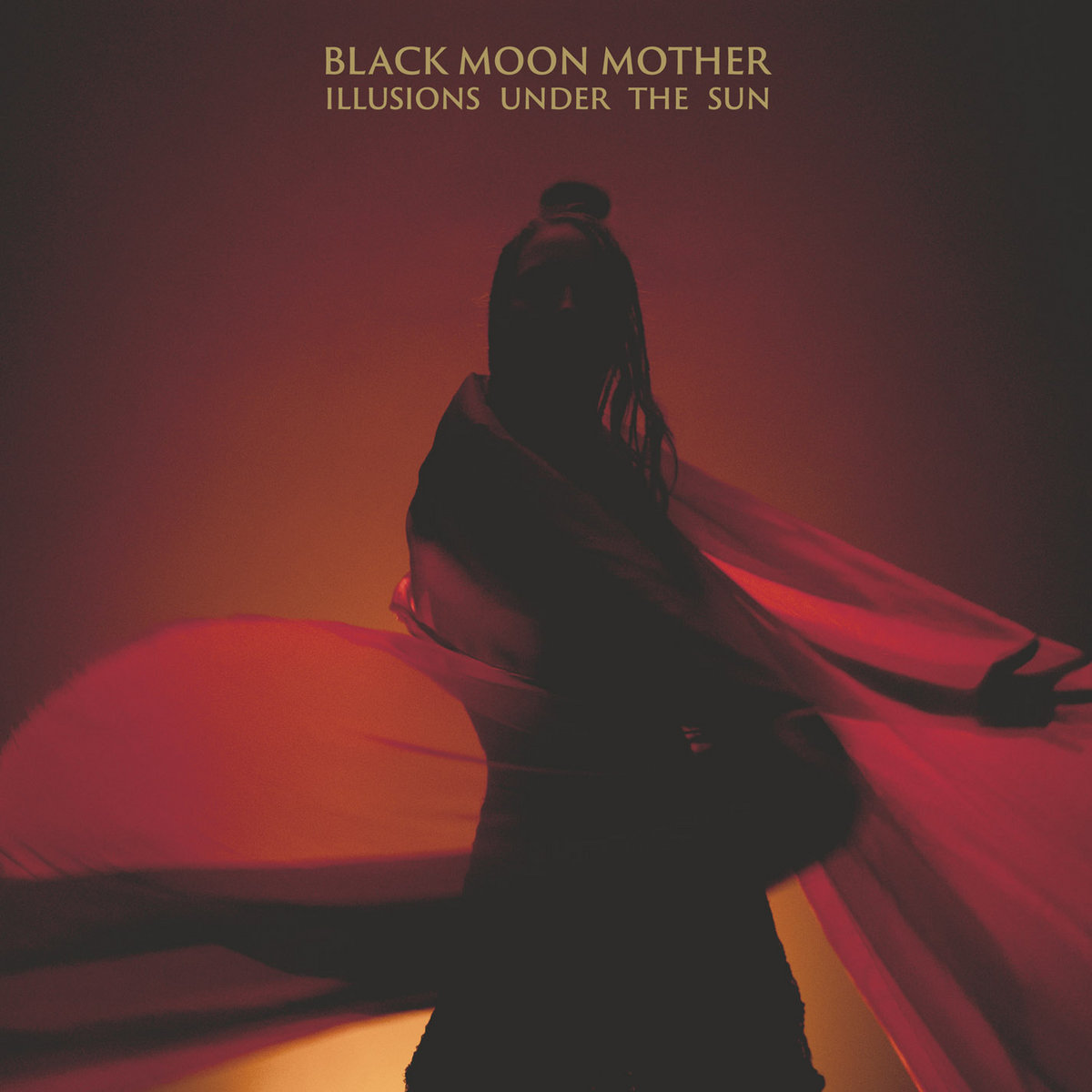 Illusions Under the Sun
by Black Moon Mother

Petrichor has been on a roll in recent months, grabbing up a slew of previously unsigned artists that released albums and EP’s which went under the radar in 2019 and 2020.  One of their recent finds is Nashville’s Black Moon Mother, a band that fuses elements of psychedelic rock, shoegaze, and doom.  Following their first EP Sea of Dust in 2017, last year’s Illusions Under the Sun increases the heavy and fuzziness of the instrumentation, resulting in an album that pulls from a lot of familiar territory but doesn’t fall too closely towards the template of one particular band.  While Black Moon Mother has left themselves with plenty of room for further experimentation, there’s still something genuinely exciting and entrancing about where they currently are, and this re-release should help to bring further exposure.

Given that Petrichor releases a lot of metal, it’s not surprising that a number of doom bands are listed as comparison points in the promotional material that has gone out.  But rather than consistently channeling Black Sabbath and the heavier, lumbering tonality of doom, Black Moon Mother chooses to use it at key points and the foundation of their music leans more on psychedelic/desert rock and the hazier atmosphere of shoegaze.  Opener “Lost in the Maze” unravels slowly and methodically, with dark atmosphere that brings sprawling deserts to mind as the melodies expand over the course of the song.  As you get further into Illusions Under the Sun the tempo and volume are cranked up a bit, with later material incorporating a bit more of that low-end doom rumble alongside the bursts of distortion that define psychedelic rock.  There’s also a bit of traditional country western present in the songwriting with how the somber and grittier tones bring smoky, dimly lit bars to mind, which makes sense given the band’s Nashville origins.  Admittedly at a half hour in length it does feel like the material cuts itself short at some points, with the two seven-minute tracks offering some of the most engaging and fully realized atmospherics. It’s also worth mentioning that the final three songs work together as a suite, with “First Light” and “Afterglow” serving as softer ambient pieces that add some dreamier textures to the sprawling “Radiant Sun”.

One of the areas where the shoegaze comparison becomes more prominent is in the vocal work, as Brianne O'Neill has a soft voice that blends in with the instrumentation initially but starts to build into soaring, ethereal tones as the songs reach their climaxes.  At times her voice reminds me of Emma Ruth Rundle alongside some of the darker folk singer/songwriters that have emerged in recent years, with a shoegaze sheen layered over top that adds to the warm and inviting sense of haziness.  Given how many groups that play doom or psych rock tend to go full steam ahead with their singing, I really appreciate how subdued the performance is here as it makes the build-ups to the peaks much more impactful.

Black Moon Mother still has plenty of growing room to further push the boundaries of their mix of genres, but what they’ve achieved with this release has plenty of staying power.  The way they’re able to offer dynamic material that explores just as much time with subtle and softer textures alongside some fuzzier doom grooves and psychedelic guitar solos works well and is sure to have a wide range of appeal.  It brings a bit of that old-school country spirit to these genres as well, and I’d be really curious to see if the group capitalizes on that further in the years to come.  Illusions Under the Sun is available from Petrichor.