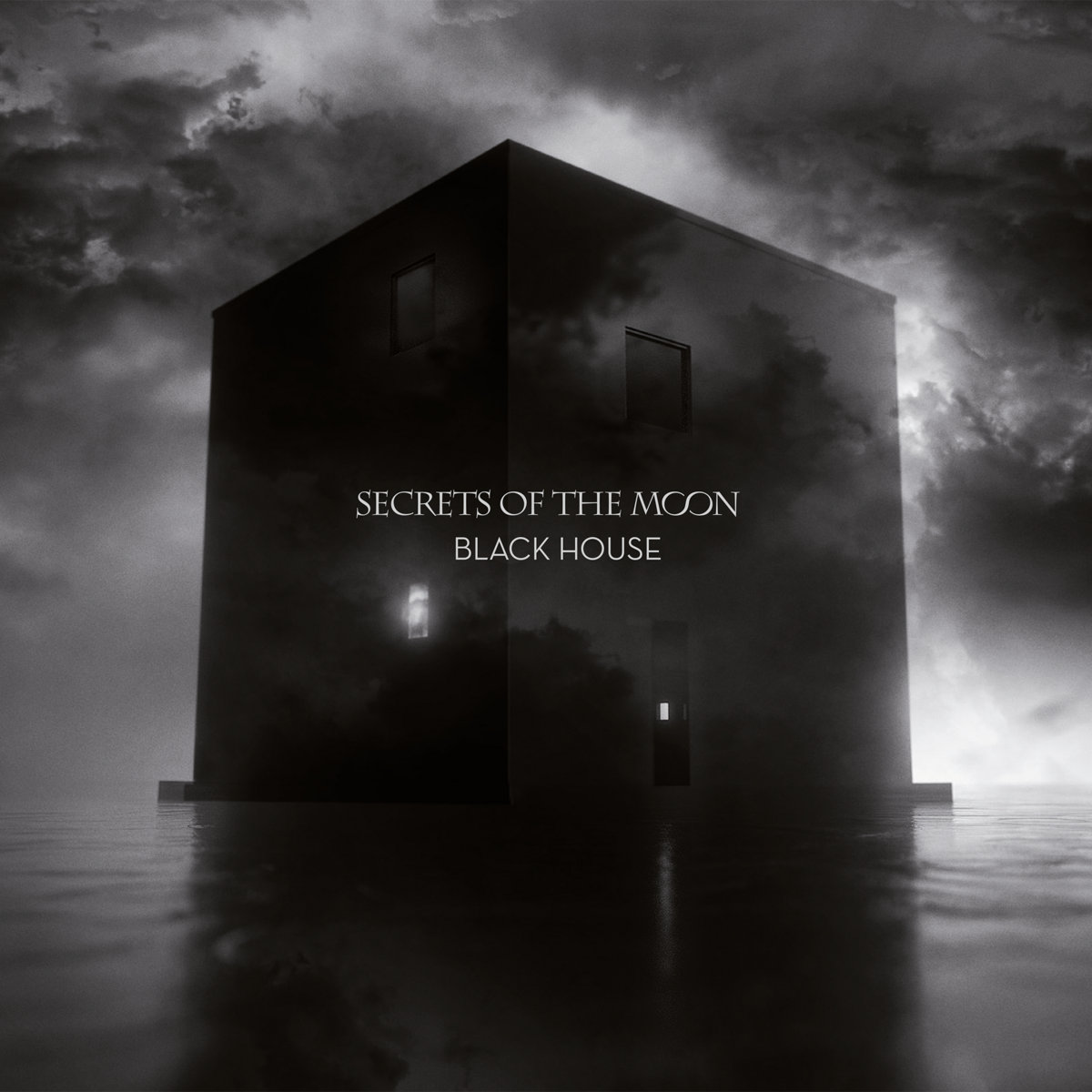 Black House
by Secrets of the Moon

Secrets of the Moon has gone through a radical stylistic shift over the last ten years, moving from their black metal roots to gothic rock and dark metal over the course of three albums.  Starting with 2009’s Privilegivm, the group had begun to diverge from the familiar black metal riffing into something more diverse and harder to pin down.  The subsequent material that would follow still retained quite a bit of metal influence while also channeling some of the atmosphere of gothic rock and post punk, but it’s with the group’s seventh full length Black House that they’ve completed this transformation.  Completely removed from much of their past sound while still retaining a familiar dark and mysterious atmosphere, it’s a confident showing from a band that has completely reinvented themselves with each album.

The past two releases from Secrets of the Moon captured different elements from across the metal spectrum, sometimes diving back into black metal and doom while sometimes channeling some of the atmosphere of bands like Triptykon.  For Black House the instrumentals have stripped away the heaviness almost entirely, instead focusing on rock hooks and darker melodies that recall gothic rock and post punk in equal capacity.  In the hands of a lesser group this could easily feel like an attempt to jump genres and simply imitate the classics of those styles, but the songs here are delivered with a level of confidence and variation that find Secrets of the Moon making it all their own.  There’s a surprising amount of diversity throughout Black House, and where a lot of gothic rock tends to fall into a pattern after a few songs this album hooks from beginning to end no matter what speed the instrumentals are going at.  “Veronica’s Room” and “Earth Hour” favor faster tempos and driving guitar and bass riffs that recall some of post punk’s crunchiness and its darker yet enticing atmospherics, while the meandering yet expansive melodies on “He is Here” are reminiscent of shoegaze and some 90s alternative rock.  This isn’t merely a retread of the past two decades either, as the recording has a fuller sound that gives off a more modern vibe than many of the records that likely inspired the band here, and while there are a few lulls on some of the slower tracks there has been plenty of standout moments that have drawn me back time and time again.

If you were hoping for screaming or some of Secrets of the Moon’s harsher vocal ranges you may want to stick with some of their earlier efforts, as the singing skews towards the mellower side and soars over the instrumentation.  This isn’t necessarily new territory for the band, as sG began utilizing some of these ranges on earlier albums as well as on his side project Crone, but here it’s stronger than ever before.  The singing tends to start off at light and airier levels and ramp up intensity as the songs start to reach their peaks, delving into some darker passages and also absolutely soaring over the climaxes in a way that will instantly grab your attention.  As with Seven Bells and Sun, there are guest appearances from a wide range of well-known artists on almost every song and they add additional depth to the material.  From Jarboe and Alexander Meilenwald (The Ruins of Beverast) to Thomas Helm (Empyrium) and members of (Dolch), you’re likely to hear a lot of familiar voices throughout Black House and they fit in seamlessly.

Five years have passed since Sun, and while some of the directions that have emerged on Black House were beginning to be explored on that album I don’t know that I could have predicted just how big of a shift the group would go through.  They’ve absolutely nailed it though, and despite a few lulls I’ve fallen for this material hard and have had it stuck in my head for the past few days.  It channels the darker, mysterious atmosphere of the band’s past efforts alongside the hooks of gothic rock with ease and avoids the repetitive pitfalls that some of these rock genres often suffer from.  There’s some real staying power to this material and if this is where Secrets of the Moon is going to continue to go in the future, I’m excited to see where this new phase takes them.  Black House is available from Lupus Lounge/Prophecy Productions.