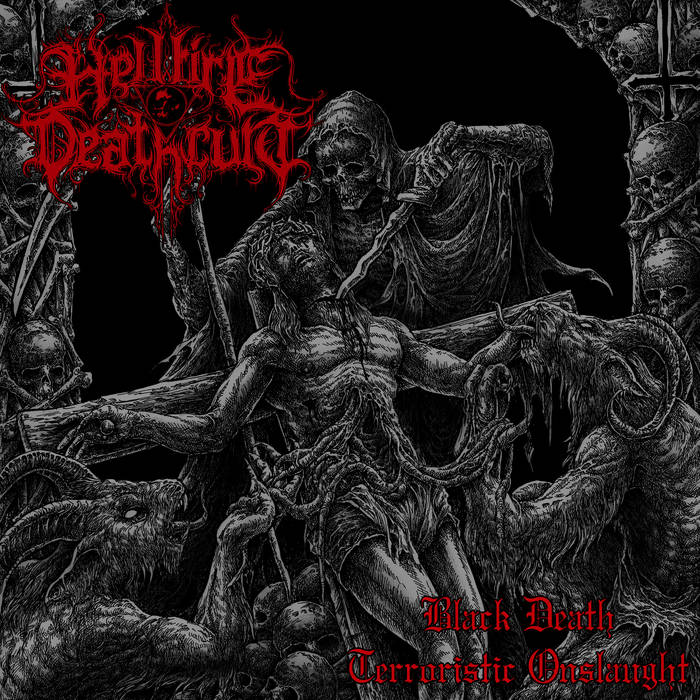 What I Like: Black Death Terroristic Onslaught is less an album than a straight-up portal into the infinite abyss. The droning, hypnotic guitars, lo-fi production, and barely audible, distant death gurgles all seek to lull the listener into a transfixing spell of self-annihilation. It's raw, repetetive...and yet difficult to put down. Something about its simplistic structure and purposefully monotonous delivery is strangely endearing. I don't generally enjoy drone albums but, as with Autokrator, something about the perfect storm of berating noise into a death-drone album just works for me.

Critiques: The key word here is definitely repetetive. Differentiating between tracks takes some serious examination, and even taken one at a time there is little to no variation. They're like auditory, looping death metal gifs.

The Verdict: Metalheads get hit over the head with a lot of hyberbolous band names on a daily basis, but in the case of Hellfire Deathcult, I can't think of two words that better describe their sound. Despite the repetition, the music truly is a harrowing cyclone of tormenting fire and dark, fanatical worship.