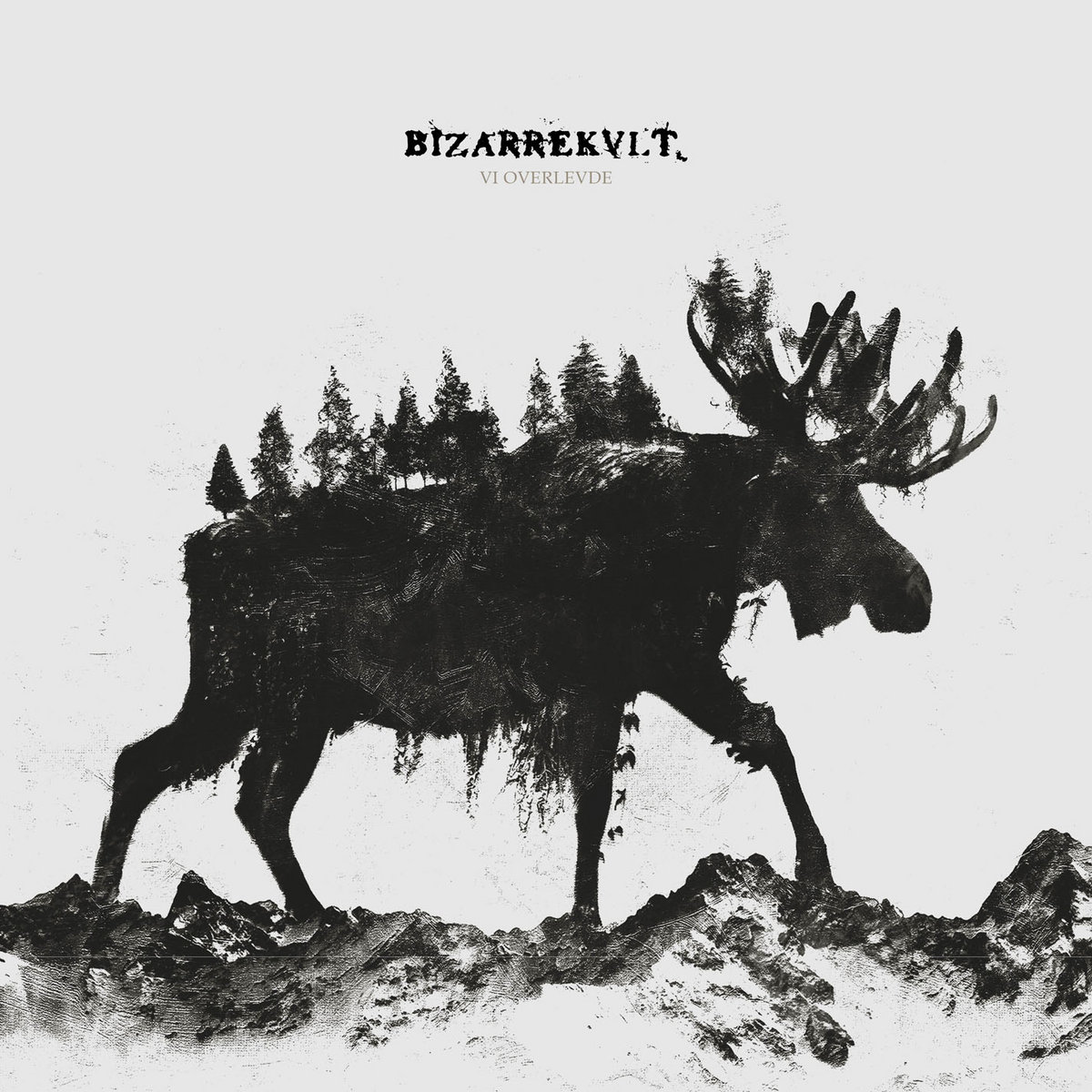 While its members originally hail from Russia, Bizarrekult has resided in Norway for some time now and this gives them a sound that bridges the black metal styles that have developed within both countries.  The band released some material between 2006 and 2008 before going dormant for a decade, reemerging in 2019 with the Join the Kult!!! EP (though that recording dates between 2007-2008 rather than being brand new).  Two years later Bizarrekult has finally unleashed their debut full length Vi Overlevde which takes some of the second wave templates and injects it with some eerie melodies and other experimentation.  It’s an interesting listen that takes some time to sink in and gives the group a sound slightly different from the norm without straying too far from black metal’s roots.

The label has given Vi Overlevde the post black metal tag, which had me going into the album expecting some weirder or experimental instrumentation right from the start.  But aside from the horror movie melodies and slight bursts of electronics that punctuate opener “I mørket”, once you get into the first full track you’re met with the same type of razor sharp and aggressive arrangements that have defined Norwegian black metal.  Bizarrekult holds their experimentation a bit closer to their chest, allowing it to seep in concentrated bursts rather than making it the primary driver, and it works well when combined with the more straightforward black metal attacks.  They’re no slouch when it comes to the traditional side of the genre either, as the riffs are powerful and create a dark and tense atmosphere that seems to hover over the recording.  Rhythmically I’m reminded of both Darkthrone and Taake in equal capacity, as the songs lumber forth with some blasting but also touch upon some slight rock and punk edges similar to how both of those bands sometimes channeled it.  But as you get further into Vi Overlevde the material starts to shift, with subtle dips into shimmering cold melodies and even some jazzy, ethereal moments on “I trygge hender”.  The melodic transformations come without warning and just as quickly give way to the harsher moments, but they’re integrated in a way that grabs your attention and comes through as more interesting than the standard shoegaze trappings a lot of these types of groups fall into.  I definitely hear a bit of Ulver too, both black metal and more recent periods in there, though it’s once again fairly subtle.  Admittedly it does take a bit to get going though, as the songs that continued to stand out the most on repeat listens were those after the halfway point, but as a whole the subtle details that fill out much of this material has made the album one I’ve wanted to return to regularly.

Bizarrekult’s vocals remain on the harsher side of the spectrum for much of Vi Overlevde, but as with the instrumentation there are subtle changes in pitch and unexpected experimentation that adds to the experience.  “For 1000 år siden” opens as you might expect with lower growls and screams that tower above the already immense instrumentals, bringing plenty of grittiness and chaos to the material.  But even on this early track there are some subtle moves towards higher ranges and the sudden appearance of singing is likely to take some people by surprise the first time around.  The singing comes in both waves of ethereal melodies and more somber tones that have a bit of a folk vibe, channeling bands like Alcest and Enslaved in equal capacity.  It’s an element I could see Bizarrekult capitalizing on further in the future, as the contrast between the screaming/growling and singing really makes specific moments have an impact on the listener.

It took a few songs to truly sink in, but Bizarrekult’s full length debut is a strong showing.  It not only brings in the bleak and utter coldness of Norwegian and Russian influences but brings in some electronic ambience and melodies that have a more ethereal and progressive slant.  The progressive and post leanings are still fairly subtle rather than the outright “blackgaze” or kitchen sink of genres that some of the others that get those tags in black metal go for, and that makes it an intriguing listen.  I do think that Bizarrekult has room to expand upon that side of their sound a bit more to truly perfect that old meets new approach, but they’ve started off very strong.  Vi Overlevde is available from Petrichor.