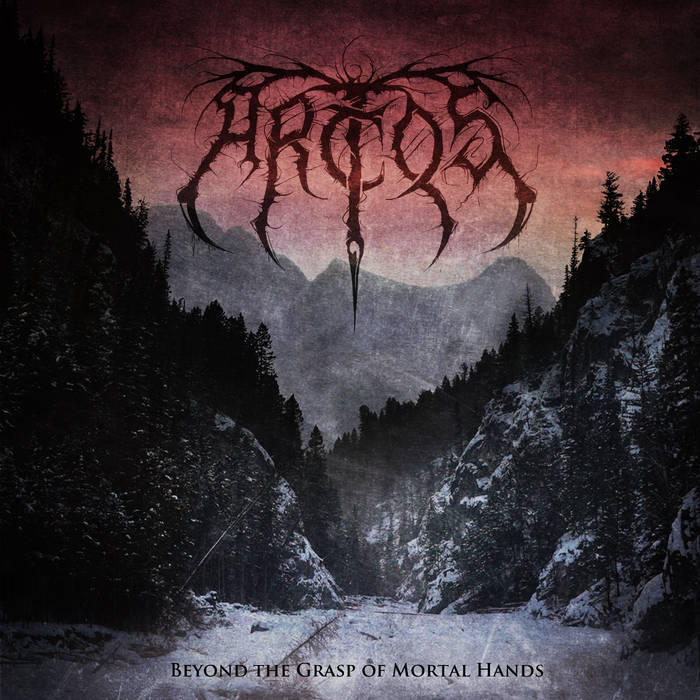 Beyond the Grasp of Mortal Hands

Beyond the Grasp of Mortal Hands
by Arctos

What I Like: You may have caught my 2017 review of the band's solid EP, A Spire Silent. While that early material was already promising in its own rite, Arctos has come a long way in just 2 years. Continuing to build on its strong foundations of ancient atmosphere, but expanding outwards in scope, Beyond the Grasp of Mortal Hands is stunning in every sense of the word. The album maintains an impressively consistent flow while incorporating elements from all over the metal spectrum. "Shattered Tomb," for instance, pays tribute to Opeth with its misty backdrop, proggy songwriting, and ripping guitar solos...that is before going full Gorgoroth in its fiery conclusion. Meanwhile, "A Realm Beyond" has icy riffs straight out of an Immortal album. And throughout is a common thread of historical weight and folkloric aesthetic on par with the likes of Enslaved and Moonsorrow; deepened further through wise production choices as well as use of acoustic and stringed instruments.

Critiques: The pacing sags a little in a few places, namely further into "Autumn's Herald… Interitus" and "The Light Beyond The Sky (The Passage II)," but other than that this is a damn fine album.

The Verdict: Beyond The Grasp Of Mortal Hand is an excellent album and big step forward for Arctos. Fans of black metal, folk metal, and progressive metal alike should find something to enjoy with this one. This bands is ready to go one on one with any of the bands listed above.

Flight's Fav's: The Ancestors' Path, Shattered Tomb, A Realm Beyond