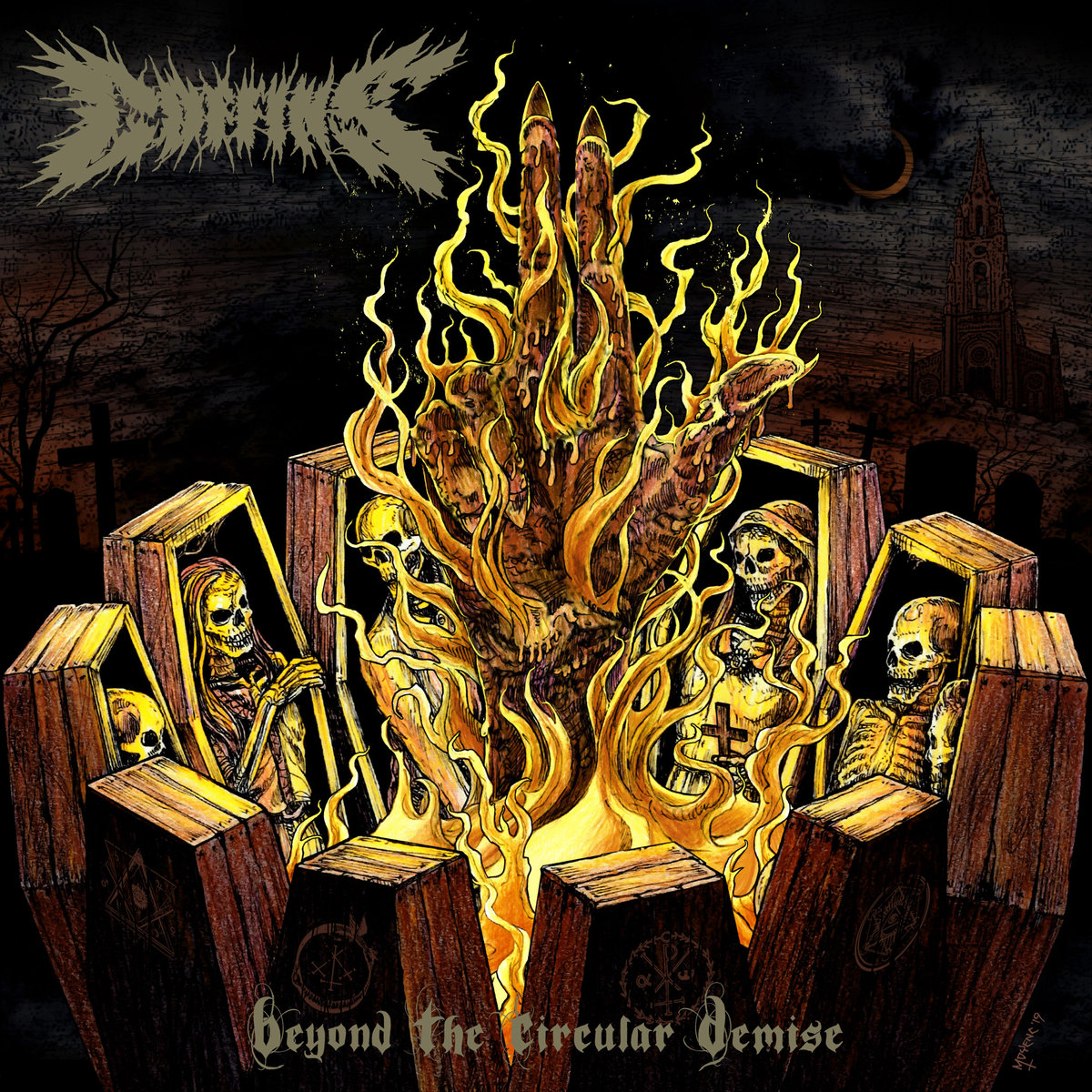 Beyond the Circular Demise

Beyond the Circular Demise
by Coffins

Coffins has been a regular part of the Japanese death/doom scene for over twenty years now, regularly supplementing their full-lengths with a wide array of splits and EP’s.  While there’s been plenty of material for listeners to absorb it has been awhile since their last proper album, and thankfully Beyond the Circular Demise is here to make up for the almost six-year gap.  By this point in their career the group has their pummeling and filthy death/doom sound almost down to a science, and while it’s pretty evident what you’re going to get with this one the level of precision and hooks once again demonstrates just why these guys are so well regarded.

The group’s overall style hasn’t changed significantly over the years but they’ve gotten stronger hooks as the years have progressed, with Beyond the Circular Demise being a perfect example.  Whether they’re lurching forth at a slow tempo with riffs that feel like they’re going to drown you in sludge or blasting away at you with D-beats and destructive attacks, Coffins varies things up more than ever before and you’re likely to find that individual sections throughout the album stand out.  The level of precision helps this, as the instrumentals are able to transition from the slow, lumbering tempos to the blistering ones with ease.  Similar to 2013’s The Fleshland the production values give just enough clarity to the guitar, bass, and drums while retaining that grimy and raw feel which provides maximum impact.  Even at their longest the songs don’t feel like they’re dragged out too long and this feels like Coffins’ most consistent effort from beginning to end.

One of the best and familiar elements of Coffins’ material over the years has been their low, guttural growls that come through with the force of a wrecking ball and that’s still at its most potent level on Beyond the Circular Demise.  The recording once again emphasizes the growls just enough where they grab your attention but don’t overpower the material, and with each word it feels like you’re being pummeled right in the chest.  There are some higher shrieks and even a spoken word section that opens up “Birth Postmortem” but for the majority of the album the lower ranges dominate, and that’s still as appealing as it was from the very beginning.

This album doesn’t feel like as big of a leap in sound as The Fleshland was compared to Buried Death, but it has even stronger hooks and the band has truly perfected their balance of punchy, fast paced sections and slower, lurching ones.  Where it made sense to skip around on previous Coffins records and hone in on specific songs, I’ve spent most of my time with this one listening to it from beginning to end as it is capable of leaving a lasting impression.  Beyond the Circular Demise is available from Relapse Records.