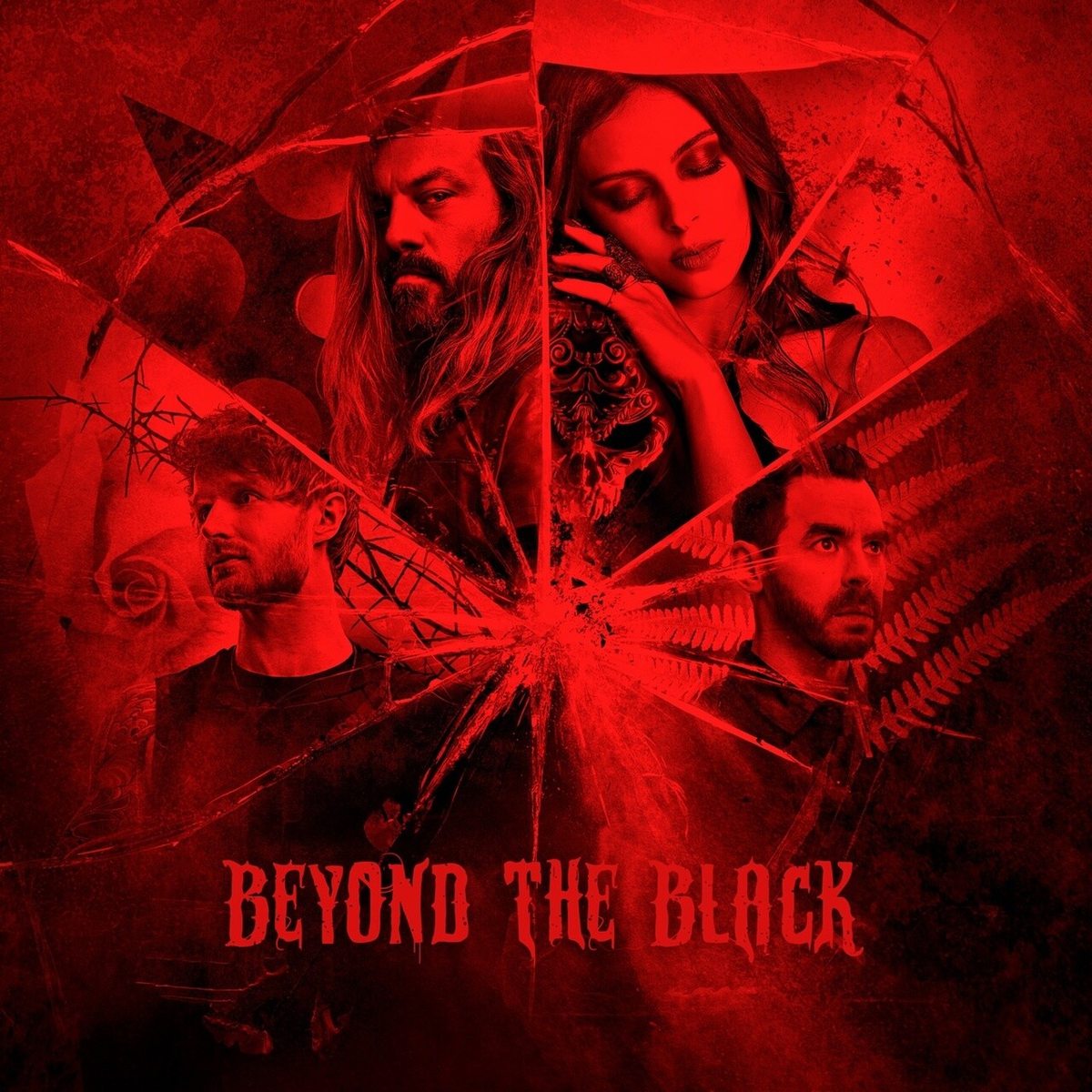 German symphonic metal/rock band Beyond the Black has been very productive almost their almost nine-year history, releasing five albums in that span of time and gaining more notoriety with each one.  Their earlier efforts fell somewhere between symphonic metal and arena/melodic rock, but after album number two and a significant lineup shift that pivoted more towards rock.  Album number five opts for the self-titled approach, which sometimes indicates a group attempting to showcase the essence of their sound and that’s exactly what Beyond the Black has done here.  Offering a more compact listen compared to their last few albums and once again bridging the gap between rock and metal, their approach is familiar but the strength of the writing makes this an early 2023 highlight.

When it comes to metal of this type, I’ve often found that the shorter and more compact releases have worked better as it forces bands to pick their best material and catchiest hooks.  Beyond the Black’s last few efforts stretched to almost an hour or longer in length, so the fact that this self-titled effort is a compact ten tracks and forty-two minutes makes a big difference.  The group uses this time to explore all facets of their sound with some of their strongest writing to date, and it results in an album where there isn’t truly a weak song in the bunch.  Tracks like “Free Me” and “Into the Light” showcase that the instrumentals can still blur the lines between metal and rock with some muscular riffing and soaring symphonic elements, while “Reincarnation”, “Dancing in the Dark”, and “I Remember Dying” add in some folk elements that help to shake things up.  Even when the group fully mellows out on “Wide Awake” they keep the energy level at a high and the melodies find ways to get under your skin, which has kept me coming back regularly.  At times Beyond the Black’s approach reminds me of a number of other symphonic metal bands crossed with Evanescence and a healthy dose of 80s arena rock, and that combination does have some widespread appeal.  Admittedly the song structures are fairly simple and closer to the standard rock verse/chorus approach with big, booming choruses, so if you wanted some of the more complex elements other symphonic metal offers you might be disappointed.  But that’s not to say there aren’t nuances that help each track to feel just a bit different than the last, and that’s what helps to separate Beyond the Black from the pack.

Symphonic metal/rock tends to live or die depending on the strength of its singer, as you can have plenty of catchy melodies and flashy guitar solos but if your vocals are out of tune or lacking in energy they can completely derail the experience.  Jennifer Haben has helped Beyond the Black to avoid this pitfall since the very beginning, and she had the type of soaring voice that gives the band crossover appeal when it comes to rock and metal.  Had the music landscape gone in a different direction over the past decade or two, you could easily imagine some of these songs being played on commercial radio and being very successful.  Haben has a good deal of range and is able to bring the type of power that suits metal riffs while also providing much softer and subdued singing on the ballads.  She is supported by backing growls on a few of the songs that add some heft to the choruses, and while I was initially worried this might become repetitive Beyond the Black uses them sparingly and only during moments where they make sense.

Beyond the Black’s self-titled effort feels like a perfect distillation of what they’ve done to date, embracing that sweet spot between metal and rock while cutting out all filler.  They may have made minor tweaks to their style rather than anything surprisingly different, but considering how strong and infectious this material is from beginning to end that’s not that big of a deal.  If you like symphonic albums that skew a bit more towards booming arena rock choruses, expect to get a ton of mileage out of this one.  It may only be the second week of January, but Beyond the Black is starting this year off strong.  Beyond the Black is available from Nuclear Blast Records.