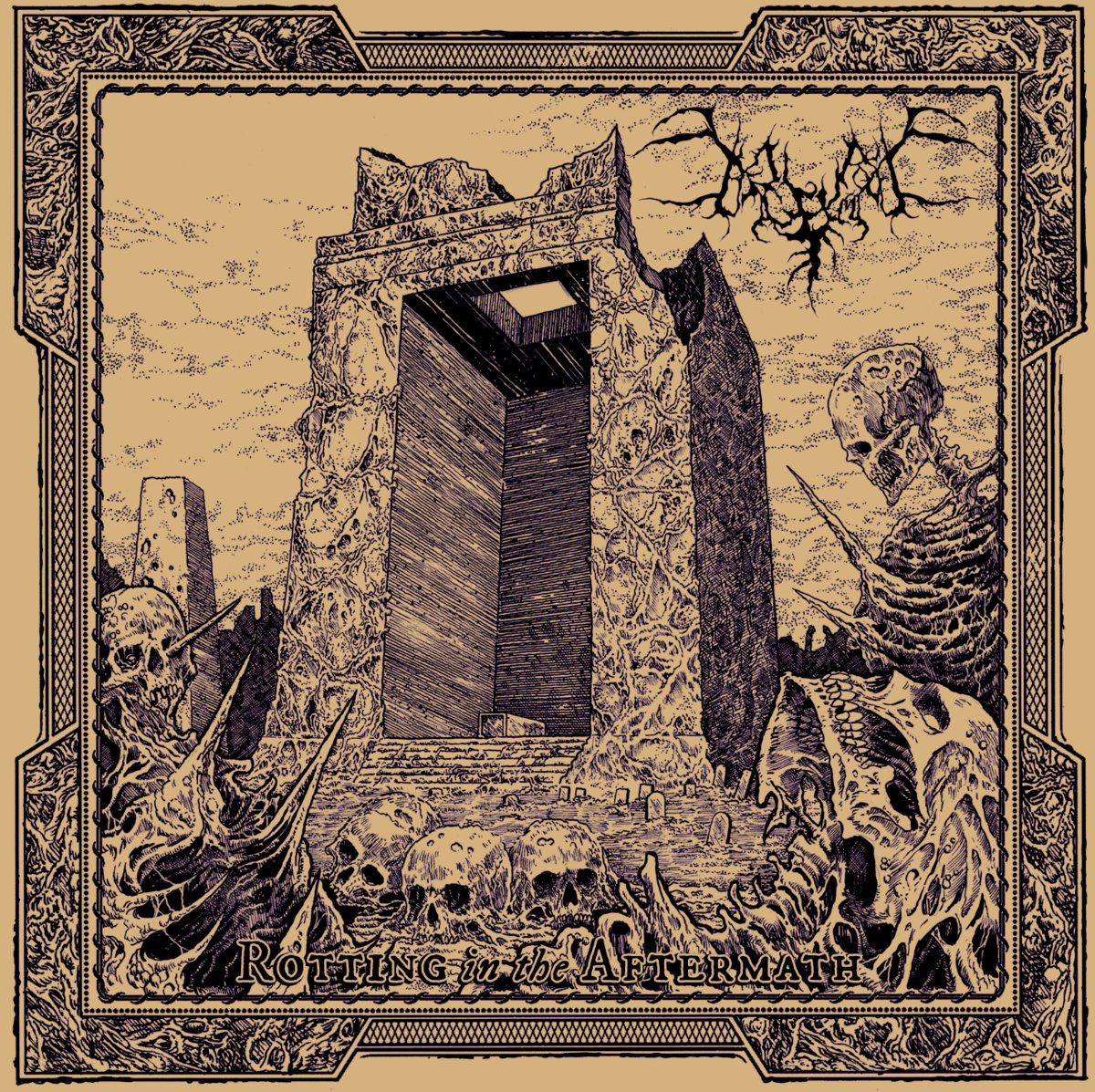 Rotting in the Aftermath
by Begrime Exemious

It’s hard to believe that six years have already passed since the release of Begrime Exemious’ last full length The Enslavement Conquest, but the Canadian black/death metal band has hardly been idle all this time.  2019 saw the release of the Primeval Wastelandcompilation which remastered some EP exclusive tracks, and the band started putting together what would become their fourth full-length as far back as 2018.  Having taken additional time to tweak their ideas, the final effort Rotting in the Aftermath feels like a refined and streamlined take on their hybrid of black, death, and thrash.  Although there are some pacing issues on the couple of slower pieces that hold things back slightly, this is still a welcome return from a band that doesn’t get as much recognition as they should.

Begrime Exemious has always felt like the perfect encapsulation of where metal genres like black, death, and thrash were diverging in the 80s while still adding inn some flourishes of their own.  Sometimes they’d be full-on death metal with hints of thrash, while other times the tonality would be much closer to black metal and the result would be closer to black/thrash.  That’s been continued throughout Rotting in the Aftermath, as sometimes you get some death metal grooves and blasts while other times colder black metal melodies seep in. “Galvanized (Like Nails)” also goes full heavy metal/thrash, bringing in a bit of Venom to shake things up later in the album.  The variety continues to work to the group’s advantage, and with the speed cranked up to max there are plenty of riffs that are likely to stick with listeners.  However, this increase in speed does take away from the few times Begrime Exemious chooses to slow things down.  The death/doom leanings of “Infected Mind” start off strong but start to drag around the halfway point and closing track slower black metal riffs seem to just fade out without a truly satisfying conclusion.  It doesn’t completely derail the album given the strength of tracks like “Breach the Stronghold”, “Regressive Divisions”, and the aforementioned “Galvanized (Like Nails)” but does dampen the impact a bit.  I think some the production may divide some people as well depending on their tastes.  It offers a crunchier almost live sounding tone and while it doesn’t always have the same weight as some of the others in these genres, I personally found it suited the old-school songwriting approach the band is going for and still feels appropriately grimy.

By 2016, vocal duties had switched over to guitarist Derek Orthner and Franky Thibaudeau, giving Begrime Exemiousa mixture of harsher screams and guttural growls that trade off frequently over the course of each song.  Opener “Cruel Mistress” gives listeners a pretty good idea of what to expect, as raspy and higher pitched screams kick things off before transitioning over to extremely low growls that boom out over the recording.  Where some harsher vocals on black and death metal seem to almost clash with the instrumentals, I like the way that the transitions between highs and lows is in line with the grooves and other rhythm variations, making everything flow together quite well.  If you’re familiar with their debut Impending Funeral of Man you’ll notice that original vocalist B. Symic appears on “Hell’s Embrace” as a guest, and this only further adds to the variety.

I do think that I like The Enslavement Conquest just a bit more, but even with my criticism Begrime Exemious’ return is a welcome one and they bring riff after riff with them.  The decision to speed things up and streamline with shorter tracks works, but the slower moments aren’t quite executed as well as they were in the past.  Their take on black, death, and thrash recalls the period where these genres weren’t as explicitly defined and if this type of approach sounds appealing, these guys are well worth your time.  Rotting in the Aftermath is available from Dark Descent Records.