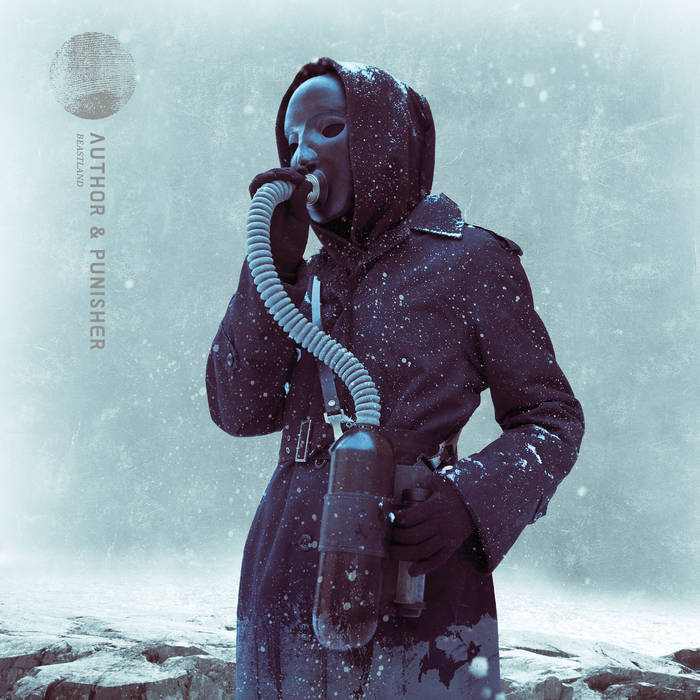 What I Like: While I respected Tristan's return to more experimental territory on Pressure Mine, I definitely prefer the more straightforward industrial metal sound of Melk En Honing. With its more conventional songwriting, this new album Beastland is of the same ilk. Don't get me wrong, there is nothing truly conventional about what Author & Punisher is doing. How often do you find an artist who fabricates his own twisted, electronic instruments? It's just that the songs featured here are more readily likeable and familiar to those who grew up on the likes of Rammstein and Skinny Puppy. Intentionally or not, Tristan once more mines through various 90's influences as we move fhrough the album. "Nazarene" sounds like it would fit nicely on Nine Inch Nails' The Fragile while the nihilistic crooning of "Ode to Bedlam" resembles that of Manson's work on Mechanical Animals. And speaking of crooning, I'm fairly certain that this is the most "singing" that Tristan has done to date. It's far from the first time he's taken this approach, but the ratio to disdainful, abrasive snarls has notably shifted. Even the less distorted, EDM-flavored intro to "Night Terror" sounds pretty rad.

Critiques: While Beastland hits a high marker for industrial music in 2018, it doesn't feel as consistent or comprehensive as Melk En Honing. On the latter, every song was single-worthy. Three years later, I still can't get the infectious lyrics and sexually deviant grooves of tracks like "Cauterize" and "Shame" out of my head. That album sounded like Mindless Faith slowly hate-f#%king Lord Mantis. By comparison, Beastland falls short in terms of shock and impact.

The Verdict: Beastland is another excellent industrial metal album from one of the most inventive bands in the genre. While it lacks some of the bite of Melk En Honing or the classic status of Ursus Americanus, I am very impressed with how far Tristan has come in just a few years. From the lowly days of Drone Machines, to Noisey features, to signing with Relapse; Author & Punisher shows no signs of slowing down.