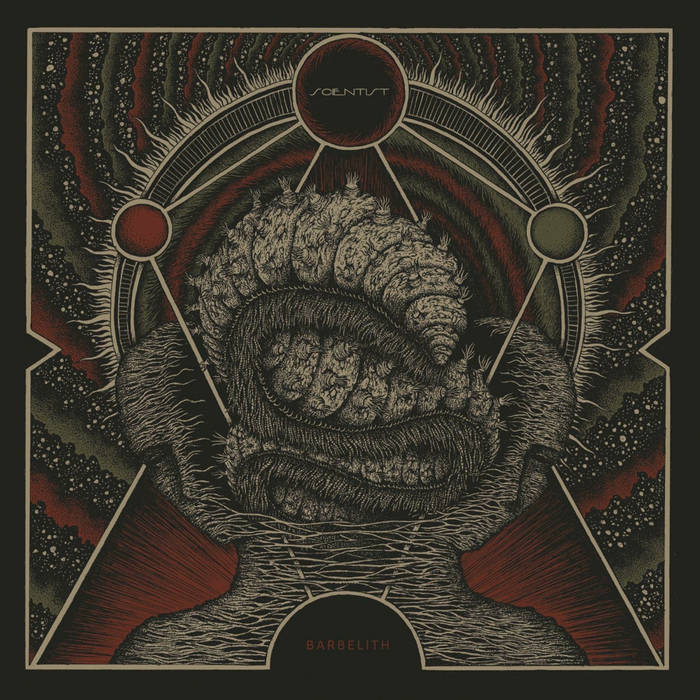 The Pitch: Chicago-based progressive sludge metal band Scientist self-release their third album, Barbelith. "Heavily influenced by the concepts revolving around Grant Morrison's comic book series, The Invisibles, the seven-track offering centers itself on, "the search for life's meaning through the use of psychedelics and the occult means, only to discover that you haven't even been born yet."" FFO: Mastodon, Beneath The Storm, Howling Giant

What I Like: At the risk of repeating myself, here's another band to satiate those dissapointed by Mastodon's last few albums. Scientist possess the same technical, progressive song structures while bringing back the raging fury of Leviathan and Blood Mountain. The gruff, lumberjack vocals sound like they were directly ripped from forgotten early B-sides. I know I've made complaints recently about Mastodon's singing on their last album, but I didn't realize just how much I missed the old approach until I listened to "Chokhmah Binah." This is the clearly the second coming, with a little Tool influence thrown in for good measure ("Barbelith").

And the buck dont stop at the vox. Oh no. The instrumentation on this album is top notch. The spiraling riffs are are enough to make one motion sick. Whether grooving out of control or getting down and dirty with massive doom chords, the vibrations are inescapable. But if the guitars are big, the drums are bigger. With all of the excellent tech death coming out of the woodwork, it would be easy to miss this performance; that would be a tragic error. Justin Cape's work here is easily one of the best of the year and it adds so much organic texturing to the already dynamic procedings. He commands the kit like he's f$%king Vishnu...or Goro for that matter.

Critiques: The only real critique that I have is how similar their style is to that of their better known peers. It's certainly not redundant, but it still leaves me snatching points for originality. I'm torn, because the remedy is shaking things up when that might risk messing up a good thing.

The Verdict: Barbelith is a worthy standout in 2018. It would be easy for this one to fly under the radar, but I implore you to support a talented band by buying this album and spreading the good word. Scientist may be the next big name in sludge.