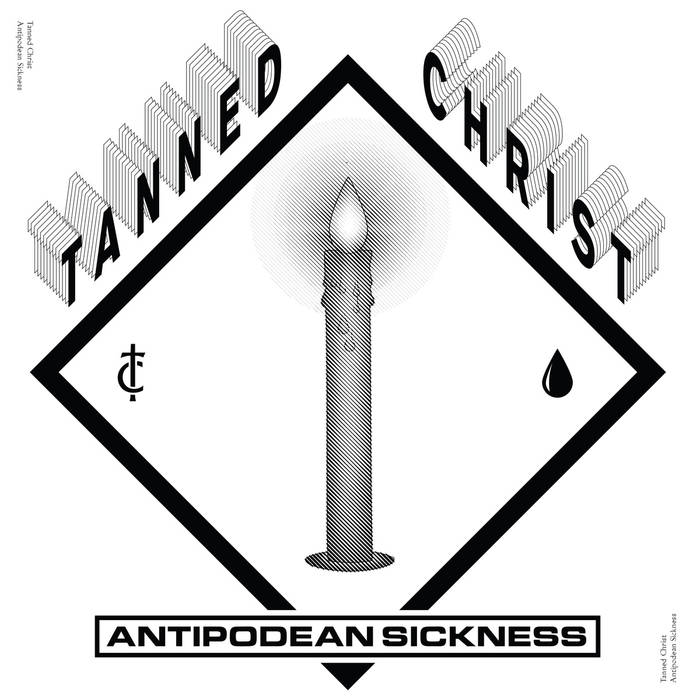 Back to the Grind

As described from Transcending Obscurity Promotions: "Antipodean Sickness will hit you like a bottle of tequila and then it'll start making sense, somehow. I hope. Initially difficult to comprehend, things fall in place once you determine its intent and approach." Tanned Christ bring other descriptors forth such as "challenging," "vile," and "demanding." For fans of Pig Destroyer, Dephosphorus, and Morgue Supplier, Tanned Christ is a slice of tasty grindcore you won't want to miss

"Mathy." That's the first word that comes to mind as I subject myself to "Insolvent Self." Converge and early Dillinger Escape Plan with a dose of The Number 12 Looks Like You...blended and condensed down to minute-long audial assaults. Riffs collide violently, but with a profound sense of order. Sometimes it's a maniacal jazz-influenced work of dissonance, others (particularly on "Street Change" and "Global Priest") it's a raging, d-beat driven Ballou-boner.

Even the "slower" moments like "No Love Ever" are grimy, squealing piles of feedback, noise, and discordant, southern-fried melodies. Gotta love those basslines too. "Abscond" in particular is a bubbling cauldron of wobbly lows and shrieking treble. To even mention the drums is scary to me. Having played a bit myself long ago, just the idea of flinging my limbs around with such speed and precision makes me reach for another Naproxen.

I'd say more, but Antipodean Sickness, true to grindcore form, flies by so fast that by the time I write down a single idea I have to start the whole thing over again. Your best bet is to just clear a few minutes-and anything breakable within reaching distance-and press play. $6.