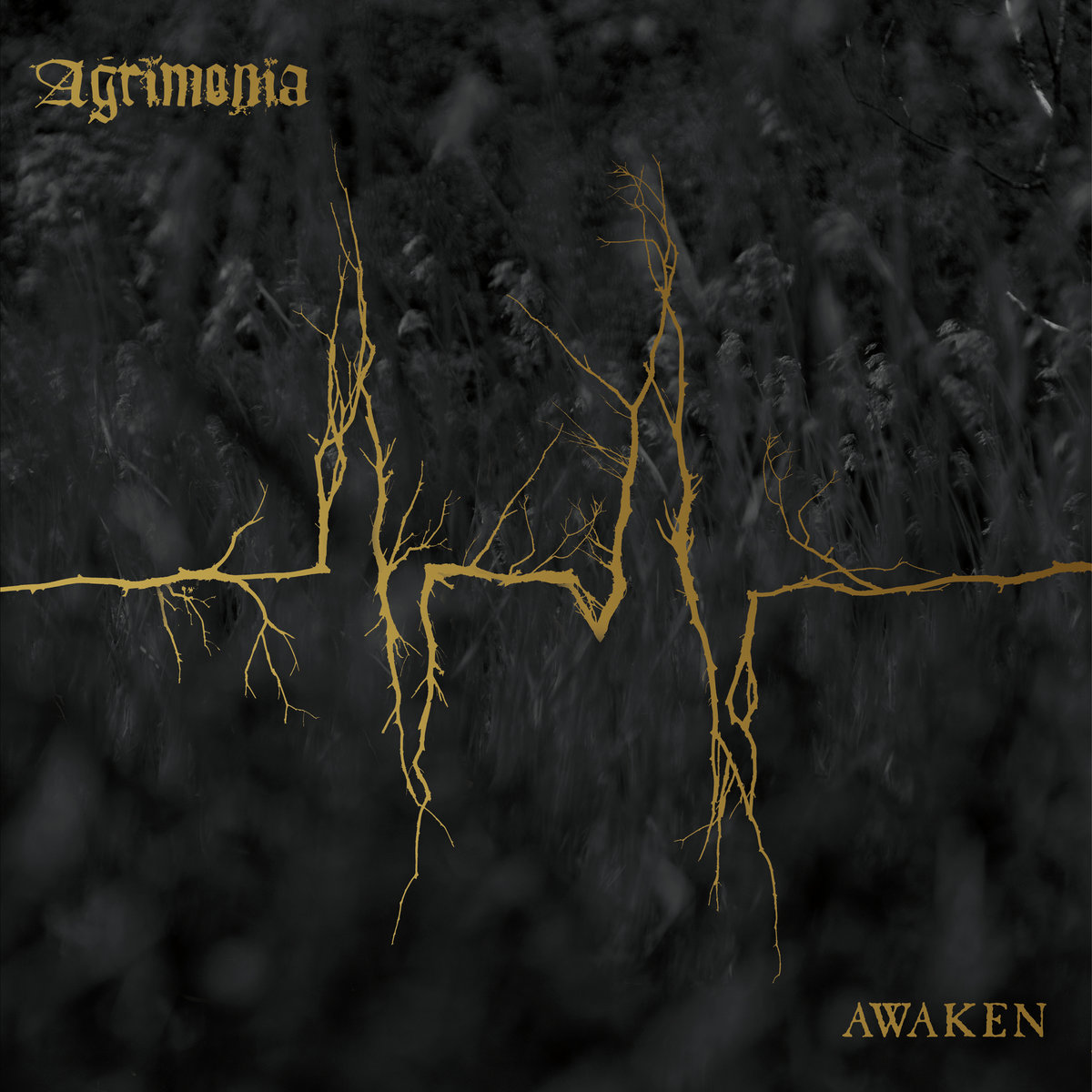 Each Agrimonia release has showcased the Swedish band’s ability to merge together just about every genre of dark and heavy music and make it their own.  At the core of the music has always been the blunt and aggressive edge of doom and crust, but the emphasis on sweeping melodic passages and transitions has pulled in numerous other influences.  Rather than cranking out releases on a regular basis, Agrimonia has spaced out each album and as a result each one has offered some writing that sticks with you.  The gap between 2013’s Rites of Separation and this year’s Awaken has been their longest yet, but it’s clear that the group has used that period of time to write some of their most powerful and sprawling material yet.

The band’s previous albums have been oriented towards longer songs that branch outwards and incorporate elements of everything from doom to post rock.  This has continued on Awaken, but the songwriting has been refined even further to the point that every track has multiple high points.  Rather than building up to a single, soaring climax like a lot of post rock/metal, Agrimonia’s songs move back and forth between softer melodies and pummeling instrumentation multiple times over the course of each song. There’s a seamless transition between the two sides of the sound that not only make the individual pieces feel like a cohesive experience, but allow the album as a whole to feel like a complete experience rather than a random collection of songs.  It’s a lot to take in but the band knows how to hook listeners and keep them interested for these longer spans of time, thanks to a darker atmosphere that’s just as intense even when the guitar work is at its softest.  Having listened to Awaken for close to a week straight now, I feel like I’m still discovering nuances each time through and the combination of warm and abrasive textures are just as compelling as they were the first time I turned the album on.

Agrimonia’s instrumental work offers plenty of stand-out moments, but the vocals continue to be the icing on the cake that truly brings the band’s sound to life.  Christina has stuck with a scream/growl that has some crust punk leanings since the group’s formation, but in recent years she’s showcased the ability to vary the pitch.  The amount of intensity that she continually brings to the table is impressive, and the subtle shifts from higher to lower growls keeps the vocals from sounding the same for the entire album.  Where other bands have tried to adopt clean ranges and other experimental elements, Agrimonia sticks with what works and utilize an immense amount of power over top of their sprawling instrumentation.

Awaken takes the core elements that the group’s previous material was built around and pushes them to the next level.  The writing is even more adventurous with how it moves back and forth between somber, reflective elements and rawer, powerful ones, providing songs that feel epic in scope.  Give yourself a solid block of time to take in everything Agrimonia is channeling here, as this is an album you can get lost in and an early highlight of 2018.  Awaken is out now on Southern Lord Recordings.