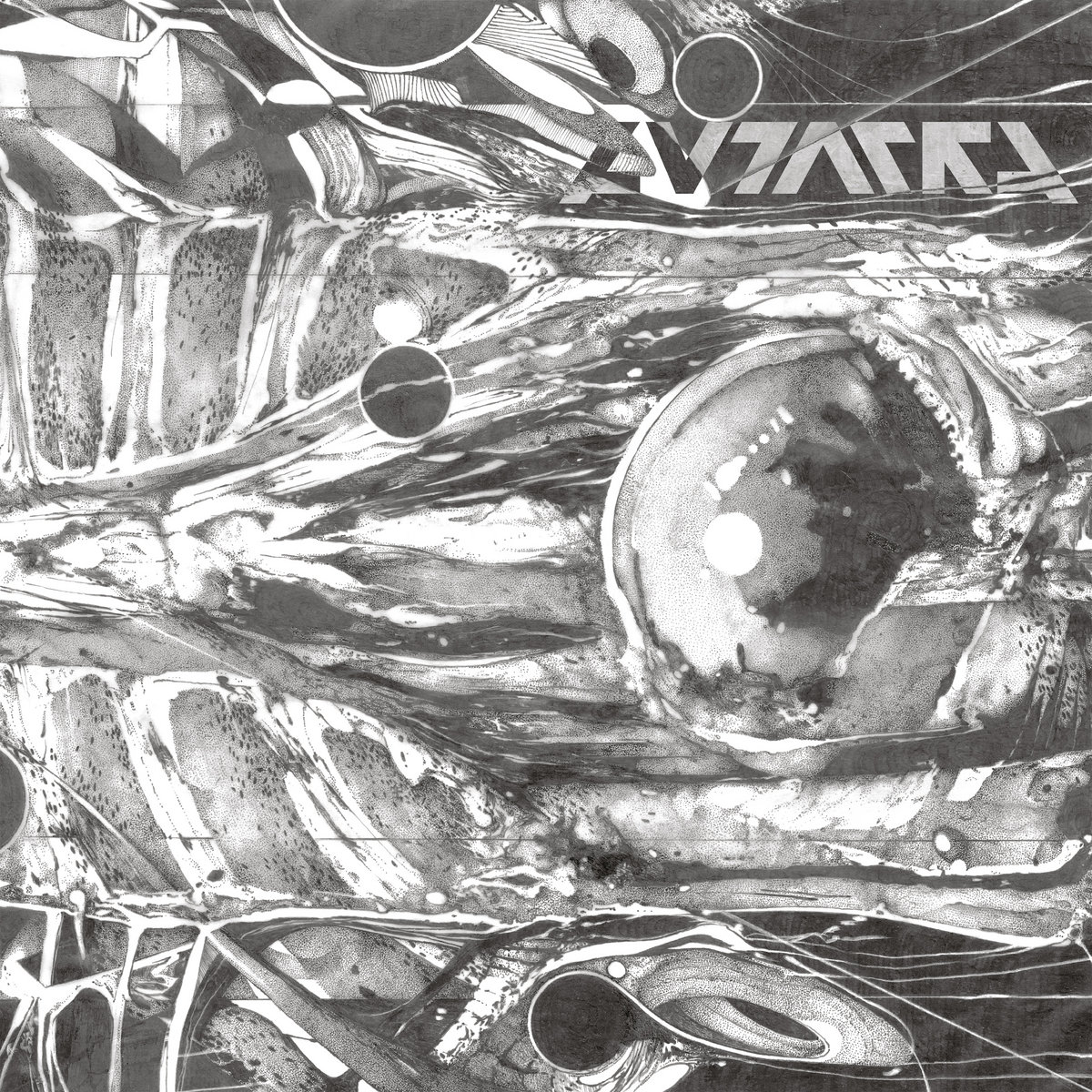 Form in Motion
by Autarkh

Formed by Michel Nienhuis after the dissolution of Dodecahedron, Autarkh blends industrial and electronic elements in with extreme metal on their debut full-length Form in Motion.  Where its predecessor went heavier into black metal, Autarkh’s explorations in metal more often brings bands like Anaal Nathrakh and Strapping Young Lad to mind but run through a noticeably alien and cyberpunk soundscape.  It’s a dense listen, even when the hooks seem more straightforward, and while not every aspect of the material fully hits the mark its easy to appreciate the fluidity and unique approach the group is going for.

What’s particularly interesting about Form in Motion is that even though the members of Autarkh come from a metal background the songwriting often seems like it emphasizes the industrial and electronic elements with metal coming through as secondary.  Shorter tracks like “Primitive Constructs” and “Impasse” remove that piece entirely, offering up robotic beats and bursts of noise and harsher soundscapes that bring a number of cyberpunk and science fiction soundtracks to mind.  When the two sides do come together it’s a flurry of machine gun blast beats, abrasive guitars that blend in with the noise level of the electronics, and dense walls of sound that require you to peel back the layers.  Stylistically it often reminds me of Strapping Young Lad’s alien or some of the madness of Anaal Nathrakh but run through industrial like Front Line Assembly.  On songs like “Turbulence” and “Alignment” this mixture really stands out, with flurries of industrial leaning death metal giving way to methodical grooves that bring in the mechanical nature of certain Meshuggah albums.  I can also appreciate the electronic noise of closer “Zeit ist nur eine Illusion” which feels like it’s pulling me into a robotic factory somewhere far, far away.  But for all its early experimentation, Autarkh does start to utilize some familiar tricks when it comes to how they structure their universe shattering grooves alongside the machine gun blasts and electronica beats, which leaves the middle of the album coming through with a bit less impact.  Don’t get me wrong, the controlled chaos and methodical nature remains appealing, but it feels as though the concept has the potential to be taken even further.

The vocals on Form in Motion blend much harsher and distorted screaming with rougher edged singing, with David Luiten and Michel Nienhuis switching off throughout the material.  This results in some very dynamic performances that sometimes shift from very abrasive to harmonized melodies that feel like they’re teleporting you to the furthest spans of the universe.  It’s an interesting approach that brings equal amounts of death metal alongside Devin Towsend’s work with Strapping Young Lad and even a little Burton Bell circa his Fear Factory days.  Autarkh likes to use a lot of layers to their vocals, letting them weave in and out of the noisy industrial elements and sometimes seem like they’re on the verge of being completely swept away, only to erupt in room filling screams a few moments later.  This is an element of the album that I really like, and even when some of the instrumentals start to have a sense of familiarity the vocals remain a bit harder to predict.

Autarkh represents an intriguing fusion between industrial, metal, and more dance-oriented forms of electronic music, taking the room filling beats and bringing a dense and noisy listen that brings the atmosphere of cyberpunk and other sci-fi with it.  Although some of the metal elements feel like they follow too similar a flow and not every track fully clicked with me over repeat listens, this is still a very promising start and seems to be pushing Nienhuis’ past music in radically new directions.  If they can continue to twist these harsh and inorganic soundscapes even further, I suspect we’ll be in store for even better things in the future.  Form in Motion is available from Season of Mist.