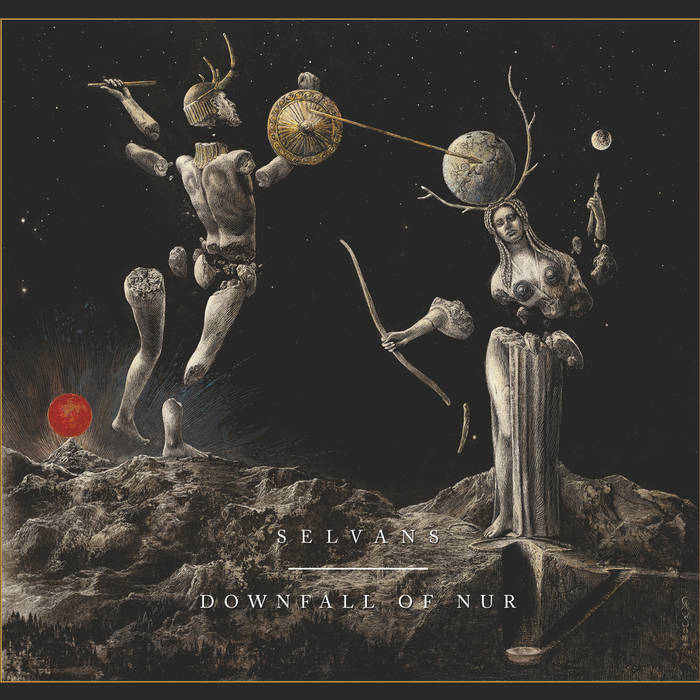 Listen to Downfall of Nur
Bandcamp

The Pitch: Two of my favorite purveyers of highly atmospheric blackened folk metal, Downfall of Nur and Selvans, join forces for an epic split through Avantgarde Music.

What I Like:  I adore both of these bands, so much so that I couldn't decide which album to include on my top 10 last year.  They both have a very unique take on folk music, leaning more heavily on obscure flutes, other wind instruments, and mandolin (at least I think that's what I'm hearing).  While many others in the genre go for the big viking sound or violins/fiddles for upbeat war marches or drinking of ale, these guys continue to go for a sound that is subtle and mournful.  They elevate both folk metal and atmospheric black metal to new territory.

What I Don't Like: I'm not certain that I see much of a progression from their previous works, nor do I feel like these tracks have quite the same profound impact.  "Mater Universi" does have some slightly different ideas in its second half.  I hope by the time they are both ready for new LP's that we can expect something a little more pronounced.

The Verdict: This is likely one of the most unique folk metal releases you will hear in 2016.  If you've never heard either band, this will get you interested.  If you were already familiar with their previous output, you will still enjoy it but may find yourself wanting more.