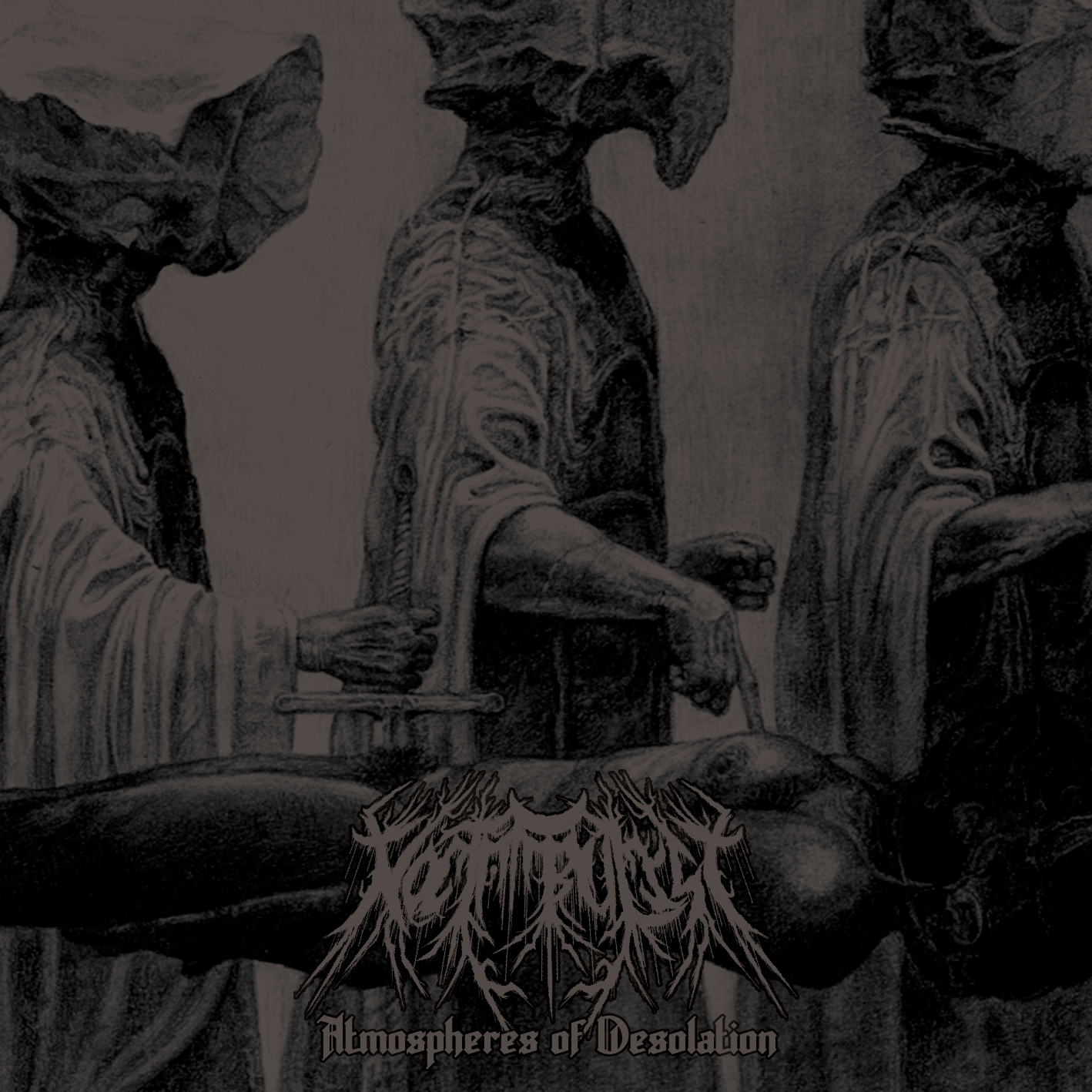 Atmospheres Of Desolation
by Noctambulist

What I Like: Noctambulist don't just come strong out of the gate; they knock it right the f#$k over. With a scalding, oppressive fury and technical prowess that rivals even the likes of Ulcerate, this band is ready to make a name for itself. The guitars and drums are absolutely dizzying in their calisthenics. Traversing terrain from both the death metal realms of Abyssal as well as the deep black void of Deathspell Omega, Atmospheres Of Desolation remains true to its title with little concern of genre disputes. Beginning around "Atmospheres of Desolation" and continuing into the doomy opening chords of "Jubilant Cataclisym," it becomes clear that Noctambulist are masters of slow, methodical groove and atmosphere just as much as blazing fires of destructive instrumentation. Dark corridors of this ever-winding labyrinth unpredictably give way to rooms filled with torment and despair.

Critiques: Damned if this album isn't pretty much perfection. There are no low points, the pacing and length feel just right, and holy crap do these guys know how to play their instruments. The only thing keeping it from the coveted 10 are some more original ideas.

The Verdict: Amazing. I'm a big fan of this sound, and with so many great bands doing it justice, it's always impressive to see a new band hold its own in the fray. Noctambulist deliver on technicality and pure aesthetic alike with this debut album, and it is an absolute must listen. Atmospheres Of Desolation is out today. Be sure to hear the band interview as well if you missed it.