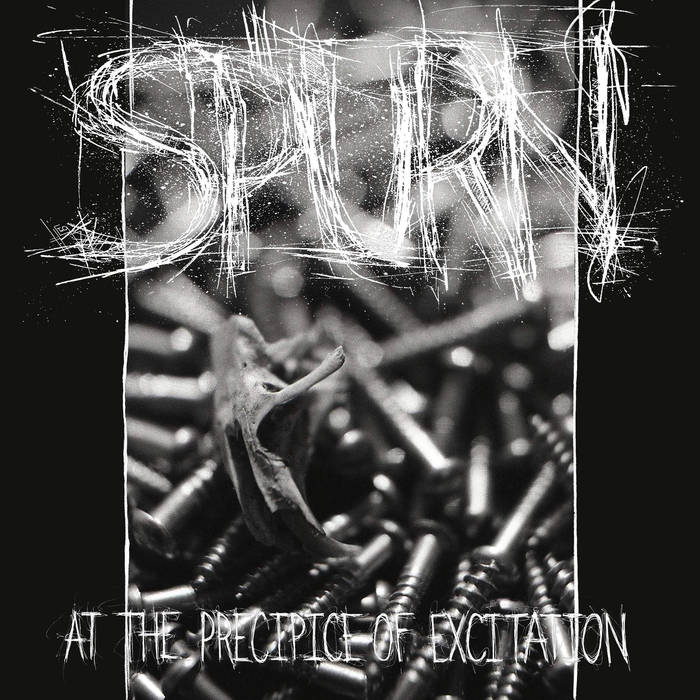 At The Precipice Of Excitation

At The Precipice Of Excitation
by Spurn

The Pitch: Calgary mathgrind/grindcore project Spurn follow up 2016's excellent Comfort In Nothing with another noteworthy outing. FFO: Frontierer, Car Bomb, The Sound That Ends Creation

What I Like: Comfort In Nothing ended up being an excellent late addition to my favorite albums of 2016. The perfect "lovechild of Converge and Ulcerate," I am happy to report that Spurn continues its destructive momentum with At The Precipice Of Excitation. Once more, what follows is as adrenaline-inducing as Frontierer's Unloved, but with the noisey and chaotic elements dialed up several more notches. Furthermore, there's a decent amount of variety when it comes to style and pacing that keeps the album interesting over its just over 30 minute runtime. You get straight ragers like "Lepa Radic," but also the lumbering, electronified sludgecore of "Confusing Ignorance For Innocence." And who better to cover on this ode to apathy than Mr. Misery himself, Tom Waits? Some moments are steeped in highly technical drumming and angular riffs while others like "The Eleventh Hour" are simple, sweaty bouts of crust. By the time you reach "Looking Past Your Own Nose," it quite literally sounds as if the album is breaking down like an overused piece of machinery. Also, "Pushing The Flat Earthers Off The Earth" is easily one of my favorite song titles of the year.

Critiques: While I am thankful for the pace changes, the longer, comparatively slower tracks drag on a bit too long. Breeching the 4 minute mark seems a bit uneccessary and hurts the overall album flow. Comfort In Nothing achieved a similar effect in a more concise way with shorter tracks like "Obsolete." That said, this album definitely sports the superior production quality.

The Verdict: Simply put, At The Precipice Of Excitation kills. It's another vicious album that reminds me, perhaps moreso than anything else, that the mainstream is missing out on the best albums that metal has to offer. That's where you come in. Buy this album at the price of your choosing (it's easily worth full retail), and tell everyone you know about Spurn. While you're at it, go ahead and nab Comfort In Nothing as well if you missed it.