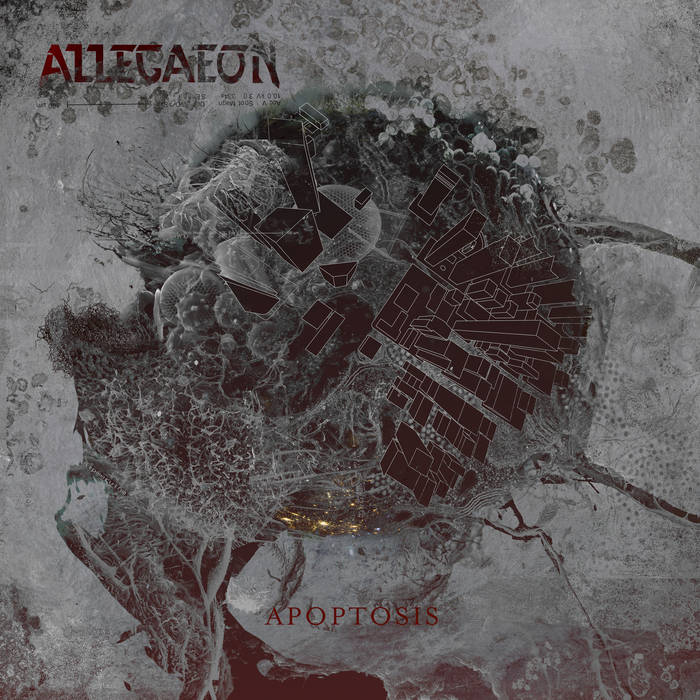 What I Like: Let's start with the good. Allegaeon are not interested in maintaining a simple holding pattern. This becomes apparent from the very beginning with the stellar, Dream Theater-esque bass solo that kicks off "Parthenogenesis." Says guitarist Michael Stancel, "On this record, I was more open to new ideas that we might not have used in past. Rather than deleting something because 'it's not Allegaeon-y enough', I would take a step back and see if that idea fit the song and decide if it was worth keeping." True to these words, Apoptosis is nothing if not a mission statement of evolution. From the surprise clean singing and left turns of "Tsunami and Submergence" and the 10+ minute title track to the soothing acoustic of "Colors of the Currents," these are by far the most interesting elements of the album. And if you just want a real banger, check out "Metaphobia."

Critiques: Let me preface this in saying I was an Allegaeon defender when it came to crowdfunding support. As I've stated on the podcast, if your fanbase is willing, by all means get paid for your hard work. That said, you'd better believe that their newfound salaries greatly increased my expectations for this album. Unfortunately, Apoptosis did not come close to meeting them. For all of it's impressive musicianship, both the production and songwriting fall flat, inspiring little in the way of feeling or energy. More importantly, the vocals, if you'll permit me to be blunt, are boring. With a band capable of so many different styles and approaches, it makes little sense to deliver such a one-note death growl. We need some range. Where are the highs to offset the lows? Where's the variation and inflection?

The Verdict: I write this review not to generate hate clicks, but as an honest fan of the band. A true friend calls you on your bulls#!t. So Allegaeon, take this as tough love. You can do better. I am pleased by your desire to expand the boundaries of your sound, but there are still some foundational elements that require your attention. Hope the constructive criticism is well-recieved.