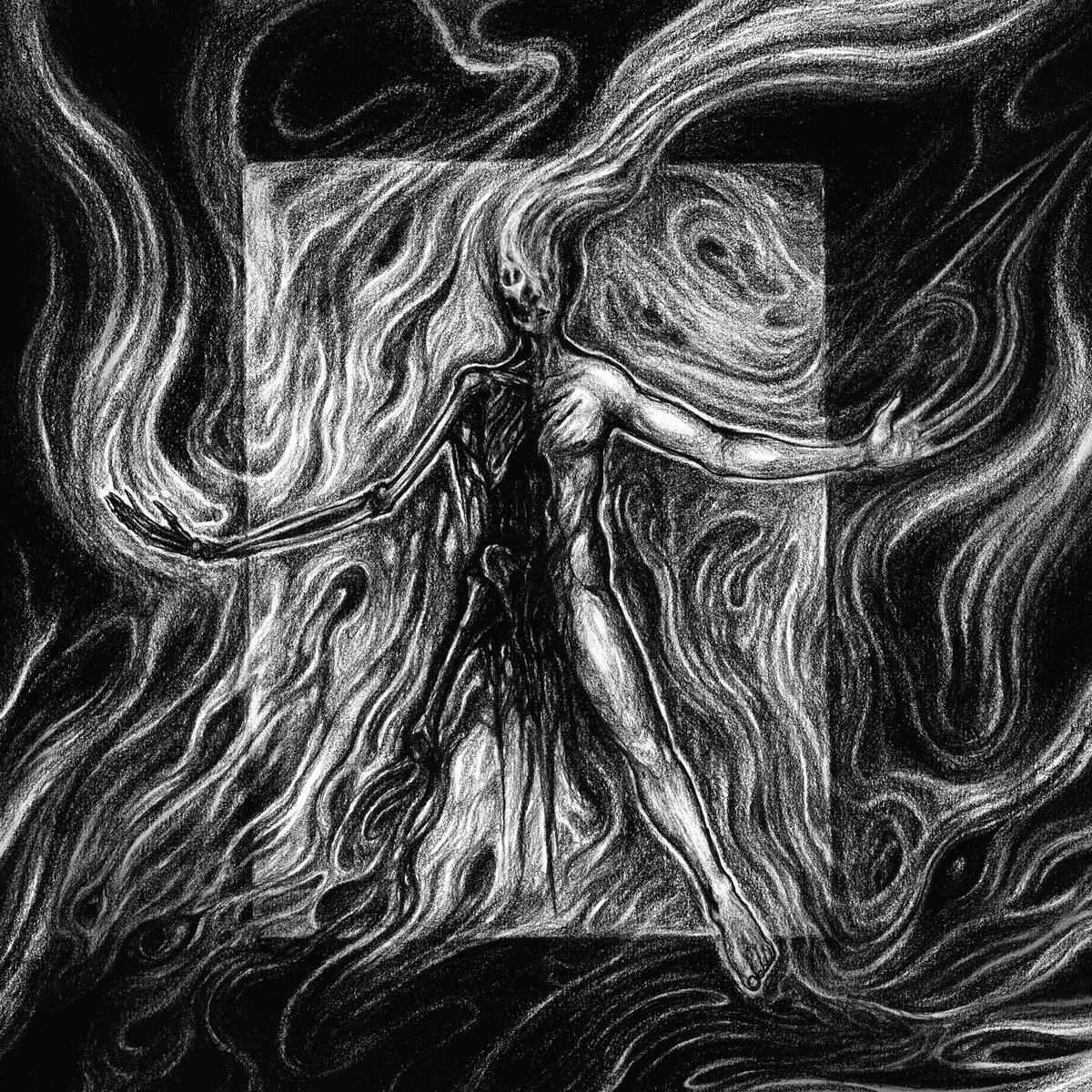 Eleven years have passed since Impavida’s debut full length Eerie Sceneries came out.  In that span of time, Lantlôs’ Markus Siegenhort left the band and project creator E. aka God Killing Himself has brought in an anonymous American vocalist for the second full-length Antipode.  Where the band drew upon elements of depressive black metal on their debut, Antipode spreads further outwards and incorporates elements from each side of the genre for an experience that is as nightmarish and unsettling as they come.  With instrumentation that’s capable of pummeling the listeners with sinister layers one moment and then letting them shiver with sparser, dread inducing melodies the next, Impavida’s comeback delivers genuinely haunting black metal that will stick with you for quite a while.

Antipode is made up of four tracks, two of which are sprawling arrangements that span past the fifteen-minute mark and two which are quick bursts.  Lengthier songs can be hard to pull off in black metal as so often the riffs start to drag on longer than they need to for the sake of building atmosphere, but here the passages fly by and feel like they’re half of their actual length.  Impavida accomplishes this by building their tense atmosphere as quickly as possible and then transitioning over to new elements without losing any intensity in the process.  The opening sixteen-minute piece is a perfect example of this, as a very short intro established a sense of dread before the instrumentals launch into an all-out assault on the senses with dense blasting and overlaid melodies that feel like they’re coming directly from the underworld.  Throughout the course of the album there’s a regular tradeoff between the spine-chilling melodies and violent riffing, with the transitions coming through as abrupt yet natural.  Stylistically Impavida is pulling from traditional black metal along with its depressive and atmospheric variants, often weaving the three together in a way that feels different from the norm.  It’s a lot to take in but as you dive underneath the layers you’ll likely discover that Antipode continually draws you back for more, inviting you to experience its nightmares in even greater depth.

The only info available about vocalist He, Who Walketh the Void is that they’re from the U.S., indicating that Impavida would rather let the performance on the album speak for itself.  After listening to Antipode that seems like the right move, as the vocals play a large role in creating the nightmarish and unsettling atmosphere that the songs are able to provide.  They often come through as high-pitched shrieks and screams that tower over the instrumentals with a spooky, otherworldly presence.  It makes an immediate impression, and the pitch is so abrasive that it’ll make your hair stand on end with each appearance.  “Towards the Pyre” incorporates come clean chanting/singing from Valkenstijn of Mosaic which helps to shake things up just a bit, but as a whole the performance is focused on coming through as otherworldly and ear piercing as possible.

Antipode is the type of album that not only makes an immediate impression but leaves a lasting impact, weaving through dense layers of nightmarish black metal that provide plenty of twists and turns.  It’s a significant leap forward for a band that was already at a high level early on and looks to be one of the better albums this genre has to offer in 2019.  Hopefully this renewed energy will result in less of a wait next time around, as Impavida is stronger than ever.  Antipode is out now on Ván Records.