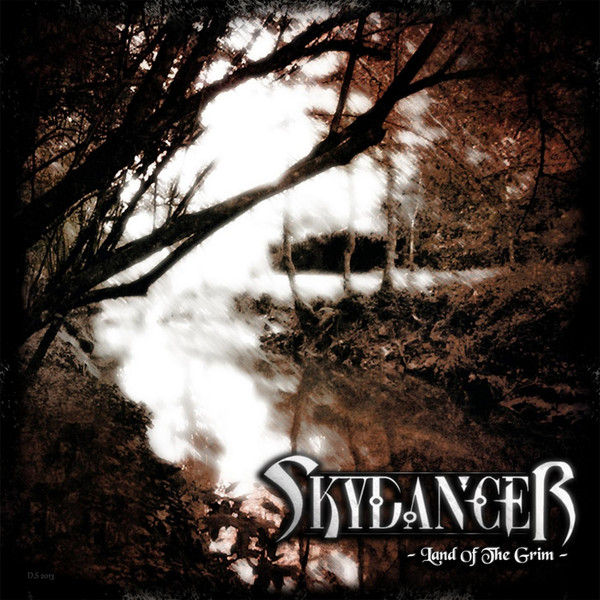 Land of the Grim
by Skydancer

Whether it was intentional or not, Skydancer really suckered me in for a listen with their name. A HUGE Dark Tranquillity fan, my eyes were immediately drawn to the name while visiting the label for an entirely different promo. Fortunately, they can back up the click-bait name with some really excellent songwriting with Land of the Grim

It is worth mentioning DT one last time, as there are some elements of this release that warrant comparison. The fusion of death metal with a moody, gothic atmosphere and classy synth work would have been right at home on Projector or even Construct. Other parallels could be drawn to the gothic rock of Tribulation's latest album.

However, Skydancer can't seem to be chained to any one sound for too long. When the album opened with “Swamp Tomb,” I was sure that I was in for some depressive doom metal. That was, until it gave way to a melodic death build and full-on thrash assault. And just when I spent the first half of the album becoming acclimated to the death metal growls, “The Ferryman” throws down some 80's thrash vocals not far removed from Tom G. Warrior. Crusty drums, violins, piano interludes, neo-classical solos: this is just the album for an eclectic nut like me.

But all name-dropping and genre-jumping aside, the real question is whether the album is good. The answer is a resounding yes. The guitar work alone is well worth your time and attention. From the slower, Gothenburg hooks to the speedy, bay-area palm-muting; there is some killer riffing going on. Just check out the solo battle at the end of “Galician Exile” for a taste. Meanwhile, the vocals provide ample presence and the drums plenty of variety to keep your heart pumping briskly.

Really though, the most impressive aspect of Land of the Grim is the songwriting. From each individual track to the transitions between them, everything just comes together so well. The extra instrumentation complements the overall sound while the many styles at play never seem to clash when super-imposed. Skydancer have taken 30 minutes of delicious recording fruit and squeezed out every possible drop. Apparently, when life gives you lemons, make some fucking metal.