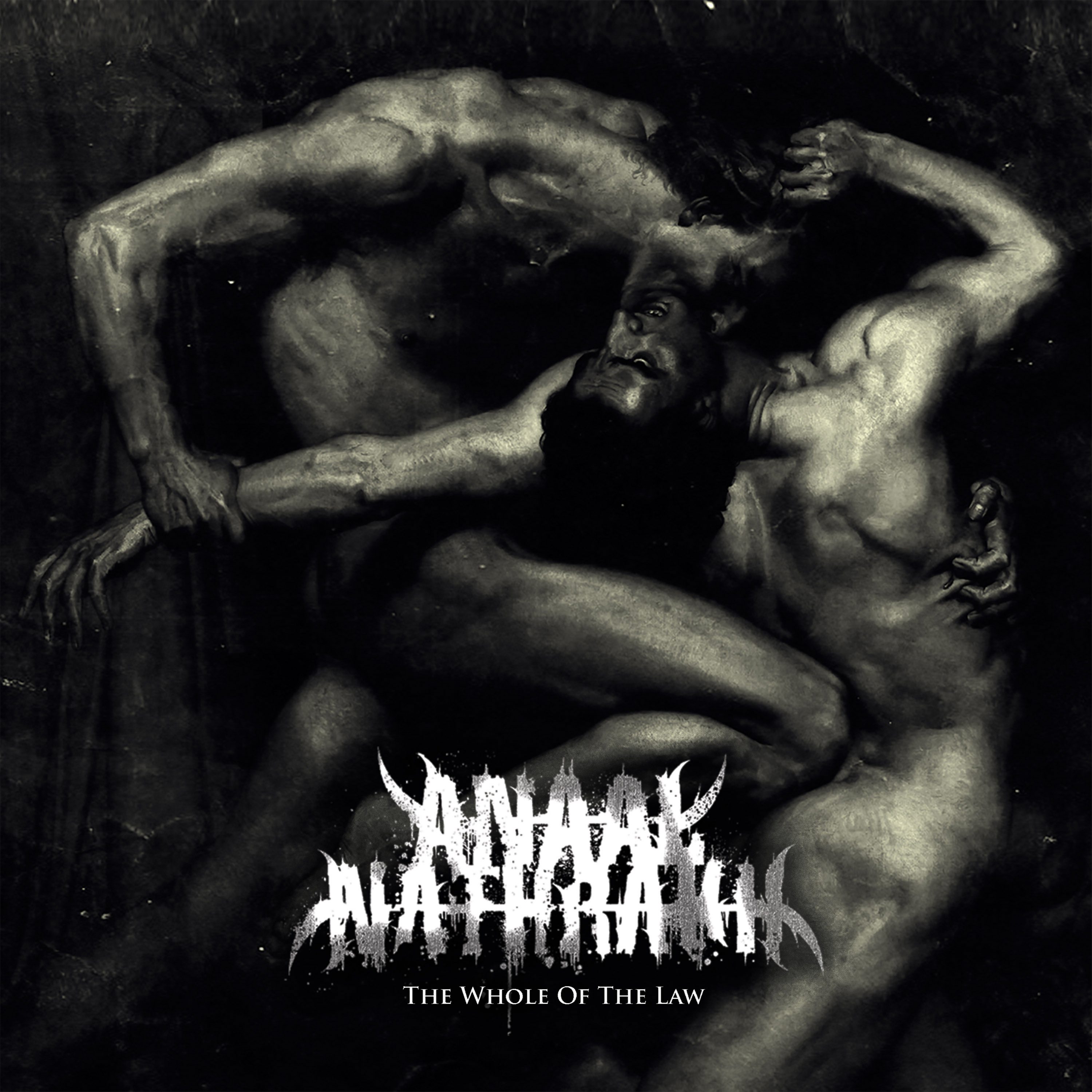 And This Shall Be...

The Whole of the Law
by Anaal Nathrakh

Anaal Nathrakh has been around since 1999, and over the course of this lengthy campaign against all things sacred and good they have released eight albums and an EP while working with major figures like Attila Csihar (Mayhem), Shane Embury and Danny Herrera (Napalm Death), Nick Barker (Testament, Dimmu Borgir), Joe Horvath (Circle of Dead Children), and Sethlans Teitan (Watain).  The duo has also played countless festivals around the world: Roskilde, Hellfest, Inferno, Scion, Maryland Deathfest, Summer Breeze, and Bloodstock.  I missed the bus on a lot of this somehow, but now with The Whole of the Law, it is clear I will have to binge their discography like it's streaming on Netflix.

The Whole of the Law is not the wildest thing I have heard in 2016, but I'm pretty sure it's the heaviest.  Or perhaps a better descriptor would be the sharpest.  Plenty releases this year have had a deep, crushing kind of sound, but Anaal Nathrakh prefers a razor-sharp dagger thrust repeatedly into the flesh...  Preferably done while crouching atop your gushing meat sack.  This is a hell where the Red Wedding is repeatedly re-enacted by a troupe of cenobytes.  The fusion of chaotic, industrial guitars and repugnant, blackened vocals is impeccably violent; the unhinged, feral scream at times resembling the snarls of a panther. 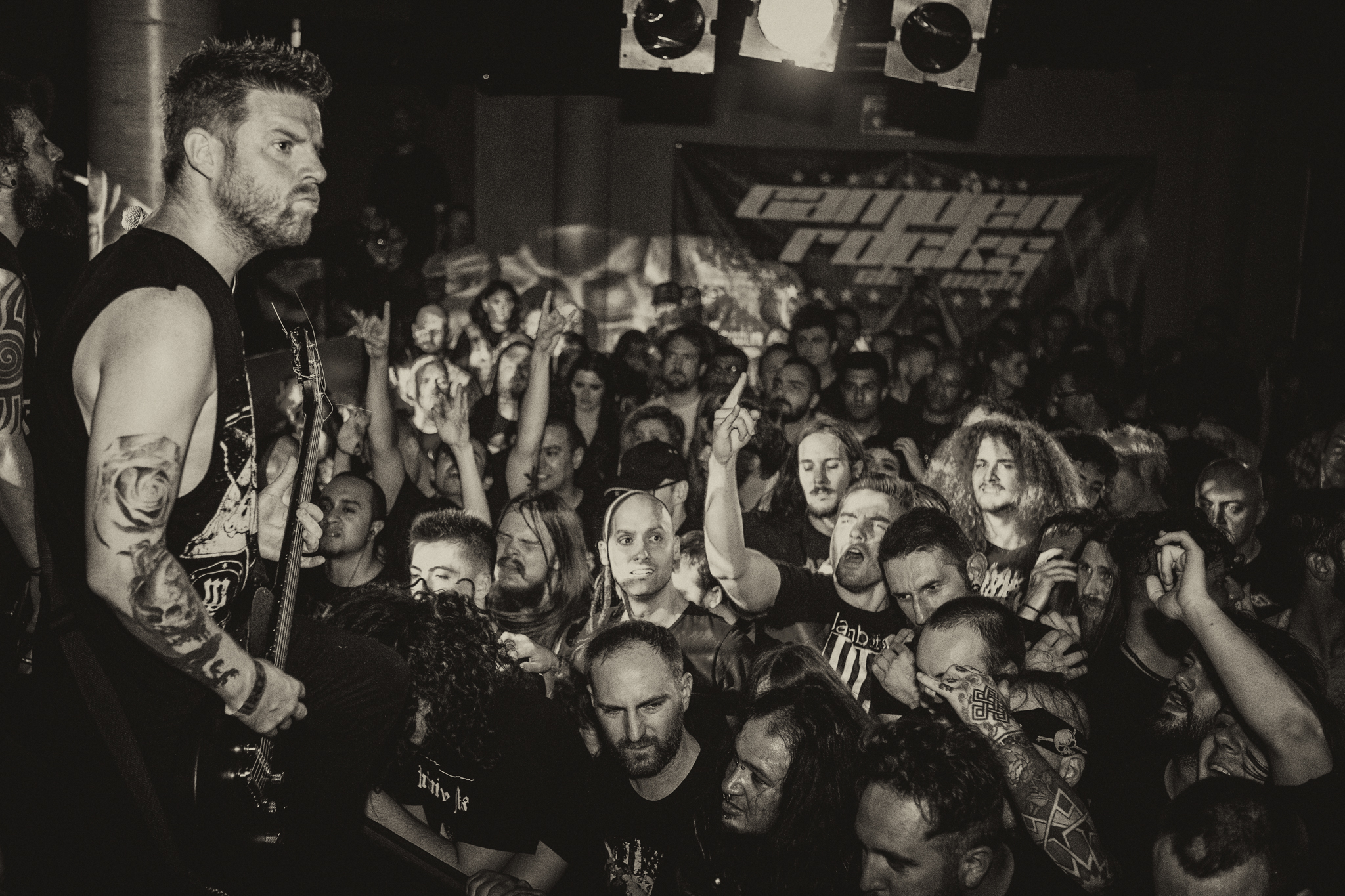 And rarely are cybernetic beats joined so well with such sensational drama.  This is Les Miserable for an audience of despicable sadists.  The drumming cranks out unearthly BPM's while a choir of tortured angels laments in unison as they fall flaming from the sky.  "And Jesus wept" is a quote that comes readily to mind while listening to this monstrosity.  There are elements of this release that I have heard on others recently: most notablly Dawn of Ashes' Theophany and Otargos' Xeno Kaos.  But I think that Anaal Nathrakh puts both of those releases to shame.  They have simply had much longer to hone their craft, and the result is an album that is darker, heavier, and sports a more dynamic sound.

Speaking of that last point, if the intense, distorted growls and epic synthesizer orchestrations weren't enough to elevate The Whole of the Law to the zenith of metal magic; the maniacal "clean" vocals take that critical final leap.  It's a strange union of 80's power and NWOBHM with avant-garde black metal akin to Outre and early Gorgoroth albums featuring Pest as the frontman.  Combined with the cinematics, at times Anaal Nathrakh even sound like Dimmu Borgir back when ICS Vortex was still around ("We Will Fucking Kill You").  In any case, V.I.T.R.I.O.L's one-of-a-kind style and performance will leave your jaw on the floor and always keep you guessing.

I love this album.  It has never failed to open fresh wounds with each press of the play button.  I know that I have a lot of praise to heap around this year, but it's only because the scene is very much alive and well.  Find the time to add another triumph to your playlist on 10/28.  Highlights: "Extravaganza!," "In Flagrante Delicto," "On Being a Slave."