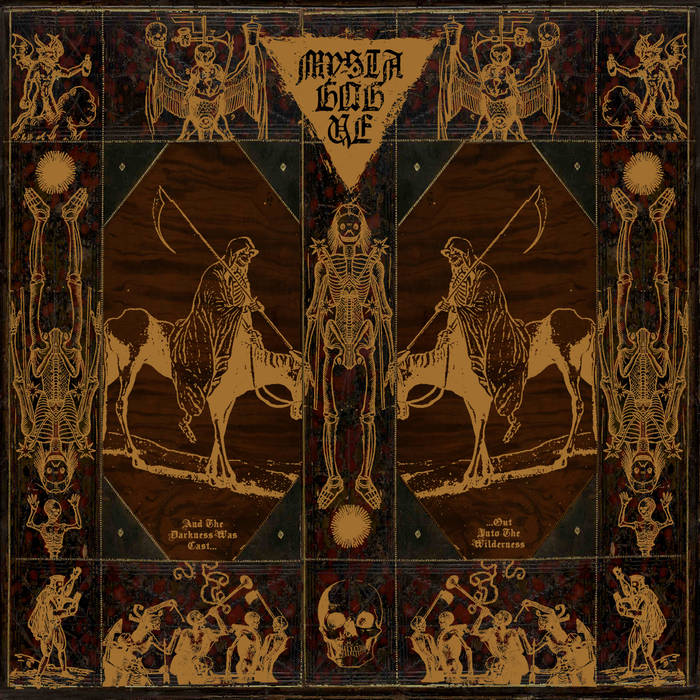 And The Darkness Was Cast Out Into the Wilderness

And The Darkness Was Cast Out Into the Wilderness
by Mystagogue

What I Like: Mystagogue tread the line between traditional, hard-hitting visceral black metal and a more visceral, post-black, Ghost Bath-y approach. With lyrics touching on extreme emotions, history, occultism, religion, and weltschmerz; there is a sickeningly melancholic atmosphere to every note, every howl, and every striking of the drums. It's heavy and harsh enough to be appreciated by fans of Darkthrone, but also melodic and thoughtful enough to appeal to listeners of Deafheaven.

Critiques: I'm not sure that this album carves out enough individual identity for itself. It's an enjoyable listen, but it doesn't linger with me as much as other albums I've heard in a similar style.

The Verdict: Balancing light and dark, violence and sorrow, And The Darkness Was Cast Out Into the Wilderness is definitly an album worth checking out if you like your black metal to show a little diversity. Mystagogue still have plenty of room for improvement, but overall there's plenty to like about this latest entry.

Flight's Fav's: Bereaved Of Light, The Gift of Grief Upon The Black Earth, Nothing But The Night-Black Mantle