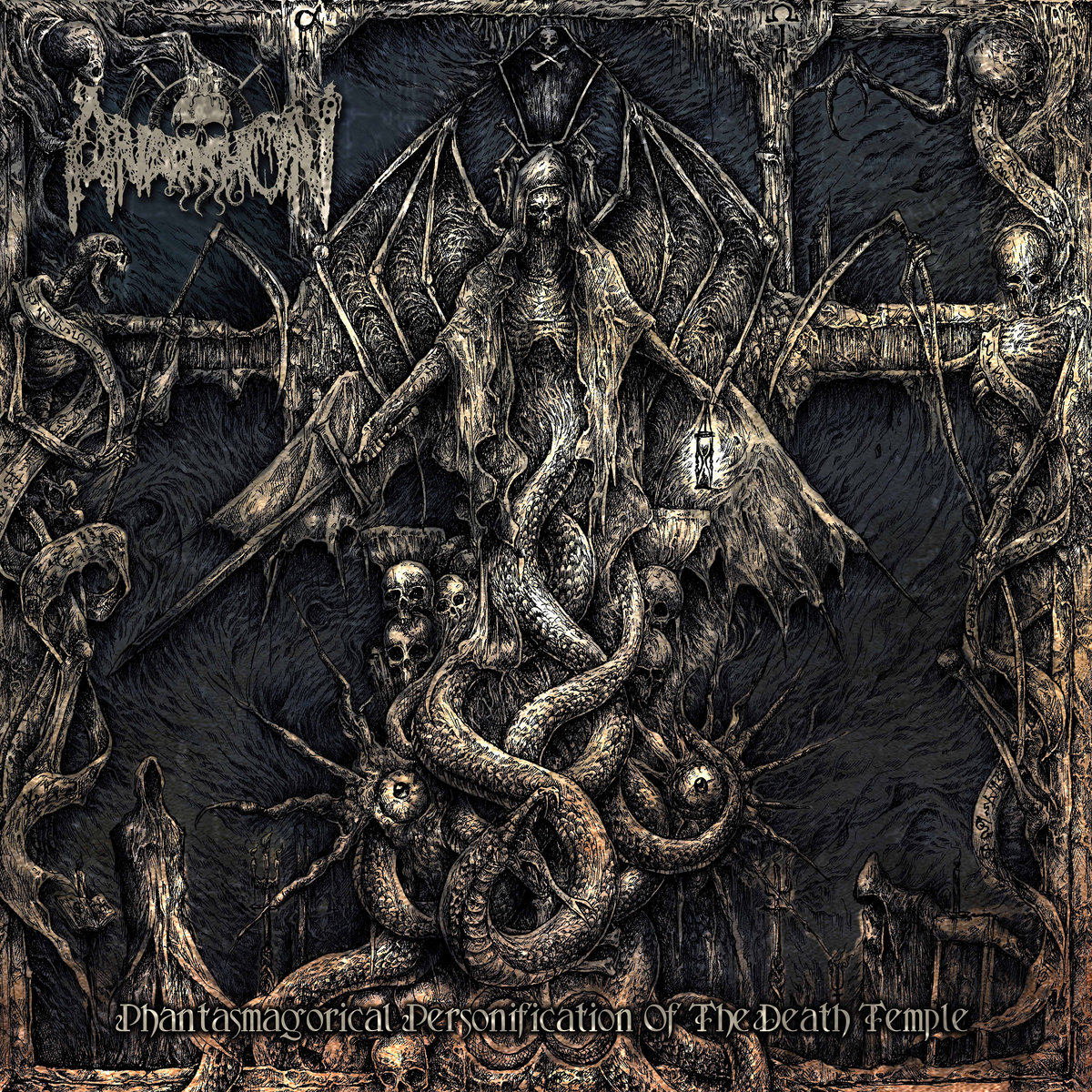 Phantasmagorical Personification Of The Death Temple
by Anarkhon

Review of Anarkhon and their new 2021 album Phantasmagorical Personification Of The Death Temple via Debemur Morti Productions. Anarkohn is a Lovecraftian old school death metal band based out of São Paulo, Brazil; and has been around since roughly 2002 dropping three other albums along the way including 2006's Obesidade Morbida, 2009's Into The Autopsy, and 2013's Welcome To The Gore Show. This fourth album Phantasmagorical Personification Of The Death Temple was actually released in 2020, flying under my radar completely, now with Debemur Morti reissuing the album on vinyl.