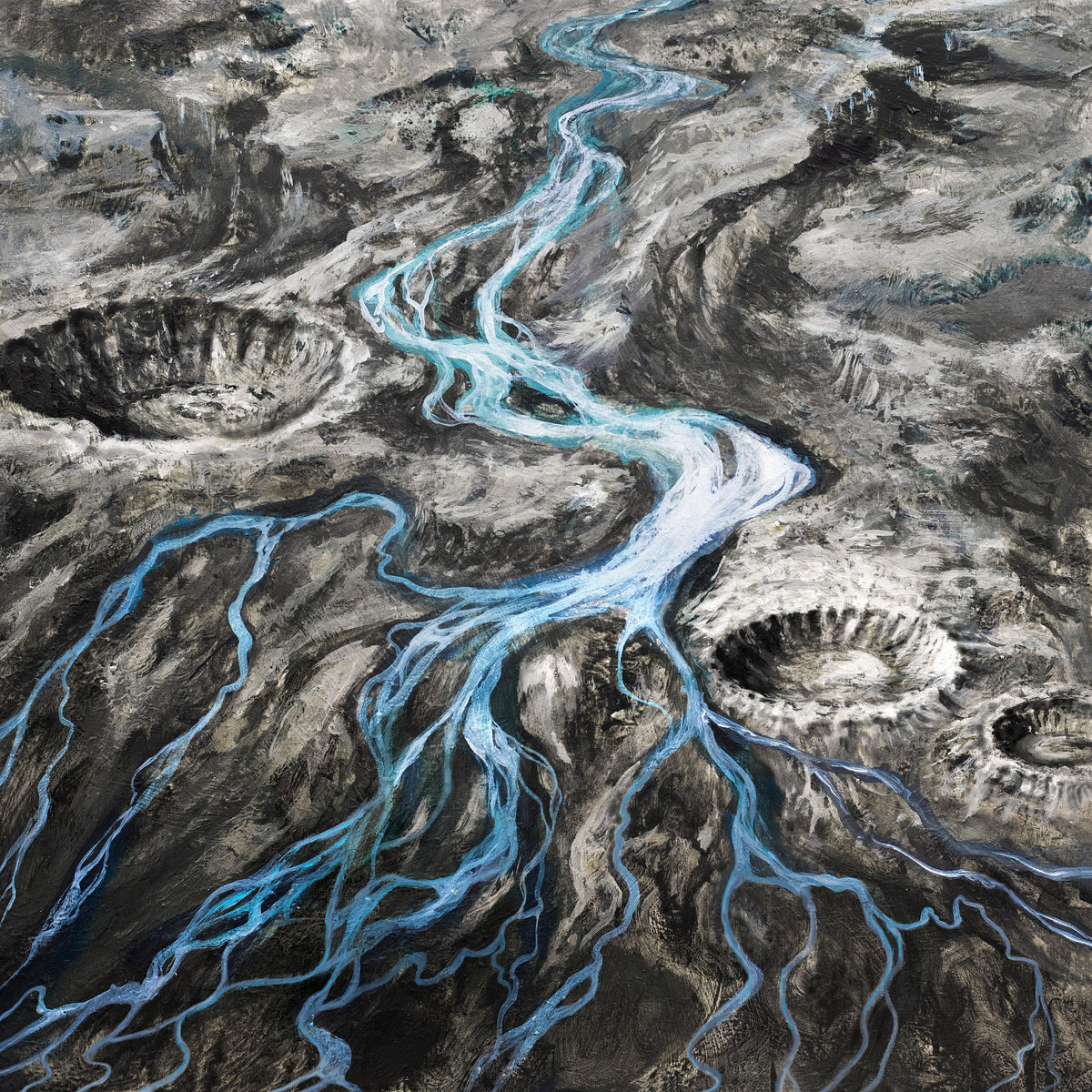 Switzerland’s Anachronism started off more on the technical side of the death metal spectrum back in 2009, but over time they’ve transformed into something much closer to the progressive and dissonant side.  For album number three, Meanders, the group has written material that lives up to its title, offering plenty of twists and turns through exploration of softer melodic passages and aggressive ones that hit as hard as one could want from death metal.  It’s an approach that works well with their free-flowing and jam driven approach to songwriting, and while it does fly by a little too quickly Meanders still gives plenty of reasons to return.

Anachronism’s Bandcamp page makes mention of bands like Artificial Brain and Ulcerate, and you can certainly hear some of that in their mixture of dense dissonant riffing and moments that allow the instrumentation to breathe.  But the way that their songs bend, break, and reform over time gives off hints of other progressive death metal founders like Gorguts or Cynic, and there are full on dips into jazz style guitar on songs like “Prism” that are reminiscent of the latter.  There’s a looseness and free-flowing feel to much of the album and considering the instrumental track “Macrocosm” towards the end of the album originated as a jam session this makes a lot of sense.  Anachronism isn’t just throwing things together aimlessly or haphazardly though, as even with the free-flowing nature the songs have very deliberate and tight pacing that provide standout moments whether the band is at their heaviest or softest.  At points it feels like you’re navigating through an alien landscape and barely keeping control of everything, and the type of imagery the instrumentation is able to stir up makes this an engaging listen.  Admittedly I wish there was more of it, as with the compact thirty-three-minute run-time it does feel like some of these tracks could’ve been expanded upon further and explored even longer jazz and melodic breaks.  As someone that usually finds a lot of death metal stretches on for too long that may be a strange thing to say, but Anachronism seems like the type of group that could actually pull off a double length song and a few of the ones here seem to end before they truly hit the highest peaks.

Lisa Voisard started off as a guitarist but following some lineup changes also took over on vocals in 2017.  This is her second full-length with Anachronism behind the mic and her performance only seems to be getting more aggressive, as her main pitch is a guttural growl that is able to tower above the instrumentation.  The way her voice contrasts with the softer melodies and spacey atmosphere works well and ensures that no matter what the instrumentals are doing, Meanders can still knock you right on your ass.  Voisard’s approach stays the same for much of the album with the exception of closer “Dialogues” where she breaks into cleaner screams/yells that are downright haunting.  I’d be curious if this is something Anachronism would use more of in the future, as it stands out quite a bit and adds that extra burst of intensity right at the end of the record.

With album number three Anachronism has shed much of their technical death metal roots and pivoted more towards the progressive side, offering equal amounts of dense and dissonance riffs alongside entrancing melodies and warmer tones.  It’s an approach that works well, and if any of the bands mentioned earlier in this review are to your taste then this is a must listen.  But it feels like the band is just scratching the surface of what they’re capable of with this style, and I’d be interested to see them tackle some longer and even more dynamic material.  Meanders is available from Unorthodox Emanations/Avantgarde Music.