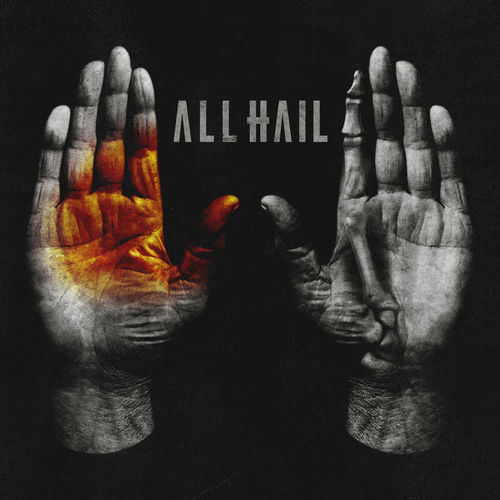 All Hail
by Norma Jean

What I Like:  A lot of my friends are raving about this album, so there's something to be said about that from the start. Their opinions aside, I still am happy to say that this album has been growing on me with each listen despite, not unlike Polar Similar, All Hail not having made the same initial impact and connection as the majority of past albums. So if you find yourself in the same boat, I encourage you to give it a few more spins before writing it off. I'm finding that as time goes on, more and more moments have been standing out and getting that old visceral reaction. I'm particularly thinking about the Architects-y riffs and chilling repetition of "it's not like you to pretend!" on opening track "Orphan Twin," rebellious calls to "Pray for this!" on "Safety Last,"  and the catchy "Whoa-oh-ooh"'s on "Landslide Defeater."

Critiques: Despite only having a relatively average length of 46 minutes, this album feels long. Long is fine, but feeling long is not. It even feels as if it has multiple back-to-back endings with "Careen" and "Anna" along with a final outro with "The Mirror and the Second Veil." Furthermore, despite my increased engagement on repeat listens, I just don't find anything about this album to be as memorable as past outings. Time will tell whether this changes, but within their beefy discography, this one just falls short.

The Verdict: For me, ultimately All Hail is definitely more of a grower than a shower. As a longtime fan of the band, I just expect more from Norma Jean than what I'm hearing here. That said, it's most definitely not a bad album... just one that feels very average to me by comparison. I seem to be in the minority with that opinion though, so take that for what it's worth.