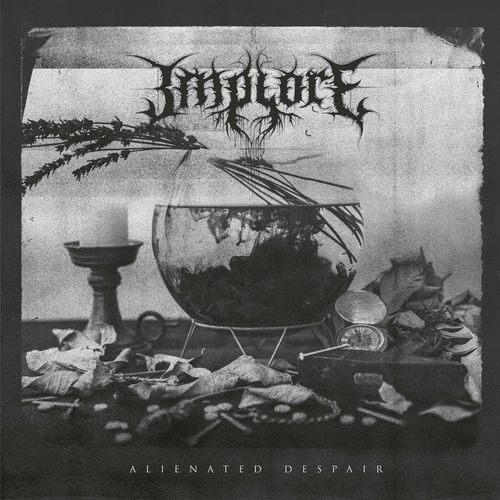 The Pitch: German grindcore group Implore follow up one of my 2017 favorites with Alientated Despair via Century Media Records.  FFO Converge, Trap Them God Mother

What I Like: Take the fastest, hardest Ballou/Koller compositions from Converge and top it off with some extra grindy vocals and you have yourself Implore. This is music you should never play on the highway lest you find your car wrapped like a pretzel around a metal barrier. The drums...my god the drums on this thing. From the performance to the echoing production, those toms alone are enough to make you salivate. That's not even to speak of the wailing, devil-may-care guitar hooks that are as earth shaking as they are infectious. Just a few spins in and I was hooked once, just as with the last release. And at just over 30 minutes, it really is impressively tight and consistent. It knows exactly what it is and doesn't try to be anything more than that. Also, you gotta check out the vile guest vocals from none other than Tomas Lindberg of At The Gates on "Never Again." Reminds me of his crusty work on The Lurking Fear.

The Verdict: Alienated Despair is a total rager that will get you pumped and potential put those around you at risk. Listen to Implore responsibly and preferably away from heavy machinery.