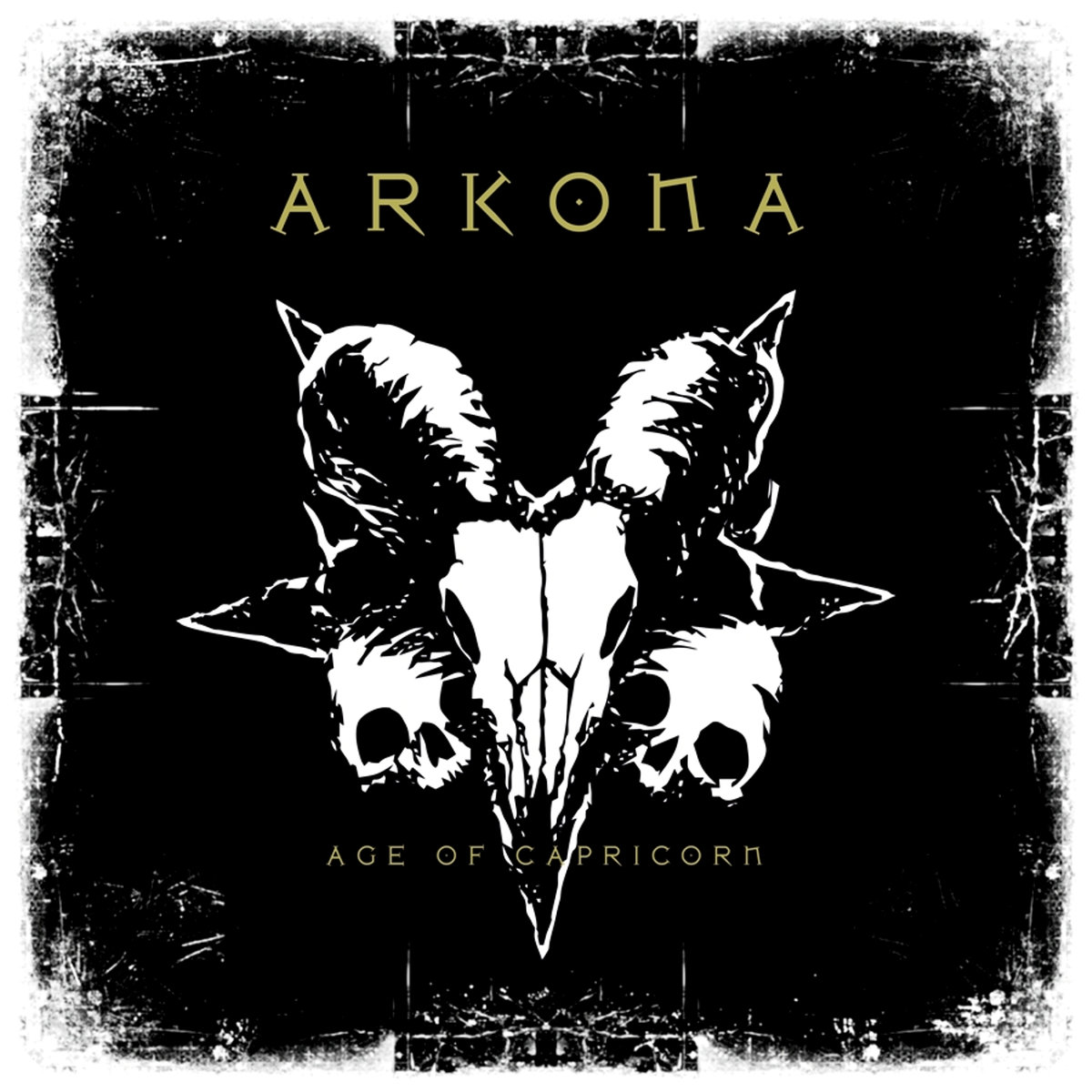 Age of Capricorn
by Arkona (Poland)

Poland’s Arkona may not have hit the same level of notoriety as some of their black metal countrymates, but they’ve been a regular fixture in the underground since their formation in 1993.  Balancing second-wave and symphonic influences with a robust production, their more recent efforts have provided plenty of substance for listeners willing to dive beneath the surface and this year’s Age of Capricorn is no exception.  Comprised of six sweeping songs that attack with precision and barely give you time to breathe even during its mellowest passages, Arkona once again provides a worthy effort.

Lunaris felt like a turning point in the band’s career, as it saw them spreading outwards towards longer songs that reached grandiose levels of atmosphere and felt like it was capturing some of the more methodical and sweeping instrumentation of more recent Swedish black metal as much as it hailed towards the second-wave.  This remains true on Age of Capricorn and while the instrumentation hasn’t deviated significantly from its immediate predecessor the riffs and melodies have been refined to an even more potent level.  Songs like “Alone Among Wolves” and “Deathskull Mystherium” expand outwards with equal levels of dark, enveloping melodies and abrasive instrumentation that blasts away with that familiar icy chill and are easily some of the better examples of symphonic elements in black metal that you’ll hear in 2019.  The album is consistent in the ebb and flow of its attack and despite some of the tracks heading past the seven-minute mark the writing doesn’t drag or lose its impact.  It’s certainly familiar territory whether you’ve heard Arkona’s past efforts or not, but the writing propels Age of Capricorn above quite a bit of the competition.

While new bassist/vocalist Drac joined the band not long after the release of Lunaris, this release is the first where he takes over the position and his raspier screams suit the overall sound extremely well.  Long-time guitarist and keyboardist Khorzon contributes some backing vocals during some of the most intense sections to further fill out the sound, but for much of Age of Capricorn Drac steals the spotlight and he handles this with ease.  Despite how dense the layers of instrumentation are, the screams tower over them and sound like they’re raining down hellfire upon everything in their path.  This is one area where Arkona has always managed to excel despite some lineup shifts over their history, and hopefully this particular incarnation remains intact for more years to come as it works to their advantage.

It may not deviate significantly from Lunaris, but Arkona’s latest effort refines the atmospheric and violent elements that made that album so enticing to an even more potent and breathtaking level.  The songs reach grandiose climaxes that feel like they’re going to level entire city blocks and leave nothing but dense fog and destruction behind.  The individual elements that comprise this material may come across as familiar to the black metal devout, but underneath the surface there’s plenty of substance to keep listeners coming back.  Age of Capricorn is available from Debemur Morti Productions.