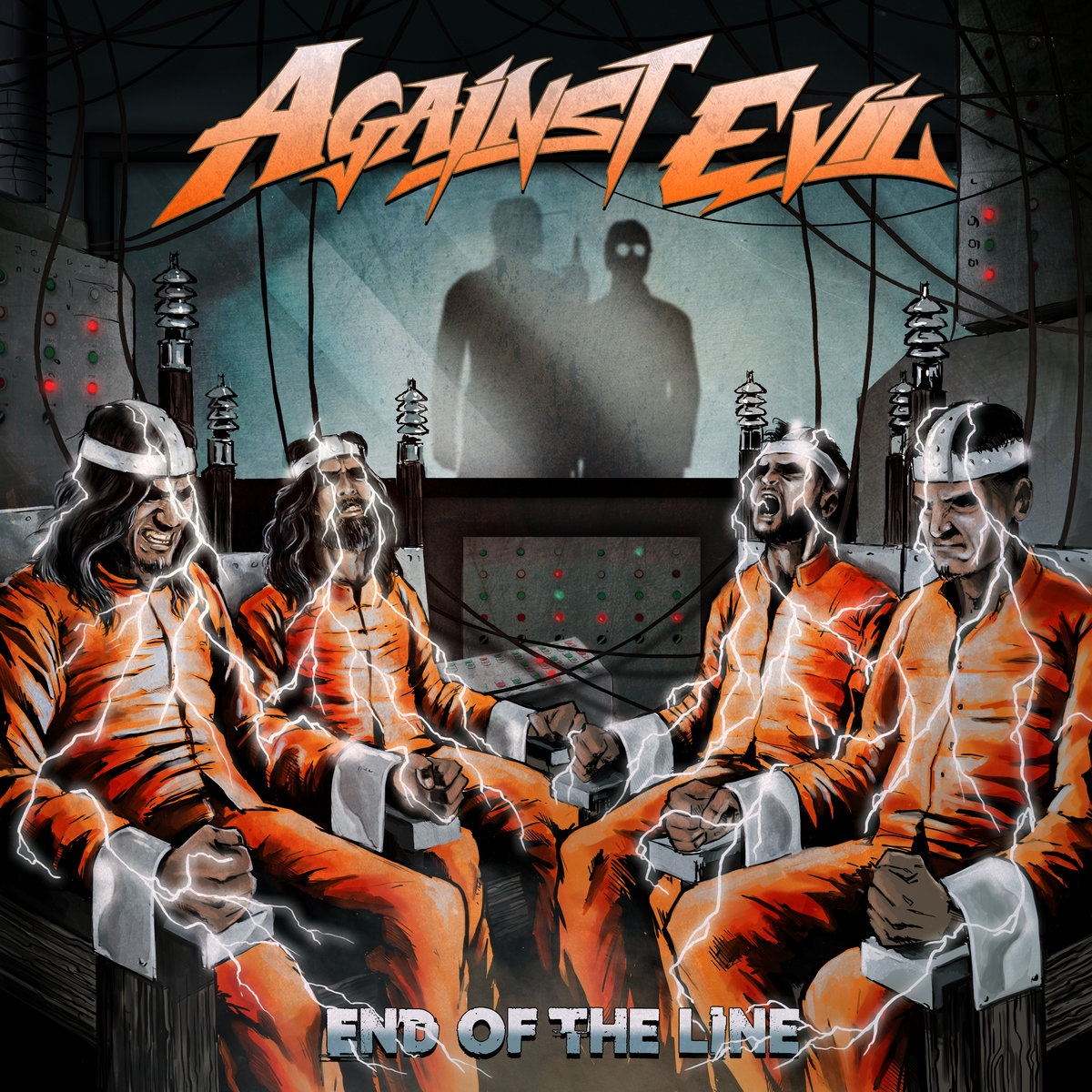 Against Evil - End of the Line (Album Review)

End of the Line
by Against Evil

Although India doesn’t come up as often when mentioning metal bands, the country has had quite a few promising acts over the past couple of decades and thanks to my prior work with Transcending Obscurity’s webzine I was exposed to quite a few over the years.  One name that’s come up a lot is Against Evil, who formed back in 2014 and have been regularly putting out material ever since.  Skewing more towards the heavy metal and thrash side of the spectrum, Against Evil has upped the aggression and intensity of their music even further on sophomore effort End of the Line.

There may still be a decent amount of melody present on End of the Line but compared to its predecessor All Hail the King the tonality comes through with a bit more low-end bite and aggression.  Rather than simply channeling the likes of Iron Maiden, Judas Priest, or other NWOBHM bands like some of the other Indian heavy metal groups, Against Evil strikes a delicate balance between old and new.  The way in which they do this is by regularly switching up their songwriting formula from one track to the next, as one might head more towards scorching thrash while another offers a bit more melody and an almost power metal aesthetic.  A few of the slower moments even recall that transitional period where thrash and groove metal were becoming separate genres, though End of the Line doesn’t fully stray from its classic heavy metal roots.  Including the re-recorded version of “War Hero” (which was the first single the band ever released back in 2015), the material comes in at a compact thirty-seven minutes which ensures plenty of killer riffs and tempo changes without any filler.  While not every song truly stands out from the pack, I’ve been finding myself returning to the speed metal edge of “Fearless” and the mid-tempo grooves of “Call to War”.

Two of Against Evil’s members share vocal duties throughout End of the Line, and this gives the vocals a similar level of variety as the instrumentals.  Opener “The Sound of Violence” adopts a gruffer sung/spoken approach that reminds me a lot more of Metallica and other thrash, especially given the gang vocals that come through later in the song.  But once you get to “Out for Blood” there is a shift over towards melody, with the singing channeling equal amounts of hard rock and heavy metal that sometimes reminds me of more recent Enforcer.  From that point onwards the material maintains that balance between the rougher, aggressive pitches and soaring melodic ones, which works to the band’s advantage.

Over the past seven years Against Evil has continued to get stronger, and this latest effort showcases their ability to offer diverse heavy metal and thrash that is concise and doesn’t get bogged down with unnecessary filler.  Although they could still use a few more truly standout songs that take them to that next level, the balance between the speed, aggression, and melodic flourishes is truly enjoyable and puts them ahead of many of their peers.  Between these guys and Kryptos, Indian heavy metal is well worth keeping on your radar.  End of the Line is available from Doc Gator Records.