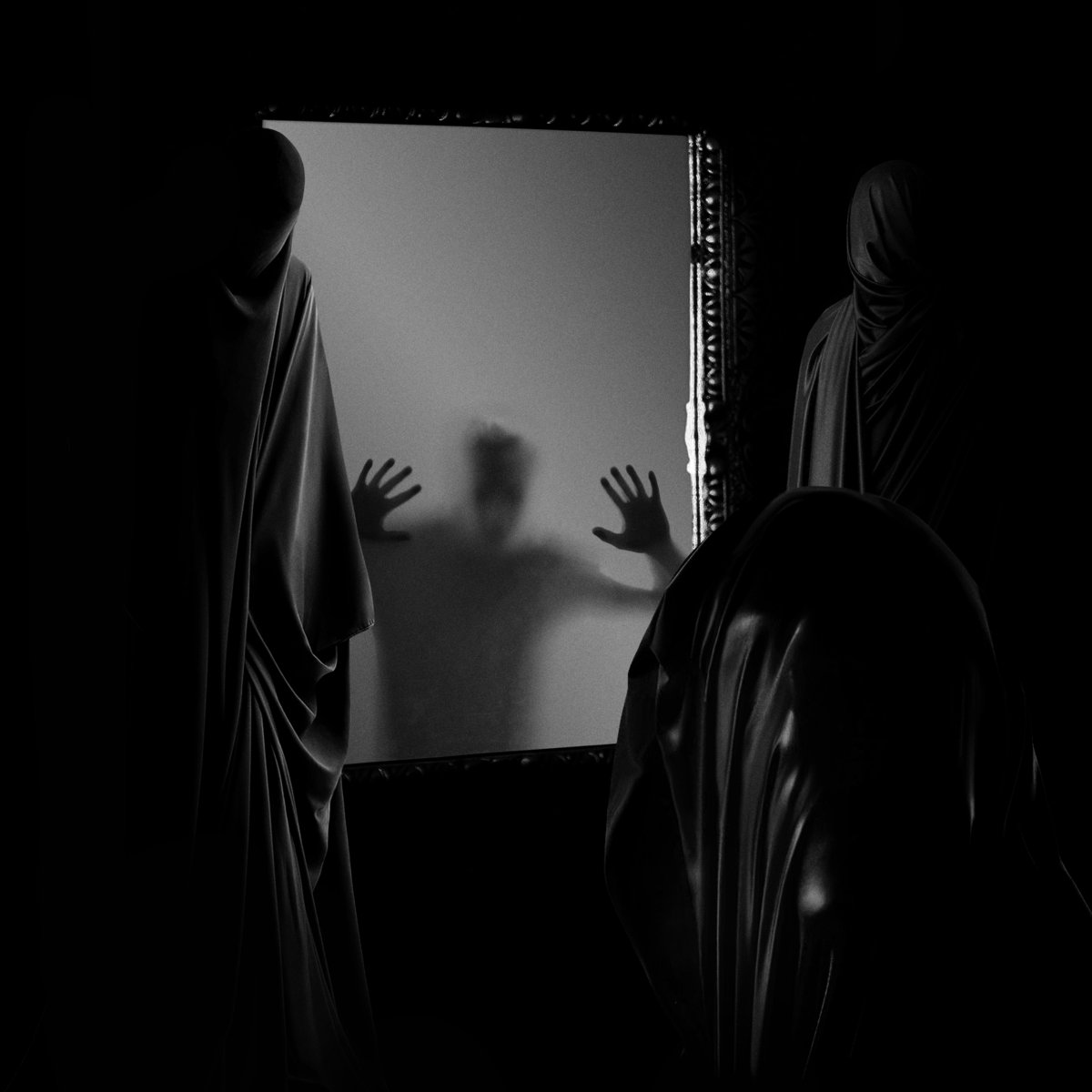 The Ailing Facade
by Aeviterne

For anyone that has an interest in dissonant and genre bending death metal, New York’s Flourishing remains one of the more underrated acts to have offered their take on the genre.  While they only existed for around five years, their three releases brought elements of post punk, post hardcore, and industrial into a death metal framework and had plenty to offer those willing to dive in.  After their dissolution in 2014, two members went on to form Aeviterne which provides a similar foundation but heads in a different overall direction.  The first effort from this new band was 2018’s Sireless EP, and now four years later Aeviterne has unleashed their debut full-length The Ailing Facade.  Jam packed with dissonant and dark atmosphere that plays up the harsher industrial tones and coldness of post punk, it’s a dense listen that proves to be just as intriguing and rewarding as Flourishing’s output.

There may be plenty of experimentation and tonality that sounds like its pulling in a bit more of dark ambient and industrial’s creepy atmosphere, but Aeviterne never fully strays from its death metal foundation.  The Ailing Facade has plenty of blasting and churning, ever shifting riffs that sound like they’re going to collapse inwards and leave you buried underneath the layers of a deep, dark cave, and even when the instrumentals pause for a few moments the tone is still so thick that it will leave you gasping for air.  It’s a dense listen where there’s always an industrial, rhythmic pulse driving things forward, but this is only prominent on some of the tracks and others require you to throw on some headphones and crank up the volumes to let those subtle details come through.  The dissonance is sure to draw some comparisons to Gorguts and Ulcerate, and there are some similarities to the ebb and flow of some of these songs, yet the way these songs transform and throw in an almost post hardcore or post punk sounding riff before heading right back into pummeling death metal differentiates them.  It’s hard to balance this emphasis on constant, repetitive rhythms that bend over time into different directions and still have an album with memorable passages, but songs like “Penitent” and “The Reeking Suns” have remained with me even after listening.  Admittedly the first half does come off feeling a bit stronger than the second, as the last two tracks push outwards a bit longer than they need to and this does make them drag.  But the highest peaks have kept me coming back for another journey into this bleak and tense soundscape, and that is sure to hold true for plenty of other listeners.

The instrumentals may cover a lot of ground as they push outwards from death metal’s roots, but the vocals bring things right back around to the genre’s key characteristics.  Vocalist G.B. has a very abrasive and raspy scream/growl that sometimes reminds me of Martin van Drunen, and there’s a consistent intensity to the performance throughout the course of the album.  While the pitch itself doesn’t change that often, Aeviterne has naturally spaced the verses out so that there are moments of relative calm before the vocals come roaring back in to jolt you back to attention.  It’s an effective approach that suits the ever-shifting nature of the music quite well and ensures that the growls and screams captivate rather than grate.

For some reason I didn’t initially make the connection between Flourishing and Aeviterne, and as a result this album almost passed me by.  But after seeing more and more chatter about it since its mid-March release, I’m happy I circled back and discovered material that takes some of Flourishing’s foundations and explores some different atmospheric textures and even more of an industrial sheen.  Some of the later tracks do drag a bit and it wouldn’t have hurt to have them trimmed down slightly, but this is still an impressive effort that fans of anything dissonant and experimental when it comes to death metal will get plenty of mileage out of.  The Ailing Facade is available from Profound Lore Records.