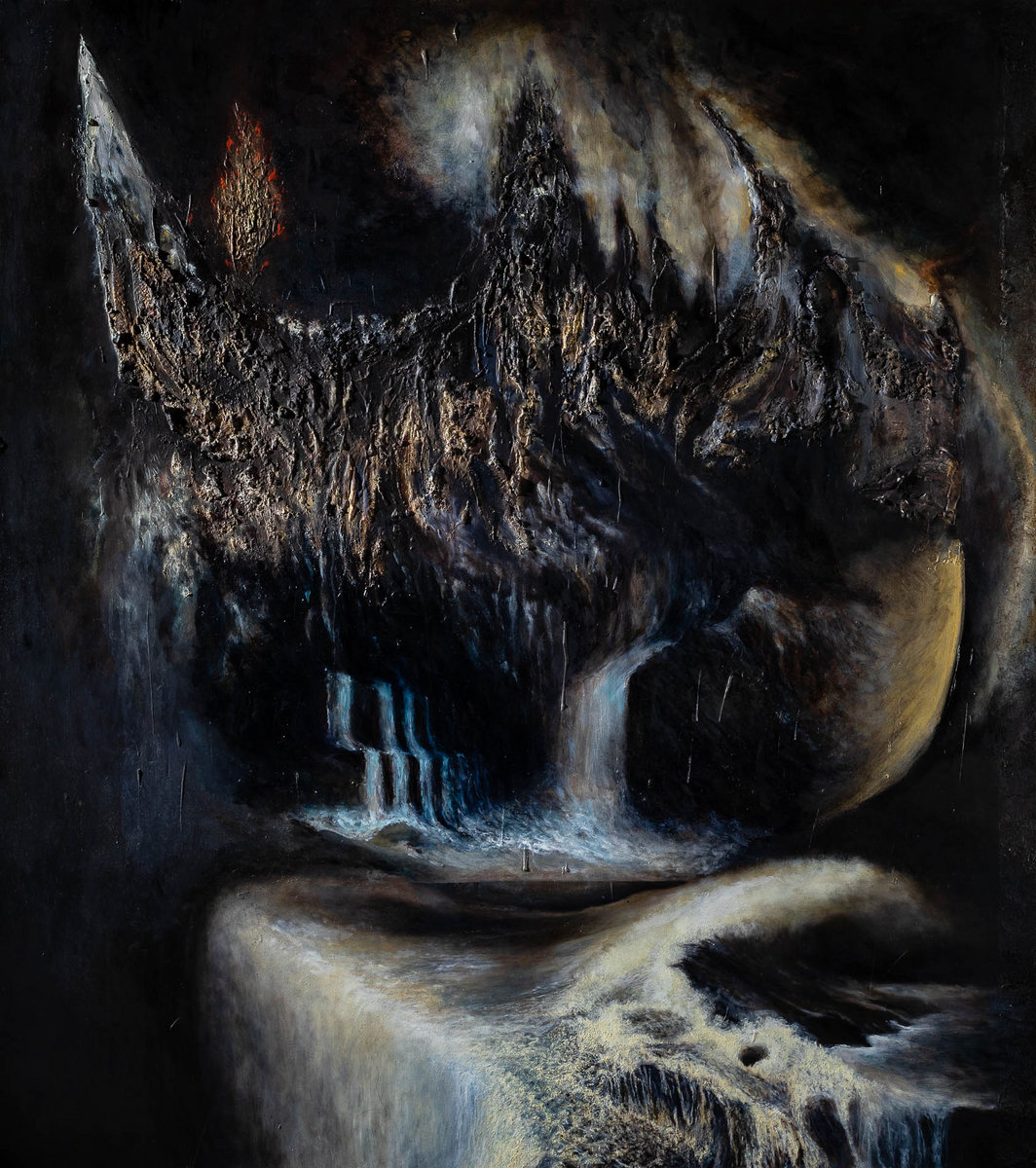 Ad Nauseam’s roots go back to the early 2000s, as the Italian band got their start in death metal under the names Kaos and Death Heaven.  As their music got more experimental and complex it warranted a name change, with their first release under Ad Nauseam coming courtesy of 2015’s Nihil Quam Vacuitus Ordinatum Est.  On that album the group took elements of technical and progressive death metal and attempted to push outwards it, bringing Gorguts and Ulcerate to mind quite often but still having some familiar death metal riffs mixed in with the more experimental moments.  Nearly six years later we finally have a follow-up in hand, and one listen to Imperative Imperceptible Impulse will justify why it’s taken so long.  While still incorporating some tonality and aggressive moments that fall under the death metal umbrella, this is a twisted and dissonant piece of music that pulls from across all styles of extreme metal and other musical genres to create a truly dark and dense roller coaster ride.

As even the label notes, this type of complex and dense material isn’t going to be for everyone, but if you’re the type that likes controlled chaos and music that’s nightmarish and atmospheric in equal capacity than this is a must have.  Though opener “Sub Specie Aeternitatis” comes out of the gate with the type of disharmonic and dissonant riffs that lurch forward similar to Gorguts, it doesn’t take long before Ad Nauseam completely flips the script.  That’s one of the biggest differences from earlier material, as where some of the experimental flourishes would give way to some more traditional death metal structure before here everything remains fluid and never settles for the status quo.  Each song feels like a journey into madness where you’re battered with complex rhythms, bursts of noise, and unexpected periods of calm that still keep the tension at a high.  Despite the fact that each of the six tracks are eight minutes or longer and the entire album is just shy of an hour, the time seems to fly by as every moment brings something interesting to take in and new details reveal themselves with each time through.  Even though Ad Nauseam come from a metal background Imperative Imperceptible Impulse often feels like death and black metal approached from someone completely outside of these bubbles, as the climactic rise and falls have similar cadences as classical music and a lot of the complex rhythms bring the fringes of jazz to mind.  Yet this isn’t just technical wankery and showmanship either, as the band is able to take all of the dissonance and disparate elements and fuse them into songs that have logical beginning and end points.  It’s downright exhausting at times to take it all in considering everything is wrapped in a bleak and alien sound, yet the unconventional nature also reveals moments that stick out in my head days later and lead me wanting to go back in and discover more on a regular basis.

Given the expansive and ever-shifting nature of the instrumentals, there are quite a few passages where there aren’t any vocals but when they do appear they seem to weave in and out of the dense layers.  While this element of the music doesn’t come off quite as experimental by comparison, there is a decent amount of variation to the performance with guttural growls and higher screams sometimes working in tandem to add to nightmarish and chaotic elements of the album.  But across repeat listens it becomes clear that despite the fact that Ad Nauseam sometimes spaces out their vocals, there has been a lot of thought put into where to place them and how the cadence of the screams and growls fit within the context of each piece.  Where some black and death metal bands have vocalists that seem at odds with the rest of their lineup, here everything fits naturally as a piece of the overall puzzle.

If the more avant-garde and complex variants of extreme metal don’t suit your tastes you could likely knock the score down slightly, but anyone that’s spent time with the likes of Gorguts, Deathspell Omega or Imperial Triumphant will find Ad Nauseam presents a challenging yet enjoyable listen that brings some elements of those bands to mind while still heading into entirely new territory.  I almost feel like I could write an essay about each song as I make sense of everything that’s being fused together to make these delightfully mad harmonies and dissonant melodies, but the best way I can describe the overall package is technical black and death metal run through a free jazz filter.  Another early album of the year contender along with StarGazer, and between these two bands I’m not sure if we’ll hear anything else as out as out there in 2021.  Imperative Imperceptible Impulse is available from Avantgarde Music.