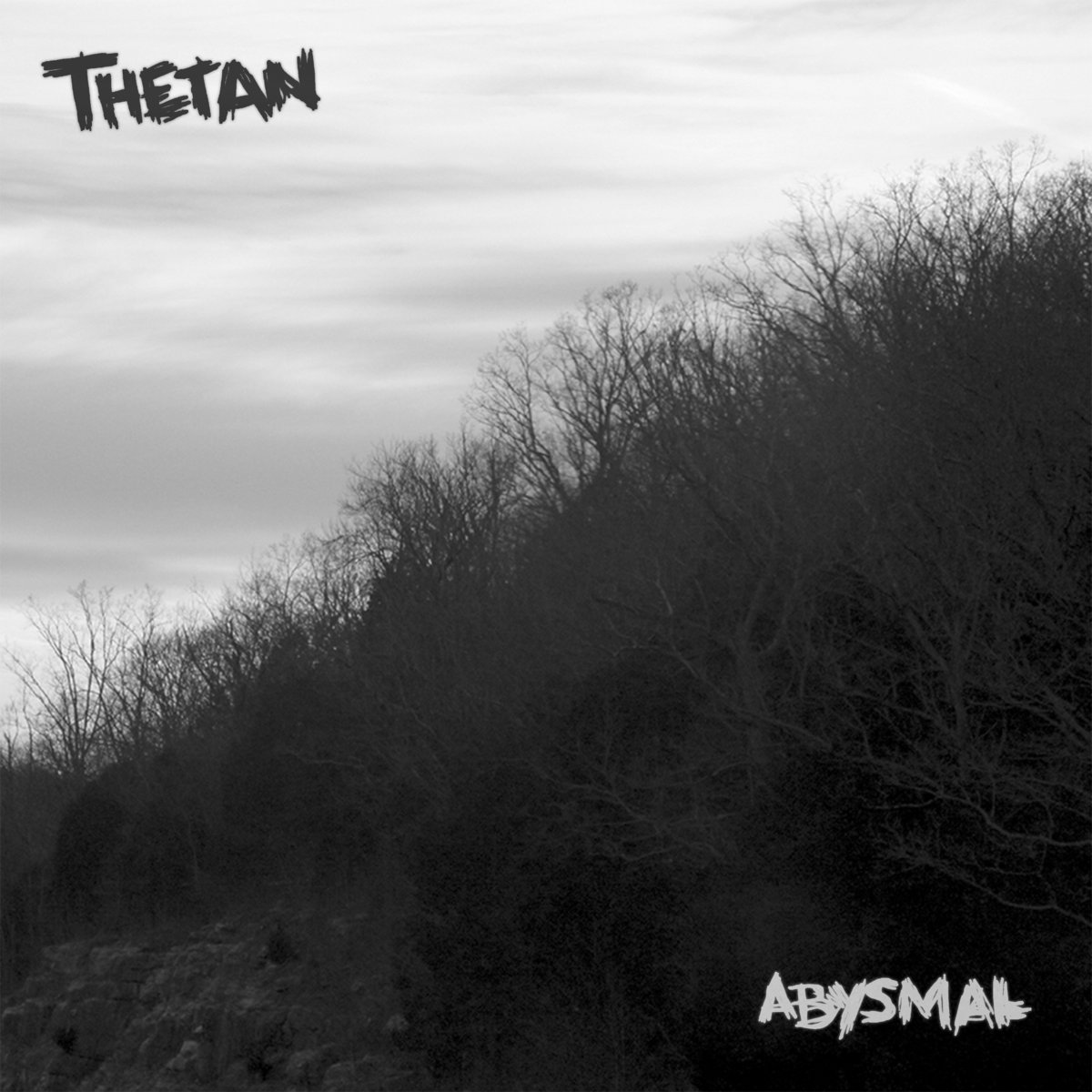 Hardcore/powerviolence duo Thetan has been writing bleak, violent material since 2011, but since 2014’s Laughed At By the Gods their output has been limited to small contributions for splits.  This year finally brings a new full length Abysmal, which brings eighteen tracks of sheer destruction in just under eighteen minutes.  For the uninitiated, where Thetan differs a bit from other bands of this type is in their choice of instruments as there’s no guitars, only bass and drums.  It gives the material a sound that’s even denser and bottom heavy than you might initially expect, and that feeling of being bludgeoned into dust proves to be quite appealing.

With none of the songs making it past the minute and a half mark, Abysmal flies by with sheer speed and only gives listeners a handful of moments where they can breathe before it comes to an end.  Anyone that’s familiar with hardcore, grind, and powerviolence are sure to find some of the blasting and deceptive pauses reminiscent of some of the better-known bands out there, but the bass tonality twists these elements in a way that comes off feeling not as cliché.  Thetan is heavy as hell and the bass notes weave around your eardrums with so much density that it feels like it’s going to pull you under and drown you in its murkiness.  When the duo pauses ever so slightly on tracks like “Welcome to Your Stupid Life” the bleak atmosphere really breaks through, which comes across as overly appropriate for the current era.  It’s also worth mentioning that as the tempo and noise level increases, the bass lines sometimes give off a bit of a Lightning Bolt vibe, and any band that can channel that sheer level of insanity gets my support.

With the bass and drums coming through with as much violence and rage you’d think it would be hard for the vocals to match, but Thetan is able to put their music over the top with high pitched screams that feel like they’re using every ounce of energy bassist Dan has.  Even with the sheer volume of the bass and drums his screams tower over the record and are downright spine chilling at times.  Listening to songs like “Shitdozer”, one has to wonder whether he has a voice left after performing live as the screaming is so bloodcurdling that it feels like it’s going to cut you like broken glass.  It may prove to be an acquired taste for some, but if you like your hardcore to be as harsh as possible Abysmal will keep you coming back for more punishment.

Thetan’s latest record has eighteen songs in eighteen minutes, but it’s the type of release you’ll want to keep on repeat and let it smack you around a few times in a row.  There may be some familiarities to the way the songs are constructed, but the overall tone of the bass riffs and some of the nuances of the individual songs distinguish Abysmal from quite a bit of the hardcore and powerviolence world.  The end times seem like they’re closing in, and Thetan’s happy to speed up the process.  Abysmal is out now on Anti-Corporate Music.