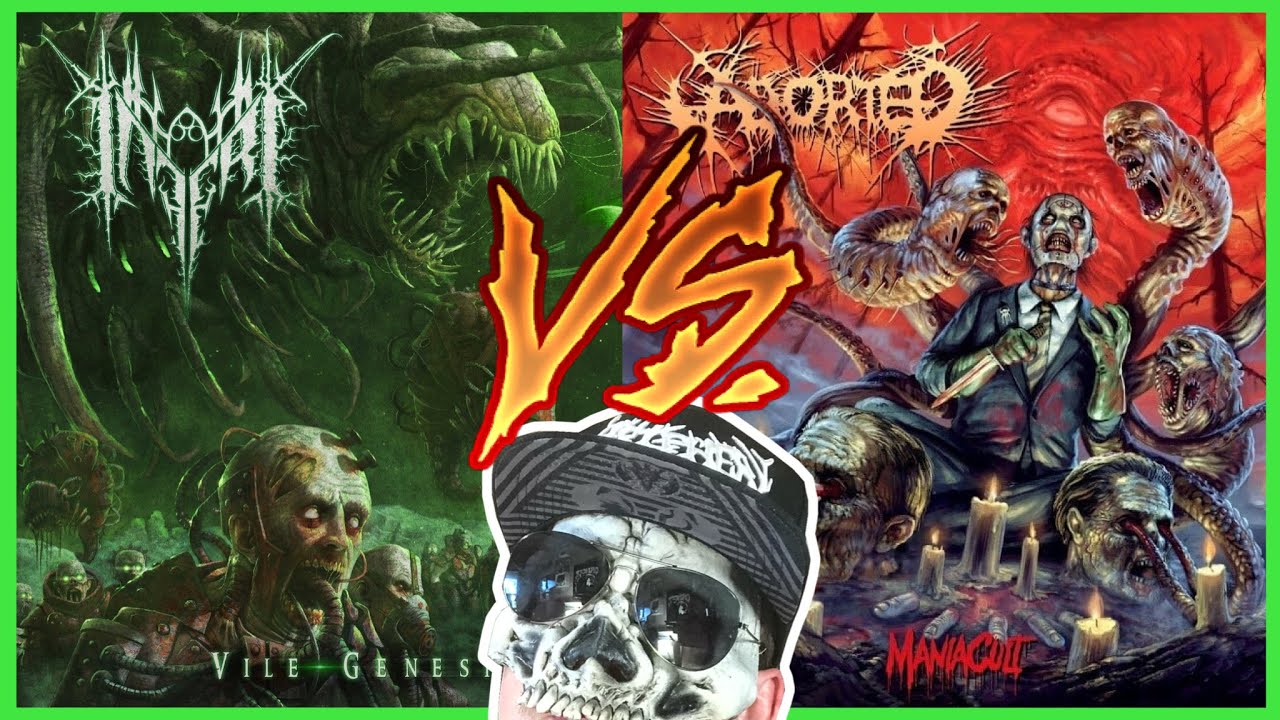 A faceoff review between new albums Maniacult from Aborted (Century Media) and Vile Genesis from Inferi (The Artisan Era). Aborted is a multinational death metal band fronted by Svencho de Caluwe with MANY albums under their belt already but recently on a hot streak with the likes of Retrogore and Terrorvision. Inferi is a melodic and progressive death metal band out of Nashville, TN; enthralling the underground with serious gems like The Path Of Apotheosis and Revenant. Both talentend bands in the genre recommended to fans of The Black Dahlia Murder in particular.