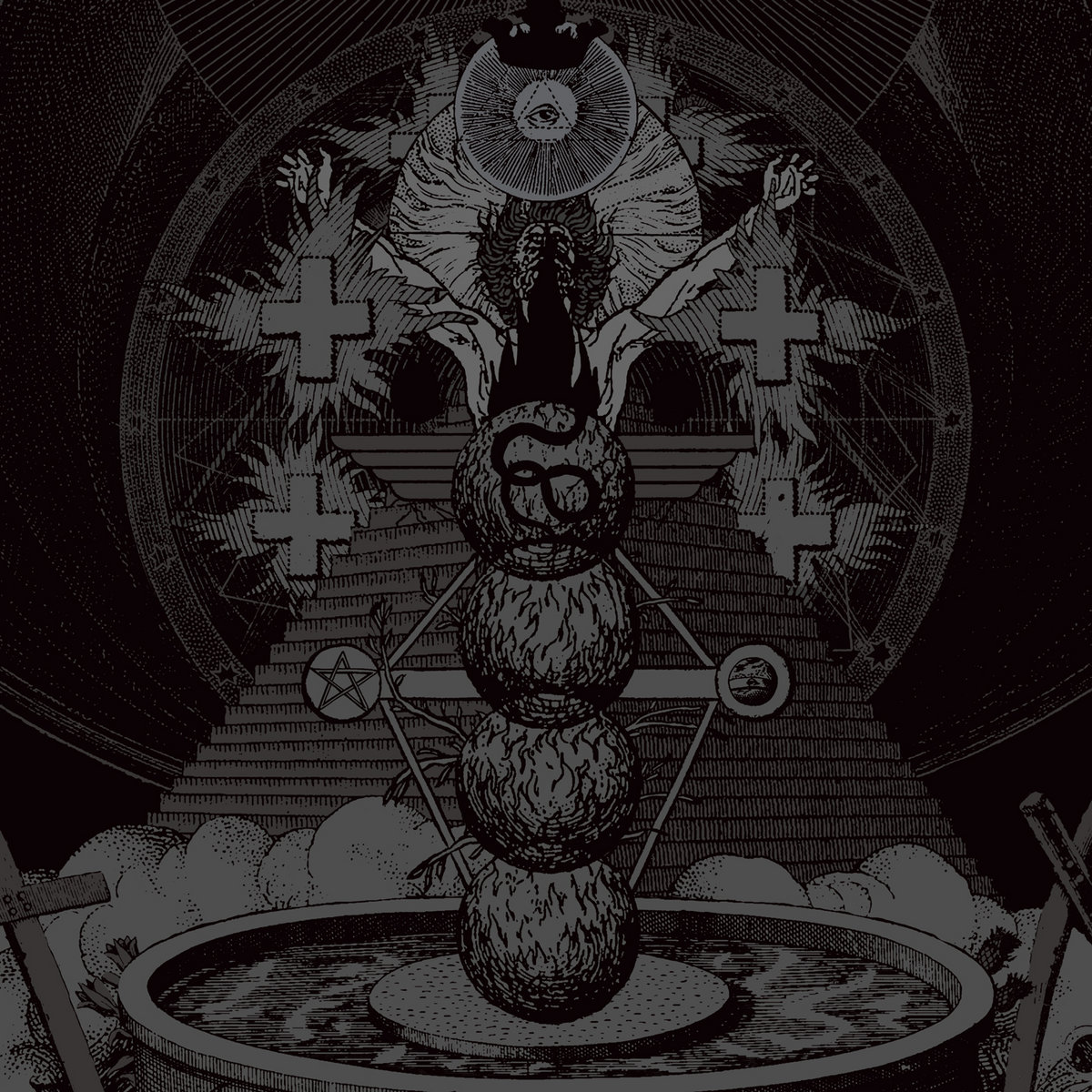 Ablaze
by Order of Orias

Australian black metal band Order of Orias has spent a long time honing their craft, putting out only a handful of releases since their inception in 2007.  Their last effort was a split with Aosoth back in 2015 where they contributed a lengthy thirteen-minute song and its been almost nine years since their debut full length, but finally the group has returned with their sophomore effort Ablaze.  In the years that have passed since Inverse the five-piece band is now a duo with Jarro Raphael providing session drums, but the core spirit and overall songwriting approach has remained.  There’s a bit more fury and faster tempos compared to its predecessor, and while the type of black metal Order of Orias conjures is familiar they deliver it with a level of polish and atmosphere that is truly convincing.

Despite the sheer amount of time that has passed between full lengths, Ablaze feels like a natural follow-up to Inverse and finds the speeding things up a bit more frequently and trimming some of the fat.  At forty minutes in length the material here is almost ten minutes shorter and Order of Orias uses this to their advantage as the slower sections don’t feel quite as drawn out as before.  There are still plenty of passages where the tempo does slow significantly and the guitar melodies sprawl outwards creating a swirling and tense atmosphere, but it does feel as though the band spends a bit more time at faster speeds bludgeoning listeners.  It’s the type of sound that anyone who’s familiar with black metal circa the mid-2000’s should recognize, as the production values are highly polished, and the writing emphasizes spine-chilling melodies that twist and turn around the chaotic base.  But despite the fact that these guys aren’t pushing significantly outside of the confines of the genre they do so in convincing fashion, and the atmospheric peaks on songs like “Blood to Dust” and “Crowned in Brass” have a significant amount of staying power that will keep listeners coming back.

A.S. has been with the group since the very beginning and his lower pitched growls and screams have been a notable element of Order of Orias’ material.  This is once again the case throughout Ablaze, as not only have the vocals been mixed so that there is a good deal of separation from the instrumentals but they have so much power and grit to them that it feels like each verse commands your attention.  Where a lot of black metal goes for one-dimensional screams that seek to deliver ear piercing attacks, A.S.’s approach has always felt a bit more dynamic and it feels like each passage is taking the listener on a journey into the unknown alongside the guitar leads.  It’s quite convincing and with each time through it’s clear that just as much time was spent honing the vocal work as the rest of the material.

While Order of Orias pulls from the same type of sprawling, shifting black metal where bursts of chaotic blasting and violence are mixed with moodier atmospherics and haunting melodies that quite a few of the Scandinavian acts have gone for over the past decade, their songwriting is a cut above many of the others out there.  This material remains engaging from beginning to end as it twists and turns with ease, and there’s a level of polish that justifies the lengthy incubation period.  Despite being on the more conventional side, there’s plenty to still be excited about when it comes to black metal and this group is sure to remind quite a few listeners of that.  Ablaze is available from World Terror Committee.