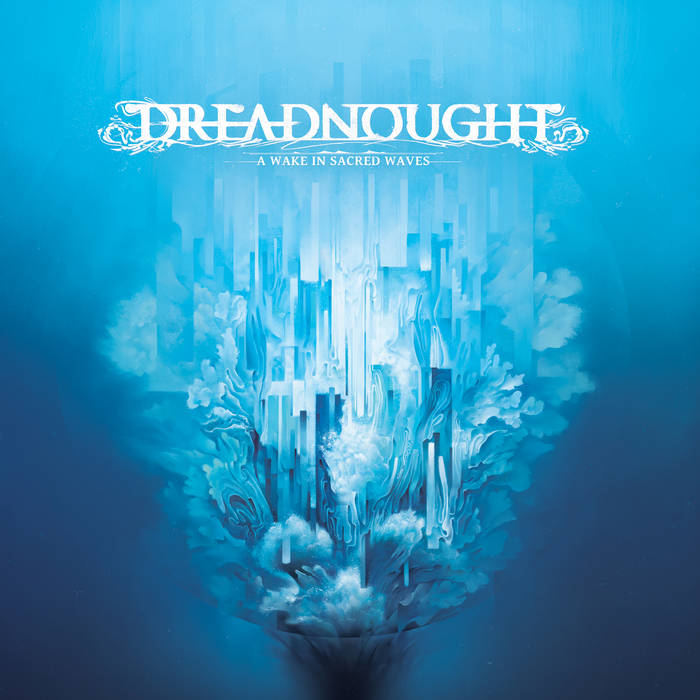 A Wake In Sacred Waves

A Wake In Sacred Waves
by Dreadnought

The Pitch: The third album from the highly talented, highly original, and heavily jazz-infused Denver doom metal band Dreadnought via Sailor Records.  “Each album is loosely based on an element,” explains Kelly. “Lifewoven was earth, Bridging Realms was ether, and this is our water album...This record tells a story about the process of life and death. A sea creature evolves into an apex predator, takes over everything, and then falls from grace. It mirrors humanity’s own existential struggle.” FFO: Beautality, Crown, Ihsahn

What I Like: Dreadnought is a band in the midst of an ongoing evolution.  They have distanced themselves from the purely "metal" aspects of their sound since their debut, which resulted in mixed feelings from myself on their last record.  While I appreciated the artistic integrity and unique vision of Bridging Realms, it felt somewhat unfocused.  A Wake In Sacred Waves finds the band showing a higher confidence in both sides; resulting in what feels like a more cohesive experience that is still highly explorative.

The jazz and 70's progressive rock elements are still an important aspect of the band's sound, so much so that I hesitate to call them a "doom metal" band at all.  Saxophone, piano, impressive drumming, flute, and of course Kelly Schilling and Lauren Vieira's stirring clean vocals form the bulk of the compositional direction of A Wake In Sacred Waves to a beautiful effect.  These 4 songs are expansive, engaging, and showcase Dreadnought at the top of their game.  And perhaps more so than on either of their previous efforts, the brilliance of the lengthy clean portions of the album make Kelly's sudden outbursts of blackened snarls all the more shocking and terrifying.  Darkness is always lurking somewhere in the periphery of this album, and every time it steps out into the foreground the results are quite stunning.

Critiques: I could always go for a few more moments of fire and brimstone, but really I don't have anything else to offer in the way of criticism.  It's nearly perfect.

The Verdict: A stunning experience of an album that I would argue is the best work of Dreadnought to date.  Harnessing top tier performances in progressive and jazz along with the perfect sprinkling of extreme doom, A Wake In Sacred Waves is a must listen album of 2017 and among the most innovative of the year.