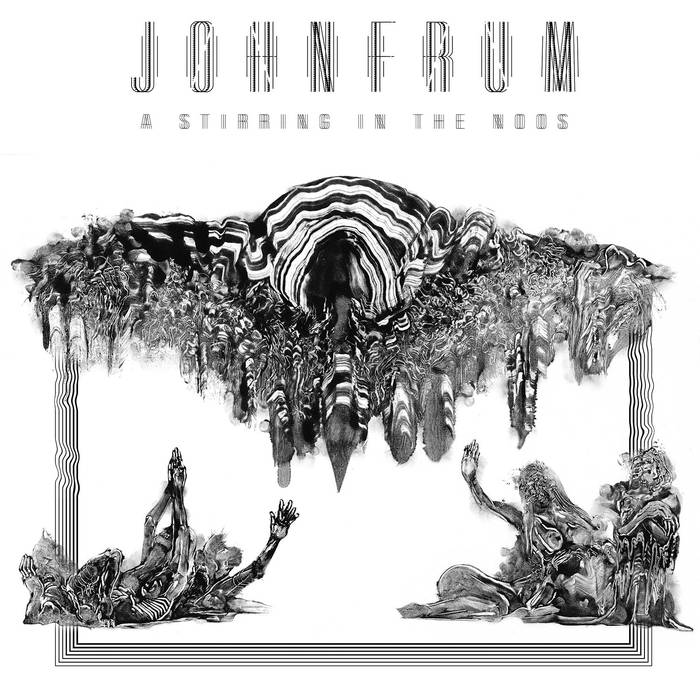 A Stirring In The Noos

A Stirring In The Noos
by John Frum

What I Like:  This is crushing, atmospheric death metal that relies on a pummeling low end to provide a hypnotizing groove.  It is a departure from the hyper produced, technical direction that a lot of death metal has gone in recent years.  The band focuses on crafting songs with a psychedelic and somewhat unnerving atmosphere, and they defintely succeed.  John Frum is what I'd imagine Neurosis would sound like if they played death metal.

All performances on the record are top notch, as one would expect from a band with such a stacked line up.  Derek Rydquist definitely delivers the goods in the vocal department, and shows that he is still a force to be reckoned with on the microphone.   The engineering adds so much to this record across the board.  The bass tones and drums in particular solidify the crushing psychedelic vibe the band is going for.

Critiques: The band tends to stick to one motif or section for just a bit too long.  It would be cool to switch things up a little more frequently.

The Verdict:  John Frum is Metal Trenches approved.  For an optimal experience, listen to it on maximum volume after eating peyote or butt chugging cough syrup.