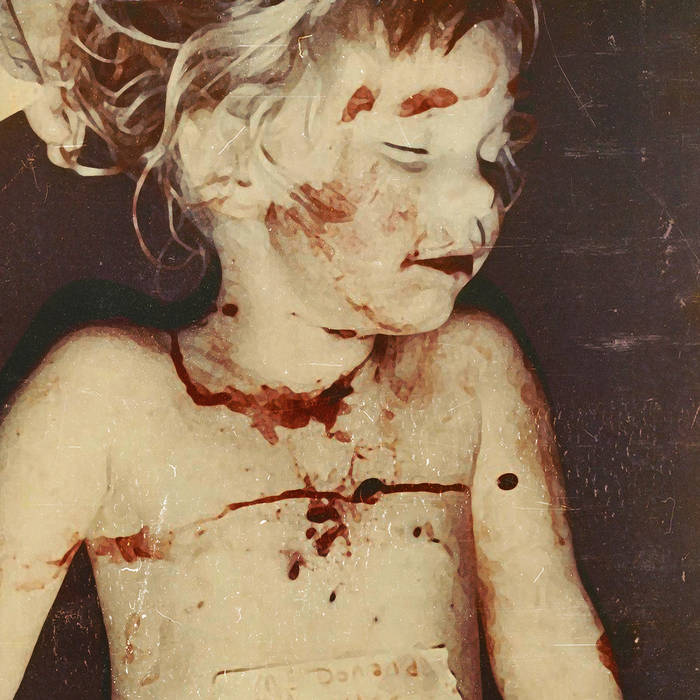 "The pain of life's journey does not relent. It beats against the soul's shores until the spirit is eroded. The child dies smiling, in the... bliss of eternal unknowing. Comfort is found in the abyss. The destination seems bleak, ingrained deep within us. In its depths, we find what we have known all along: 'Home'."

Numenorean is a atmospheric/post-black group from Calgary, Alberta that have been picking up a following lately with this new release, Home.  The album deals with the "longing for something that we as humans will never achieve" In reference to the off-putting artwork, the band states, "The little girl on the cover represents this final resting place for us – beyond our existence in this world. And our album title sums it up once you realize that she doesn't have to go through all the pain and sorrow of becoming an adult."  Fittingly, the music follows this theme very closely with its melancholic mixture of bliss and sorrow.

Were you not already aware that you were about to listen to a metal album, the opening title track might lead you to believe you were about to hear the latest indie rock release.  The major key, upbeat, even bouncy opening guitar riff shouldn't work for a post-black release, but it most certainly does.  Following in the footsteps of groups like Deafheaven and Ghost Bath, Numenorean finds that sweet spot between soaring post-rock and grim black metal.  In fact, I argue that these guys have employed the formula more successfully than their peers.  While these other groups tend to catch my interest with just one track, Numenorean manage to create a full album experience that is simultaneously heavier and more melodic.

I feel that this "heavier" factor is critical for a good post-black release, because carrying any semblance of the "black metal" moniker should require a certain level of grimness.  Home achieves this with aplomb from its theme and cover to the UADA-like snarls. I am seriously loving these vocals.  They have so much more presence than the whiny shrieks more typical of many other atmospheric USBM releases.  But the music isn't without its own darkness as well.  Even the peaceful reprise of instrumental "Shores" has a certain looming shadow that maintains some of the spirit of the genre.  A child dies smiling, indeed.

If you like to keep up with the latest genre fusions, or just dig highly atmospheric music that evokes a wide spectrum of emotions, Home should be at the top of your list this year.  These tracks take the listener on quite a journey, and it is one that I am glad to have taken.  Stream the whole album below.