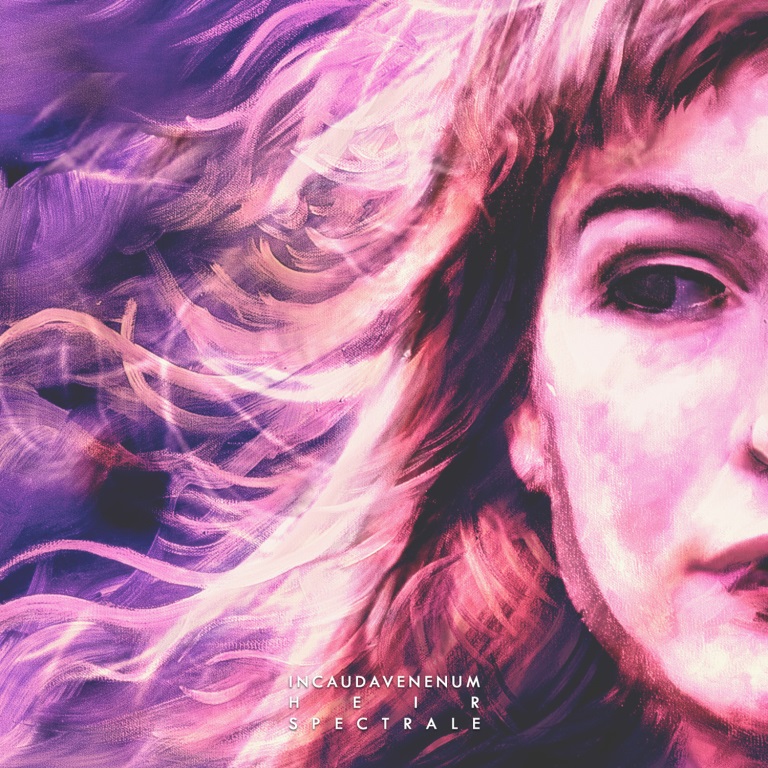 Three French groups, all displaying different takes on atmospheric black metal.   And all of this presented by the ever growing power of label LADLO.  What dwells within?

Let's start things off with Toulouse band, Heir.  "Descent" starts off as a sleepy meditation in drifting post-metal before erupting into a veritable torrent of abusiv bass kick and toms.  "Upon the Masses" is structured similarly, but catches the listener off guard by taking a shortcut this time into black metal fury.  Again, the drums lead the charge, but the ominous tremolo lines take matters a step further.  This being a longer track though, there are plenty of twists and turns shifting between delicate and dark.  But it's "Sectarism" that is my personal favorite.  While slightly simpler in structure, this track has an utterly infectious bouncy hook, tremendous harsh vocals, and some great progressive leanings to really get your motor running.  That closing mandolin(?) riff is fire.  Like the devil himself making an entrance into a spaghetti western.  Spectrale bandcamp page HERE.

On precisely the flip side, we have Spectrale, a duo reportedly influenced by diverse groups like Pink Floyd, Steve Reich, Ulver, and Magma. This band abandons most of the black metal elements of their peers on this split in favor of traditional acoustic foll arrangements.  That might sound dull to some of you, but these instrumental compositions are gorgeous.  Not simply throwaway interludes, these lush and fleshed out songs are rich with emersive atmosphere that brings to mind green forests, bubbling creeks, and rain softly dripping from leaves.   I love how these three tracks have been sprinkled around to maintain a nice flow of the album, but listening to them back to back was equally rewarding.  Do not skip.  Think Panopticon's softer moments.  More from Spectrale HERE.

Now I am pleased that everyone ended up pulling together on this split, but I'll admit that the original reason I took interest was due to the involvement of In Cauda Venenum.  I reviewed their previous LP during the infancy of this site, and their lengthy, yet engaging take on post-black turned me on to a lot of great music.  It also doesn't hurt that this is a cover of "Laura Palmer's Theme" from David Lynch's Twin Peaks, one of television's dark, hidden gems.  In keeping with their usual structure, their contribution is a single song, but it's the longest of them all at about 15 minutes.  Only so many bands can pull off such a song without wearing out their welcome, but this is by far my favorite moment of this split.  Every second, every corner; from the classy string arrangements (provided by Rapahël Verguin) to the buried vocals and mournful tremolo, kept me once more "on the edge of my seat."   I dare say In Cauda Venenum has topped both of their previous LP's arrangements by an impressive amount.  Simply stunning.  More from the band HERE.

LADLO pulls off another great success, and through pulling together 3 great bands for the price of one.  I am impressed not only in each group's individual contributions, but how they come together as a whole.  As we navigate between the three different but complimentary styles, a greater picture reveals itself.  And it is a picture worthy of hanging in even the highest of society's art galleries.  Hear it all for yourself this Friday.