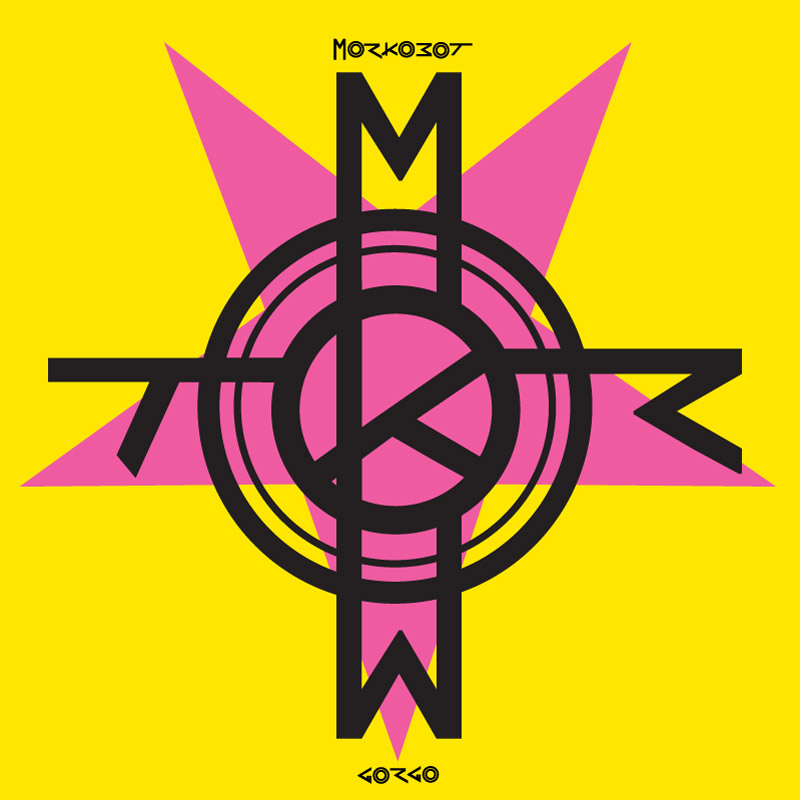 GoRgO is MoRkObOt’s fifth studio album, incredibly recorded in just 3 days at Lignum Studio in Padova, Italy.  The band is a trio consisting of two bassists and a drummer, respectively called Lin, Lan, and Lon.  No need for a guitar here, or anything else for that matter.  Heaviness is achieved quite proficiently with this lean lineup.  Slapping, sliding, and intense beats make this album a blast to crank on the stereo.  While others are filling out their sound with extra instrumentation, MoRkObOt prove that while that’s all well and good, it’s not a necessity.

Providing a firm point of comparison for GoRgO’s sound proves a bit challenging.  Both Rage Against the Machine and Death From Above 1979 due to the intense foundations of aggressive bass groove, but both of these groups still benefit quite a bit from their vocals and maintain fairly traditional song structures.  I also considered the recent Basses Loaded album from The Melvins, but this feels so much more energetic to me.  In the end, finding a parallel may not be so important anyways.  Just know that each of these songs is a testament to funky beats and bass player L33ts.

3 days.  3 days, people.  Could you record this many cranky tunes in 3 weeks?  That’s what I thought.  It might very well have taken me the better part of a month to come up with the perfect drum kick-off to the album and subsequent infectious Primusy hook of “Kogromot.”  They slap that bass like it owes them money.  And some of the sounds they get out of it are bizarre as on the alien-sounding “Kologora” and “Gorokta.”  The latter feels more like a laser battle than noise rock.  And then you have tunes that are just mean like “Ogrog,” but also take detours into brighter territory.

Pick your poison, but really any of these will do.  Even bass aside, I love the production on these drums.  I feel like I am right there in the studio feeling the sweat flying off the sticks.  It’s a thing of beauty.  You might think you can clank, but I doubt you can do it while being so damn groovy.  With the foundations of funk on their side, I have no doubt that MoRkObOt will only continue to thrive in their awesome little niche.  Don’t let it’s instrumental nature turn you off.  The strings will do the talking.