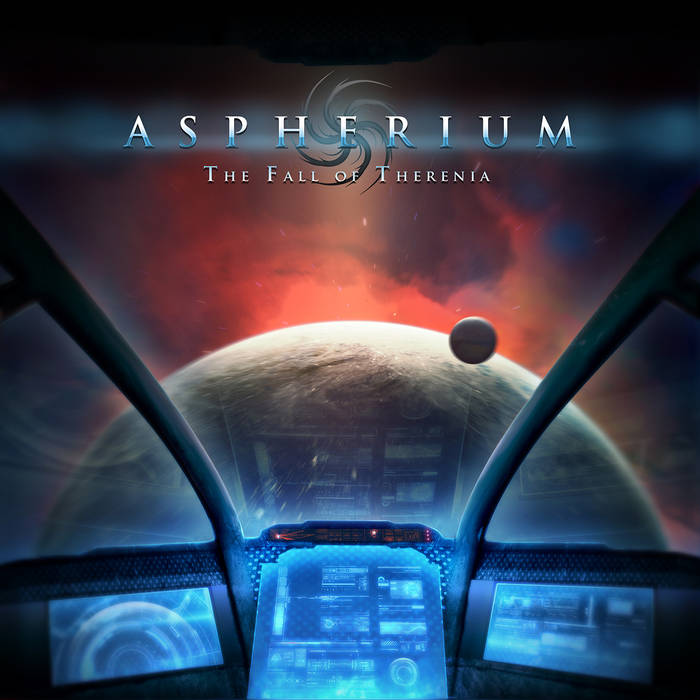 Sometimes an epic opening track just can’t deliver a great album. With Aspherium’s sophomore LP, that would be wrong. Dead wrong. It opens with a really neat fusion of a Babylonian, Behemoth-sounding riff with a more melodeath sound similar to Mors Principium Est. These fusions will become a pattern as the album goes on. After only the first 3 minutes, it is clear that these guys are not afraid of time changes. Paradoxically, transitions can be quite jarring yet seamless at the same time. Two arrangements will be completely different without clashing. The opening track change from the pummeling, straight-forward intro riff to the slower, more technical verse riff is a good example.

Zeroing in a bit more on the guitars, they sport a similar prog metal approach to that of Enslaved, but will employ effects-laden leads to help them stand out. That is just the tip of the iceberg. Riffs. So many riffs. I wasn’t counting, but I would estimate that the first track alone showcased at least 10-12 unique riffs; all of them excellent. And as I mentioned before, they run an impressive gamut of styles. There are the faster thrash/melodeath moments, 80’s era Metallica leads, space rock, blackened death, and blackened prog. Speaking of the latter, progression is not only great within each track, but from song to song as well. Quite often I wasn’t even sure when we had moved on to the next one.

The drumming and bass work are plenty impressive as well. While the latter doesn’t venture out on its own much, it sports a warm, thunderous tone that compliments the mix. As for the kit work: double bass. Lots of it. But all the while patterns are changing with the snare, toms, and cymbals to create different rhythms and sounds. If the guitar is the album’s landscape, the percussion provides a rich texture to bring it into the third dimension. Their sheer ferocity also helps the quieter moments of the album stand out through their absence.

This is a concept album, and as such the lyrics are very theatrical. I would equate the story-telling approach most with that of Coheed and Cambria. This comparison fits not only due to the sci-fi content, but also in how the story just pushes forward while melding so well into the music that you can choose to follow it or ignore it completely. I feel this is the mark of a good concept album, as it lends itself better to casual listening and live playing as well. Despite being from Norway, the vocals sound more akin to the Finnish melodic metal bands popular right now. At times the cadence also brings to mind Mastodon, while the straight death growls are closer to Belphagor. Clearly there is some variety, but the vocals are probably the least exciting part of this album for me. They are good, but aren’t quite on par with the excellence of the other pieces. There were also the occasional lyrical arrangements that just irked me, such as the “we must find another way” part of the lengthy closer, Reality Unfolds.

Overall, this is a stellar (space pun, har har) album and a crucial late addition to my Top 10 metal albums of 2014. What is probably most impressive to me is that despite the number of influences I listed, the styles are played so well and combined so skillfully that it truly allows the band to create something unique. Not once did I feel like Aspherium were shamelessly appropriating. Rather, they have provided what feels like a culmination of what metal has done for the last 20 or so years. Recommending a few standout tracks, Landfall is just epic, The Fall of Therenia sets the stage perfectly, and As We Light Up the Sky even sports Spanish guitar and a very 70’s rock and roll solo. Seriously, listen to this album today. It is streaming in full on Youtube as of the time of this writing. You can purchase a digital copy or the much lovelier digipak through the band’s website.

Note: this is a repost of my review at Metal Archives.