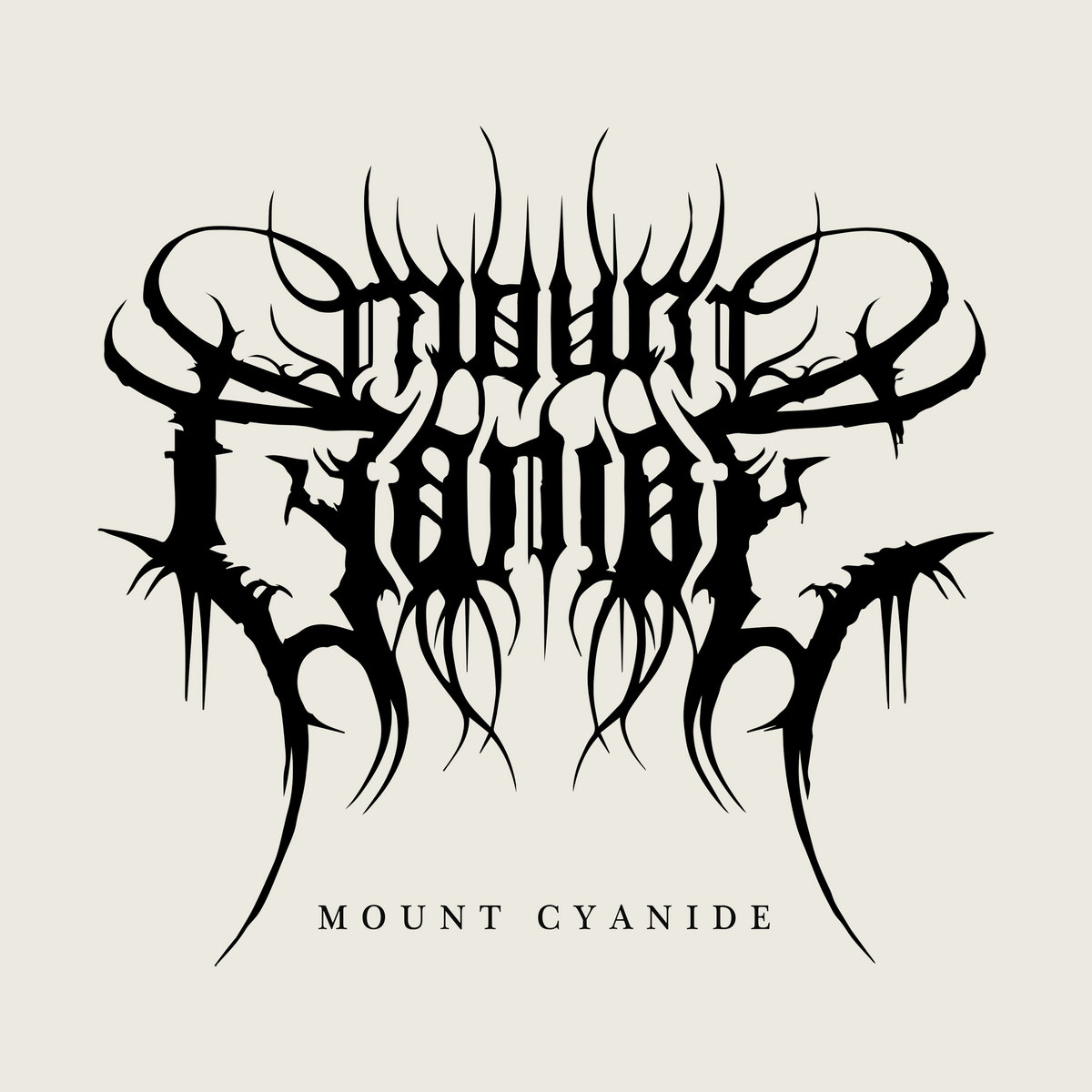 Toronto’s Mount Cyanide may be a new name, but the trio has members who have been a part of other bands in the rock and metal worlds for twenty-five years.  For their self-titled debut, Mount Cyanide has doubled down on the extreme metal side of the spectrum channeling elements of black metal, death metal, and doom as well as some noise rock.  Yet while all these separate genres bring specific sounds to mind, these guys head off in their own direction that experiments with equal amounts of abrasive riffing and softer melodies that sweep you off your feet.  It’s a quick burst that is over in just half an hour, but there’s a lot for listeners to latch onto in each song and this makes the album another highlight in a crowded year.

It’s enjoyable to listen to a band like this where they seem to shapeshift from one song to the next yet there’s a sense of cohesion between all the instrumentation.  The opener “Malabar” serves as a reminder that at the core of Mount Cyanide’s sound is metal, as the guitar and bass work have a good amount of black metal influence to it, only to expand outwards towards sludgy melodies that immediately fill out the atmosphere up a notch.  From there the instrumentals hop between these two sides on a regular basis, kicking you in the teeth with a sudden blast beat or black/death metal tonality, only to shift over to a noise rock passage or a sprawling melody.  But some of the moments that stand out the most are those where Mount Cyanide seems to back off entirely and let the somber moods and darker imagery drive things forward like on “Late Riser.”  On this track the harshness dies down for the first half, with a driving bass line giving off more of a spaghetti western vibe before it climaxes in a burst of noise.  There’s a bit more experimentation to the songwriting that makes Mount Cyanide far more interesting than your cookie cutter extreme metal band, and the way they hop between these harsh outbursts and softer breaks reminds me of the latest Today is the Day album a bit.

The vocals follow the same back and forth between softer and abrasive elements as the instrumentals, leaving plenty of small details for listeners to discover as they spend some extended time with the material.  When the riffs are at their most extreme and blasting you into oblivion, Mount Cyanide’s singer Sewell has a raspy scream that’s so gnarly and distorted that it feels like it can rip right through your skin.  This style alone would have sold me on the album as it adds so much abrasion to the songs even when they mellow out a bit, but it quickly becomes clear that there’s a lot more to discover.  On the aforementioned “Late Riser” the screams disappear and low-pitched singing that sounds a bit like Steve Von Till at times take over.  It’s an unexpected direction that the group uses to their advantage, and my hope is that we get even more of this style moving forward.

On their debut Mount Cyanide crams a little of everything metal and noise rock, hitting listeners with the types of fast paced, aggressive riffing along with mellower passages that have a more somber, cinematic feel to them.  Despite the brevity of the material, there are quite a few songs that are likely to stick with you and encourage repeat listens to discover all of the nuances hiding under the surface.  It’s clear that these guys have taken their wealth of experience and depth of musical influences and woven them into something a little outside the norm, and hopefully this is just the beginning.