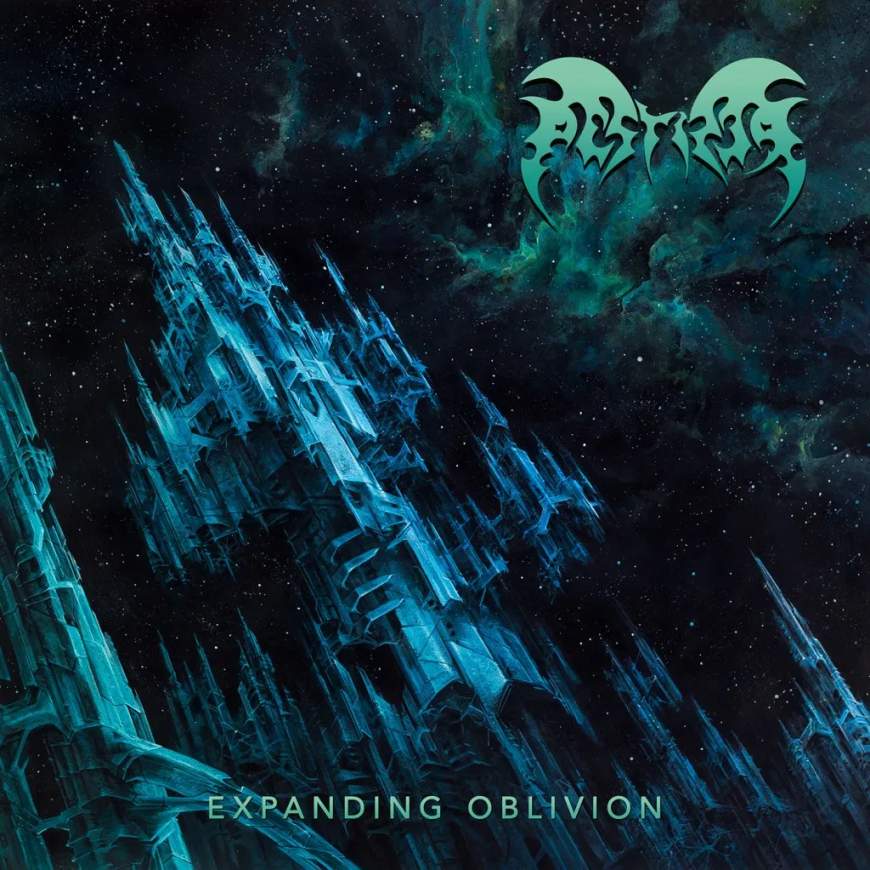 Belgium’s Pestifer may not have gained the same level of notoriety as some of the other technical and progressive oriented death metal bands out there, but they’ve remained a consistent force in the genre over the past sixteen years.  Since their sophomore album Reaching the Void in 2014 they’ve gone through some lineup shifts and are now down to one guitarist from two, but you wouldn’t know it given how immense their newest effort Expanding Oblivion sounds.  Where a lot of newer groups in this area of death metal have gone for clinical and compressed records, Pestifer recalls the genre’s earlier days with a warm yet pummeling tone and prominent bass lines.  There’s an emphasis on songwriting that sends listeners on a journey filled with complex riffing and otherworldly atmosphere, but what separates these guys from the packs is their ability to provide substance instead of nonstop technicality that fades from your memory.

The overall approach that these guys are going for may feel familiar, but that’s not a bad thing when they’re taking influence from some of the better bands death metal had to offer in the past few decades.  Pestifer’s songs feel like a journey into the unknown from beginning to end, weaving in blasting and haunting melodies that give off an alien and mysterious feel alongside them.  There’s quite a bit of technicality to the riffs and how they change on a regular basis, but rather than simply trying to be a display of showmanship the band has written songs that have depth and passages that hook the listener.  This works to their advantage as Expanding Oblivion strikes a fine balance between death metal for music nerds and death metal for listeners that want to zone out and be bludgeoned and soothed in equal capacity.  It often feels like a combination of Death, Atheist, and Gorguts in equal capacity but Pestifer never falls too closely to any one formula and shakes things up enough to hold your attention.  The production is worth mentioning as it has an old-school vibe with how crunchy the drums are and how prominent the bass lines are, but there’s a bit of a modern sheen that gives more weight to the instrumentals and gives the melodic elements more space to breathe.  As you make your way through Expanding Oblivion there does begin to be some patterns that feel familiar and I did find the first half of the album to stand out just a bit more, but as a whole this is high quality death metal that offers up just the right dose of progressively oriented writing and technical ability.

Vocalist Jérôme Bernard has a deeper growl that towers over the recording and adds to the aggressive side of the material.  He has one of those growls that seems to get fuller with each verse as it spreads outwards, and his pitch is able to deviate just enough that it avoids feeling too one-dimensional as you make your way through Expanding Oblivion.  It helps that Pestifer’s writing style allows for plenty of instrumental passages and give Bernard some space between each of his verses, as it lets each one come through with the maximum amount of power that puts the music over the top.  There’s plenty of death metal vocalists that listeners are sure to be reminded of here and the group does them justice with the performance on this album, giving plenty for you to latch onto.

Six years is a long time between records but it’s clear that the longer incubation period has been well spent.  Pestifer is able to sweep listeners into songs that have complexity and hooks at the same time, striking a similar balance that made some of the earlier technical and progressive death metal bands so appealing.  They may not be as well known as some of the others out there, but hopefully this album will be able to change that as there’s something truly appealing when the bass lines pop out this much and the constant shifts beckon you into the murky unknown.  Expanding Oblivion is available from XenoKorp.